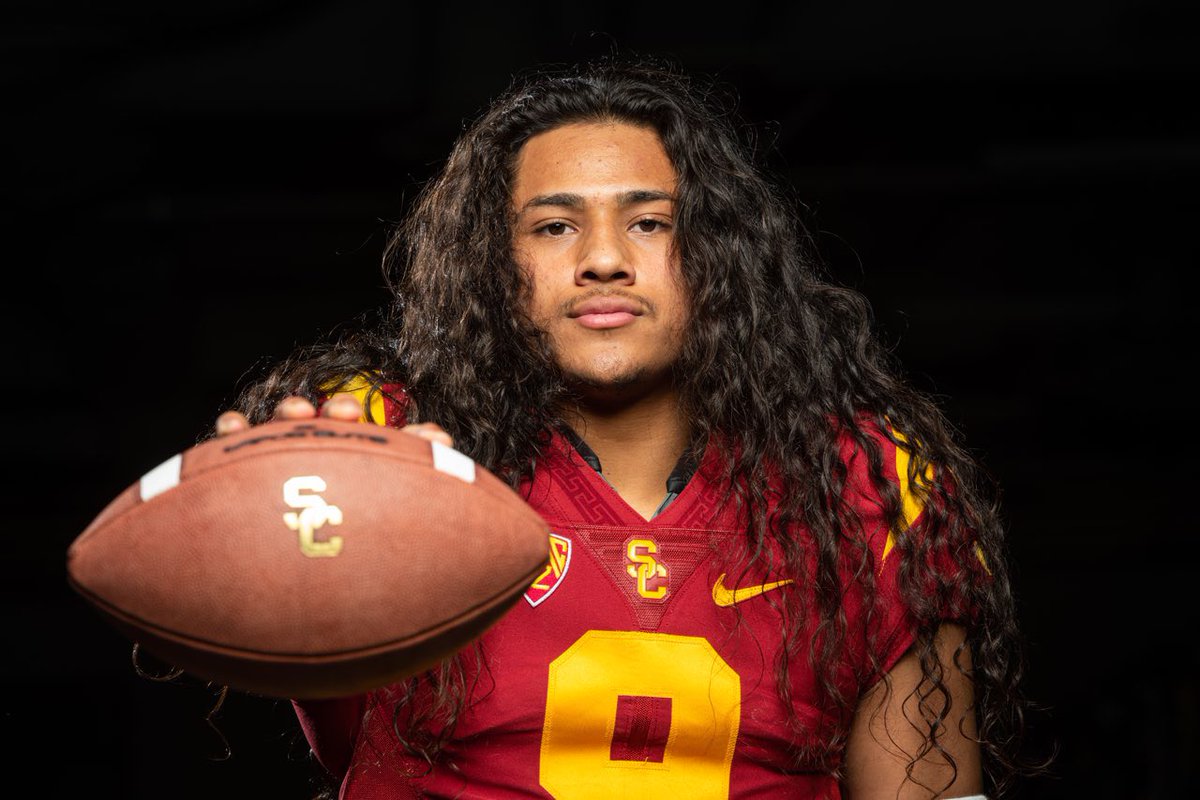 Check here for all things signing day as USC looks to put the finishing touches on its 2019 recruiting class.

7:00 AM Update: USC got things started early Tuesday night, as safeties Dorian Hewett (Houston/North Shore) and Jayden Williams (Corona, Calif./Centennial) verbally committed. Both are prospects who received late interest in the Trojans and USC was able to quickly win recruiting battles against Pac-12 program. Hewett is a former Syracuse commitment who selected USC over Syracuse, Utah, and Washington. Williams was also considering Washington.

7:30 AM Update: USC has officially held onto wide receiver Kyle Ford (Orange, Calif./Orange Lutheran). It’s a huge win for USC, as Ford was heavily considering Oregon and Washington before committing to and eventually sticking with USC.

Amy Donaldson of the Deseret News reported that wide receiver Puka Nacua (Orem, Utah/Orem) will not sign with any school on Wednesday. Nacua is a USC commitment, but rumor winds were swirling that he would sign with Washington on Wednesday. Oregon, USC, Utah, and Washington will likely continue to battle for the terrific wide receiver.

The good news in the defensive secondary continues as cornerback Adonis Otey (Murfreesboro, Tenn./Blackman) announces his flip from Arkansas to USC. The Trojans needed corners and safeties in this class and new secondary coach Greg Burns has done a phenomenal job closing out this class.

RESPECT MY DECISION OR JACK ABOUT IT ? pic.twitter.com/l20Rhh4D45

9:15 AM Update: Kyle Ford, Adonis Otey, and Jayden Williams have been officially announced by USC. I think it says something that Ford was announced so quickly. There is a ton of excitement about what he brings to the wide receiver position. We’ll see if he’s ready to fully contribute his first year as he is coming off an ACL tear that cost him much of his senior season. More than enough people have referenced Ford as one of those “special talents” that it’s exciting to think about his potential impact moving forward.

Eric Zizkin, USC’s Assistant Athletic Director of Recruiting and Player Personnel, has a signing day tradition of tweeting out the number of letters of intent that have been sent in to USC. He just tweeted an update that shows 27 total signees for the class. USC started the day with 19 signees from the early signing period. Adding Ford, Williams, Nomura, Otey, Hewett, Kaulana Makaula, and Jaylen Watson would take them to 26, which presumably means there is at least one more signee coming at some point today. Offensive tackle Hunter Hill (Orem, Utah/Orem) is scheduled to announce later and is choosing between USC, Utah State, and Washington State. USC can bring in as many as 29 signees in this class.

(Update: The Trojans actually came into the day with 20 signees from the early signing period, as Bru McCoy still counts against this class, despite his transfer. That brings USC’s total to 27 signees.)

10:30 AM Update: Offensive line target Enokk Vimahi (Kahuku, Hawaii/Kahuku) signs with Ohio State. USC held a big lead in his recruitment for a long time, but Ohio State gained a ton of momentum with a late offer and an official visit. Vimahi needs to add some bulk and is scheduled to serve an LDS mission following his freshman season, so he likely wouldn’t have contributed much on the field immediately, but USC isn’t really in a place right now where they can miss on any offensive line targets, so this still stings a bit. The Trojans still have an opportunity to add to this position today, however.

12:00 PM Update: USC chased Alabama running back commit Keilan Robinson late in the process, hosting him on campus for an official visit this past weekend. But Robinson signed with the Crimson Tide today, boosting what was already a phenomenal Alabama class. The Trojans also hosted TCU commit Darwin Barlow on an official visit, but the Texas running back signed with the Horned Frogs today.

USC also missed out on offensive tackle Hunter Hill (Orem, Utah/Orem), who signed with Utah State. Hill was a developmental prospect, but seemed to have the frame of an Air Raid offensive tackle. It’s also another miss along the offensive line, where the Trojans needed bodies in this class. Offensive tackle Dawand Jones (Indianapolis/Ben Davis) looks to be the last potential target out there today, though he appears all but a lock to Ohio State. It will be interesting to see if the Trojans try to go the transfer or grad transfer route for offensive linemen in the coming weeks and months.

3:00 PM Update: That’s it for signing day 2019. Head coach Clay Helton announced seven new prospects signed today, bringing the total signing class to 27, including Bru McCoy, who has transferred to Texas. That likely leaves USC with the possibility of bringing in two additional prospects via late signings or transfer.

Would like to welcome the newest members to the Trojan Family! You are now part of a tradition that is unlike any other! #FaithFamilyFootball #FightOn pic.twitter.com/p5oKWMZCdL