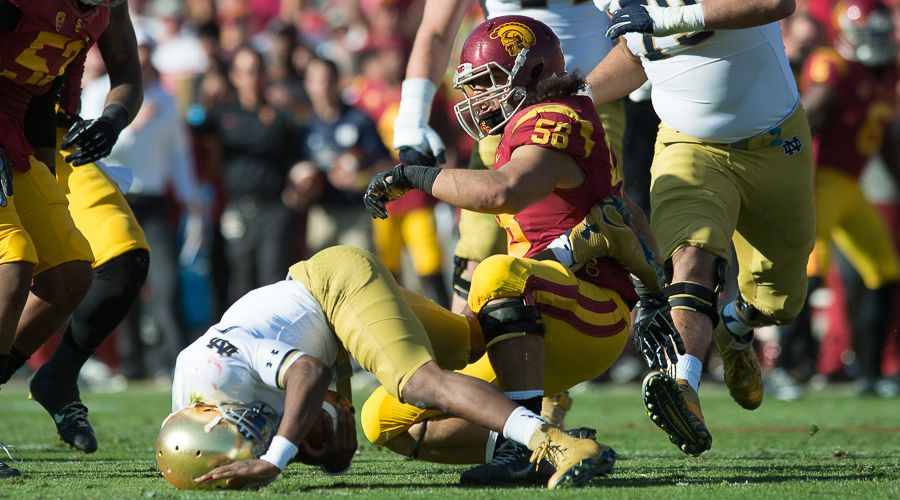 1. Give your biggest takeaway from the Trojans dominating win over Notre Dame.

Garry Paskwietz: To me it was the way the team responded to what happened the previous week against UCLA. There’s no doubt the loss to the Bruins had a different feel to it so for the Trojans to turn around and put together their most complete game of the season against their other traditional rival was a big statement for Steve Sarkisian and his program. The Irish may not have been at their best but the Trojans will make no apologies based on the realities of their own roster numbers either.