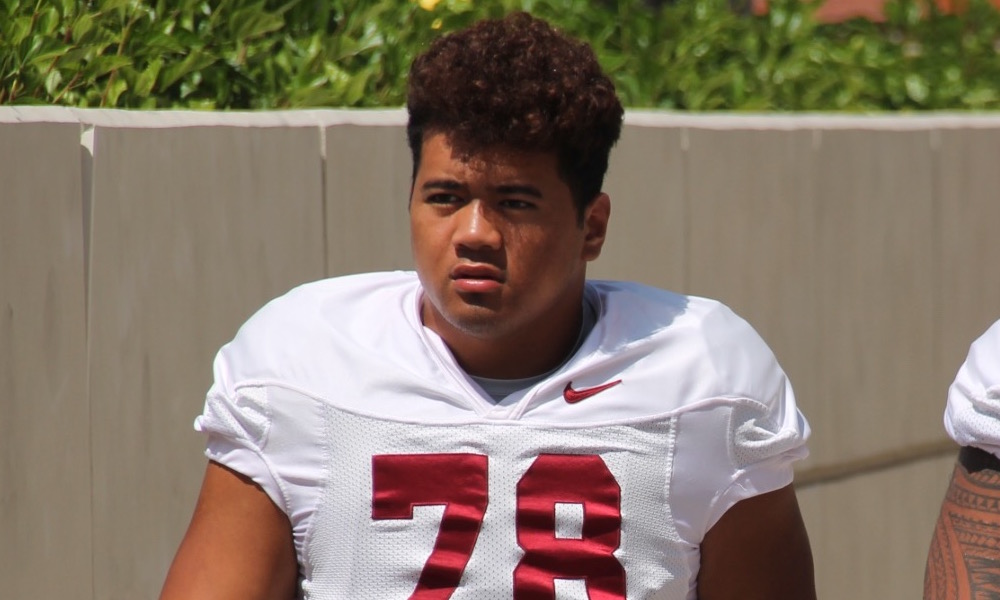 This week, the WeAreSC staff gives their picks for the offensive and defensive breakout player of spring ball.

I really like Brett Neilon, who will battle with Dedich for the starting center spot. But I think Dedich is the kind of guy who can set the tone for the interior of an offensive line for several years. It’s not often that you can’t guarantee a starting spot for a potential breakthrough guy, but if Neilon wins out at center, I can see Dedich forcing his way into the lineup somewhere.

I’m always intrigued by guys going into their second year in the program, because that’s when most guys make the biggest leap. This is still a few months early in terms of a second full year, but I think McClain takes advantage of his pass rushing skills and makes some noise on the outside this spring.

It seems like we’ve only had glimpses of Markese in games and what we’ve seen is very intriguing. As we have said many times, this is a LenDale White clone who should fit nicely in this new offense and looks ready to roll.

We all saw what a talent this former Hawaiian prep superstar was last spring practice, and the feeling here is that Kana’i is ready for extended duty, which should showcase his wealth of talent.

I don’t yet have evidence to support this one, but this is a guy who really has too much talent not to be great.  The move from Callaway to Drevno should be huge for him (all of the O linemen, really), and it’s now time for AJ to live up to his five-star billing and wow NFL scouts.  He has good size, long arms, great feet – all the tools.  Now it’s time for the young man to choose to be great and put in the required work.  I hope he does.

I’m going to stay away from the two defensive players that spring immediately to mind: EA and Hufanga. So I’m going to go a different direction on defense: Jay Tufele.  Tufele was a good player last year.  I think he becomes unblockable this year.  He has a deep reservoir of experience now, he’s had another year to mature in the weight room, and he should benefit from an upgrade with his position coach.

On offense there are plenty of good choices, but I’d like to see Markese Stepp and see him really get reps to learn the full new playbook, pass blocking, pass catching and running the ball, not just 3rd and short, but on first down as well. We are going to need depth in running backs this season.

We need edge rushing help on defense. I’ve always liked Echols’ background and practice work ethic. Maybe he gets the minutes and attention to grow and advance his skill set. We need a dynamic play maker in the OLB position. Iosefa is solid but hasn’t been disruptive. Whether that is by design or otherwise some additional depth and real competition can only help.

I’m intrigued with Australian punter Ben Griffiths. Flipping the field with great punting is a huge weapon we haven’t had available for some years now. This capability would be a major uptick in defense effectiveness by stretching the field. We’ll see.