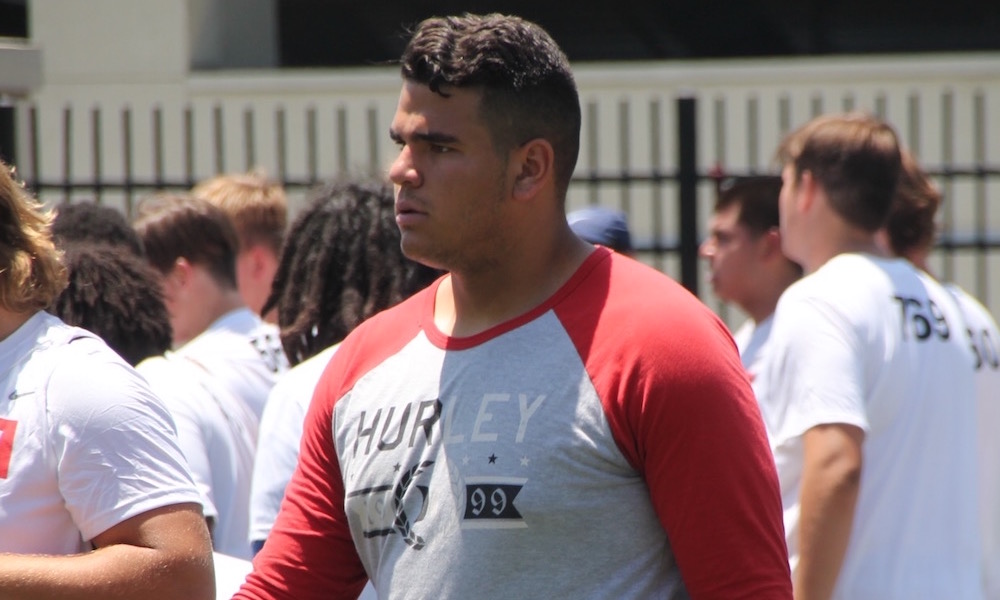 This week, WeAreSC staffers offer their takes on the biggest hit and biggest miss of the 2019 class, then spin things forward and look at the three “must-haves” in the 2020 class.

Kyle Ford is the best player in this class, but nobody filled a need like Rodriguez. USC had to have offensive linemen in the 2019 group, and with Rodriguez in the fold early, it looked as though the Trojans would eventually stockpile a number of elite West Coast linemen. But each time those prospects chose other Pac-12 programs, Rodriguez’ stature in this class grew bigger and bigger, until he eventually stood as the biggest and most important signee.

It’s not often that Southern California produces the No. 1 prospect in the country, so allowing defensive end Kayvon Thibodeaux to go to Oregon was a hit in terms of perception. But in reality, USC’s biggest miss was not bringing in depth along the offensive line. Jonah Tauanu’u (Oregon) and Sean Rhyan (UCLA) were the headliner misses, but there were several other linemen in the region that would have been solid additions to this class. Now, the Trojans have brought in just five offensive linemen over the past two classes and likely need a big number there this year, in what will be a small class.

The Trojans can’t afford to miss out on California’s No. 1 prospect two years in a row, especially when it’s a prospect who was leaning their way early in the process. Flowe is the best local linebacker prospect in years and an instant-impact guy.

USC just signed a ton of cornerbacks in this 2019 class, but none are at the level of Ricks, who is an early commit to LSU. USC is going to stay in the picture for him throughout his recruitment and the combination of him as a Mater Dei football player and an elite cornerback is something USC simply cannot miss on.

It isn’t a great year for offensive linemen in California, so USC can’t afford to miss on Murao, a terrific linemen and another Mater Dei prospect.

Drake was already considered one of the best nationally, but his performance in practices and in the All=American Bowl put him in elite status. His upside is excellent and is now gaining weight, which could allow him playing time in 2019.

I suppose you couldn’t say WR Bru McCoy because he actually attended classes at SC before transferring to Texas. However, I am going with a tie between offensive linemen Sean Rhyan (UCLA) and Jonah Tauanu’u (Oregon) because of the Trojans unquestioned need for quantity and quality O-linemen that play tackle.

The good news here is that Bryce is already committed and is on record as saying he loves the new offense and is all in with new OC Graham Harrell. No way should the Trojans lose or botch this Mater Dei Monarch.

This kid is the stud linebacker in Southern California, and some say he is the best in the country. From the outset, it appears that he is a strong USC lean, so it would be imperative that the Trojan coaching staff shows the love and attention till the early signing period.

The Trojans need offensive linemen, especially tackles. Although Myles is considered a guard at 6-foot-3, he may be the best O-line prospect in SoCal, and the Trojans are also in need of guards. Bottom line: Another nugget said to be favoring the Trojans, so this may be USC’s to lose. A must get, especially since he’s also a Mater Dei Monarch.

Rodriguez was SC’s biggest get in my opinion because offensive line was a big priority this past recruiting cycle. Jason is a keeper due to his size, and his commitment to being a Trojan.

Unfortunately, there were several contenders here, but due to the same logic above (offensive line as a priority), missing out on OT Jonah Tauanu’u of Narbonne High School was a big hit to the class.

At around 6’2, 215lbs, Milton has the great combo of size and speed to make an immediate impact in college. He runs with great patience and vision in between the tackles, as well as on the perimeter.

The prototypical middle linebacker prospect has been on SC’s campus so many times that you might think he’s already on the roster. An intense competitor, Flowe plays with physicality and smarts.

An anchor on the Mater Dei HS offensive line, Murao is a big “must get” for the Trojans in the 2020 recruiting class.