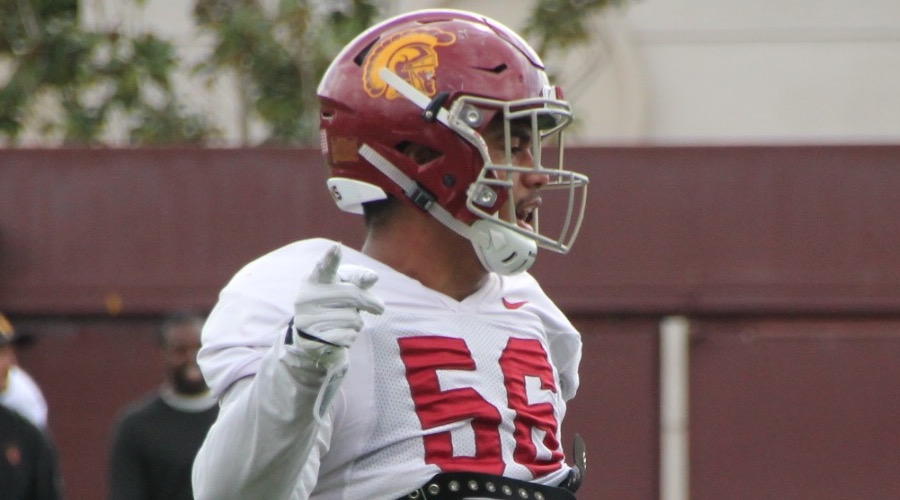 The Trojans are going to need to run the football to help maintain drives, control time of possession and dictate the pace of the game. There were 232 rushing yards against Western Michigan, a nice number, but the Trojans only held the ball for 25 minutes of the game. The Broncos, on the other hand, had 35 minutes with the ball and that stat played a big role in keeping them in the game. Clay Helton praised a 1-2 punch in the backfield, veteran OL play, excellent perimeter blocking and the poise of Sam Darnold, but all of those elements will need to step it up this week against a different level of physical opponent. And the DL will need to hold the line of scrimmage better than they did last week too.

USC’s run defense vs. Stanford’s ground attack. To say that the Trojans defensive unit had its struggles this past weekend would be an understatement. Players were missing tackles with regularity, particularly early on, and the defensive line found themselves being pushed around at times, with Western Michigan ultimately racking up 263 yards on the ground (161 in the first half). Thankfully for the Trojans, Cameron Smith will be available to play the entire game this Saturday. But it’s going to take more than just that against a physical Stanford rushing attack led by Bryce Love, who racked up 180 yards on the ground in Week 1. Will we see more of a base look from Clancy Pendergast this week, rather than the Nickel alignment we saw during a majority of this past weekend’s game? Will we see some personnel changes? It’s obvious that some adjustments will need to be made this week for the Trojans to have a chance in this match-up.

There is no question in my mind that the key match-up on Saturday will be the war between the Stanford offensive line and the Trojans defensive line and vice versa. If the Trojans are going to beat the Cardinal and validate their high ranking and aspirations of a Pac-12 South Division title, Pac-12 title, and an invitation to the CFP, they’ll have to prove they can hang in there and slug it out physically with the best of them. And Stanford would qualify “with the best of them.” The Trojans offensive line will have to be the leader in allowing the Trojans to run a ball control, time of possession attack, keeping the Stanford offense on the sidelines. Conversely, the Trojans defense will need to prove it can man-up against a traditional Stanford power running attack and put pressure on the Cardinal quarterback, as well.

Key matchups to watch 1) who starts at the 1 or 3 technique position for us vs. Stanford’s starting OC Jesse Burkett who is on the Rimington watch list​ and is very advanced in technique, line calls and reach blocking 2) who starts and plays at Will linebacker position…Houston doesn’t match up well and Iosefa or Levi Jones would be strong alternatives 3) Tell vs. Stanford TE Dalton Schultz who is on the John Mackey watch list and of course 4) How we can create TFL and disruptive plays producing negative downs for Stanford’s offense.