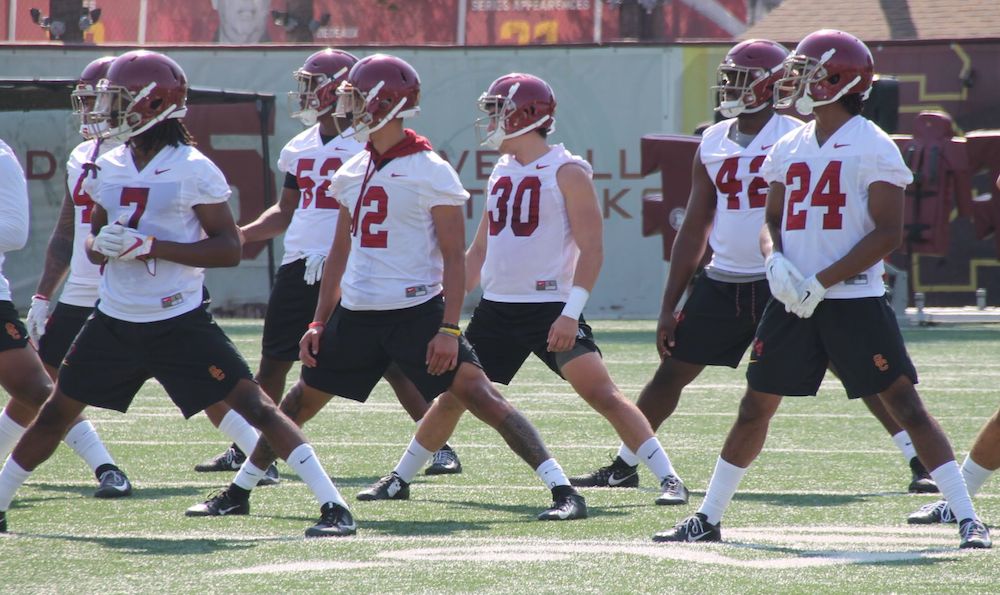 Now that the pads have come on and a scrimmage has been held, give 3 things that stand out to you through this point in fall camp