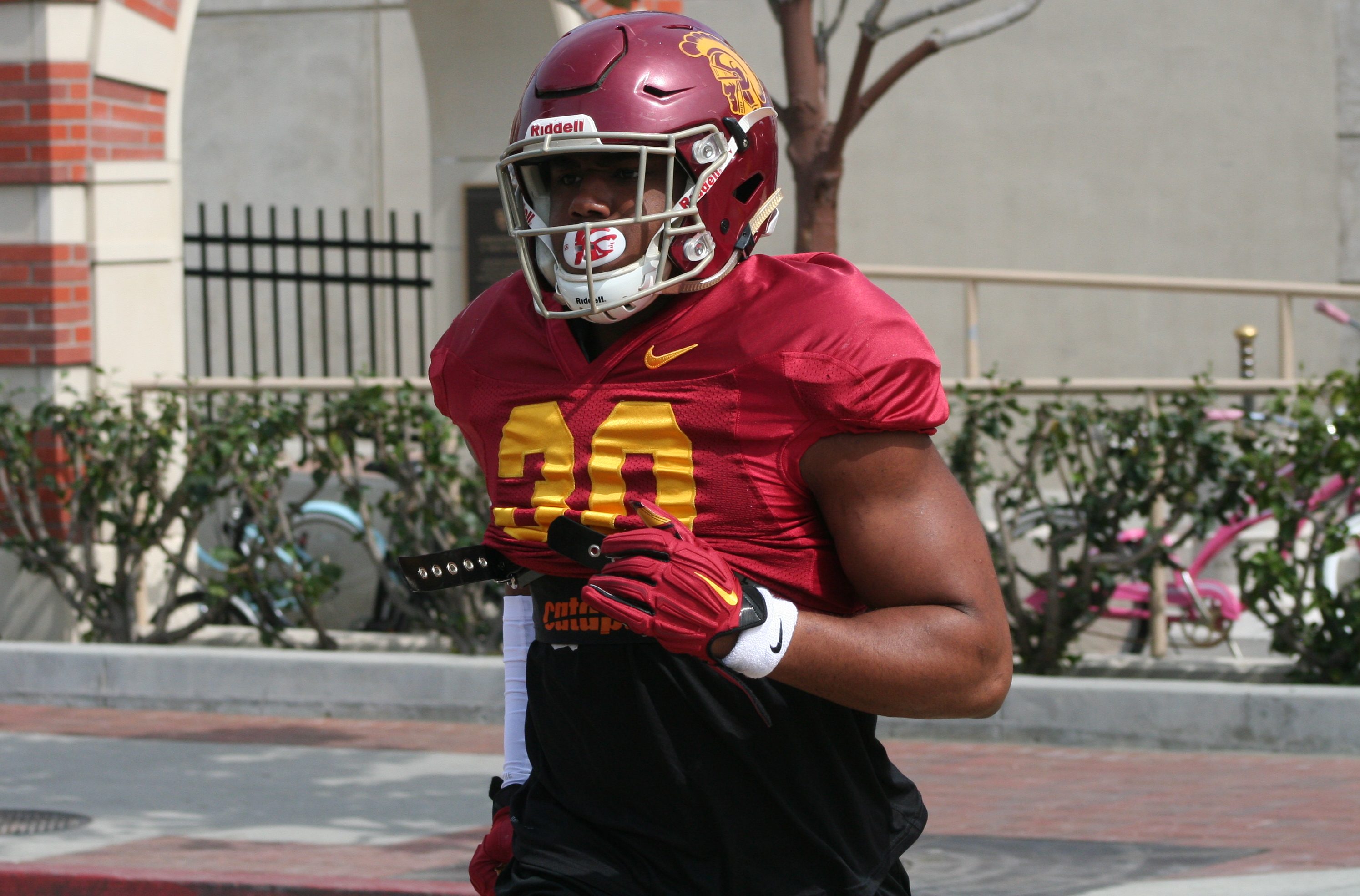 WeAreSC staffers look back at the USC Trojans spring ball and offer their takes on the strongest statement, biggest question remaining, and three standouts.

What was the strongest statement made during the 2019 spring ball session?

There are a few here to choose from, because I thought the wide receivers were terrific from the first practice to the last, and even with a yellow jersey, Talanoa Hufanga was on his way toward putting himself in this discussion until his injury. But this spring was all about Graham Harrell and the system he brought to USC. I think it said a lot that the players all seemed to buy in, and I think it said even more than head coach Clay Helton seemingly gave Harrell free reign to coach the quarterbacks however he wanted to and to call plays however and from wherever he wanted.

The strongest statement from spring ball was head coach Clay Helton’s heavy emphasis on individual and team discipline. Players that messed up were immediately sent to the sidelines and did up-downs or other forms of punishments. Will it make a difference in the fall? Well, only time will tell, but Helton, no doubt, made this his No. 1 spring priority.

USC Football installed the offense that Head Coach Helton has really wanted for years. Helton has been ensnared in cognitive dissonance by using a dog’s breakfast offensive playbook(s) vs. the uptempo pass first offense. Graham Harrell has completed his first step by installing the USC Air Raid. All our chips are behind this decision as are Helton’s.

I think Graham Harrell made the strongest statement.  We don’t yet know how good he is.  But he impressed Clay Helton enough that Helton appears to have given him complete control over the offense.  That is no small matter.  Usually when a coach’s job is on the line, he believes the solution to every problem is more of him.  That was certainly Clay’s conclusion at the end of last year when he took over the play calling.  (And that’s been the pattern with previous coaches – remember Lane Kiffin refusing to give up play calling?)  The fact that a coach from an offensive background with his career on the line has given Graham Harrell full control of the offense is pretty remarkable.  Clay clearly thinks he hired a top-notch OC.

What is the biggest question remaining after spring ball?

Like with the strongest statement, there are a few things that could go here, because 15 practices is just too short of a time to definitively say that anything is truly fixed following a 5-7 season. For me, this is a toss up between whether the defensive line will be as good as it showed in flashes during the spring, or whether the offensive line can consistently block in the running and passing game. I think there is more overall talent and depth on the defensive line, so I’m going with the offensive line. Can the backups produce when called upon, and can it constantly keep the quarterback clean and create some momentum for the running backs?

There are still a number of big questions remaining, but I would say who are going to be the corners on defense? There weren’t a lot of CB bodies, and some of those bodies were limited due to injury. It’s the one major area where there are huge question marks.

Can the defense stop the big play and perform as a a Top 10 defense? I am confident the offense will put up more points while still trying to find a way to convert 3rd, 4th or short yardage Red Zone opportunities. The defense must be a top tier defense…period. No more excuses.

Every question is still remaining, because spring football answers very few questions, and spring football where the team hardly scrimmages answers even fewer.  So let’s go with the obvious and probably most important: can this offensive line block anybody?  (Drinks are on me if the Trojans convert a 3rd and 1 in September with a running play.)

Who were your top three performers?

Michael Pittman jumps out for me. It’s probably fair to mention that Tyler Vaughns and Amon-Ra St. Brown could join him here, but I thought Pittman was a standout for maybe a practice or two more than the other guys.

Drake Jackson was terrific all spring, but I don’t know if he was the best defensive lineman on the team. I’ll give the nod there to Jay Tufele, who seemed to take his game to another level this spring.

Palaie Gaoteote seems to fit in really well at WILL linebacker. He had a couple big hits during the spring and was a consistent presence around the ball. He looks ready to go this fall.

I liked what I saw from Markese Stepp (photo above) against ND and he looked even better as Spring ball progressed. He’s learning to pass block and pick the correct side to provide blocking help plus technique, Ben Griffiths will flip the field with his punting and help this team as much as any player we have, Jay Tufele with his supporting 0/3 technique friends will be a huge difference maker getting upfield and disrupting run plays and collapse pass protection pockets.

Drake Jackson.  Godzilla scared Tokyo less than Drake Jackson will scare opposing QB’s.  Frightening human being.  Between games he should probably be kept in one of those cages that housed velociraptors in Jurassic Park.