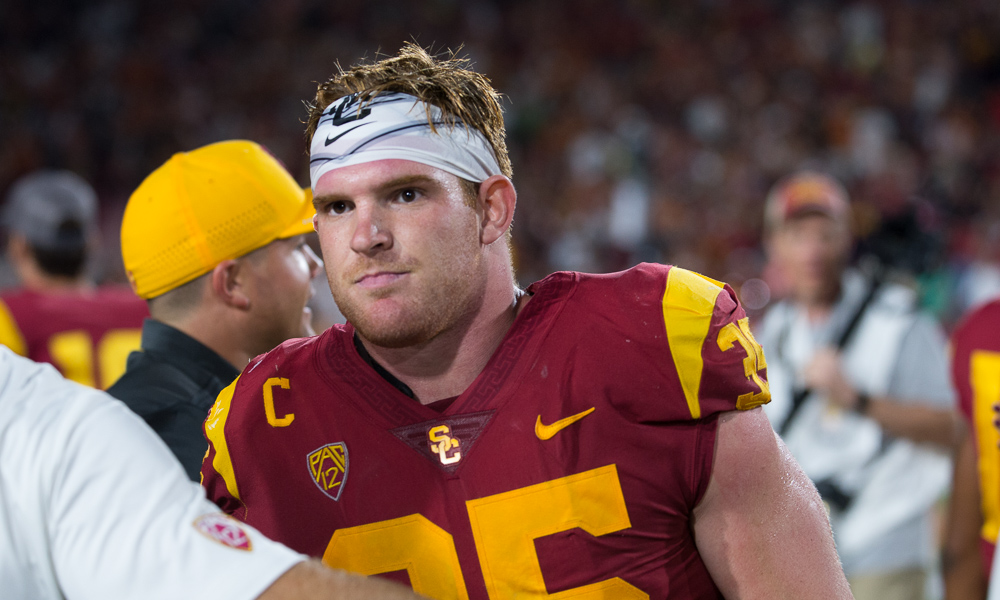 Outside of a win, give something you would be Thankful to see from the Trojan performance this Saturday against the Irish

Turn into madmen. That’s the description Anthony Davis gave for what happened to the Trojans in 1974 when they turned a 24-0 deficit against the Irish into a 55-24 victory for the ages. Go light them up J.T. Daniels, we know you have it in you to throw it all over the field to Michael Pittman, Tyler Vaughns and Amon Ra-St-Brown. Let’s see Vavae Malepeai do some damage on the ground, and I would love to add Markese Stepp as well. And how about some old-fashioned physical SC defense from seniors like Cameron Smith and Marvell Tell, along with the other defenders playing their final game in the Coliseum.

Boy, there are a lot of things I would be thankful to see against the Irish – like scoring an offensive touchdown in the second half. However, for me, I would be thankful to see the Trojans man-up and play big boy football in tribute all those USC players that that threw down the physical gauntlet at the Irish. Losing to the Irish is not the end of the world, but getting your tail kicked because Notre Dame was more physically dominate is not an acceptable trait if you’re a USC football player. In other words, don’t get physically embarrassed.

I would be thankful to see this Trojan team go toe-to-toe with ND and not blink, waiver or quit. A smack-‘em-in their mouthes goal line stand would be really fun. Hit ‘em hard and then harder. Add up the points later.

I would be thankful to see a four quarter performance out of the Trojans against their arch-rival Notre Dame. It has been hard to come by this season, but even if the Irish are better, the Trojans can eliminate the errors that cause them to beat themselves. At this time of year, I’m also ALWAYS thankful to the seniors – Cam Smith, Aca’Cedric Ware, Porter Gustin, Ajene Harris, etc. They have had some great victories during their tenure, and while this season is not ending as we hoped, a great effort on Saturday will cap off a career in which it was enjoyable to watch them perform.