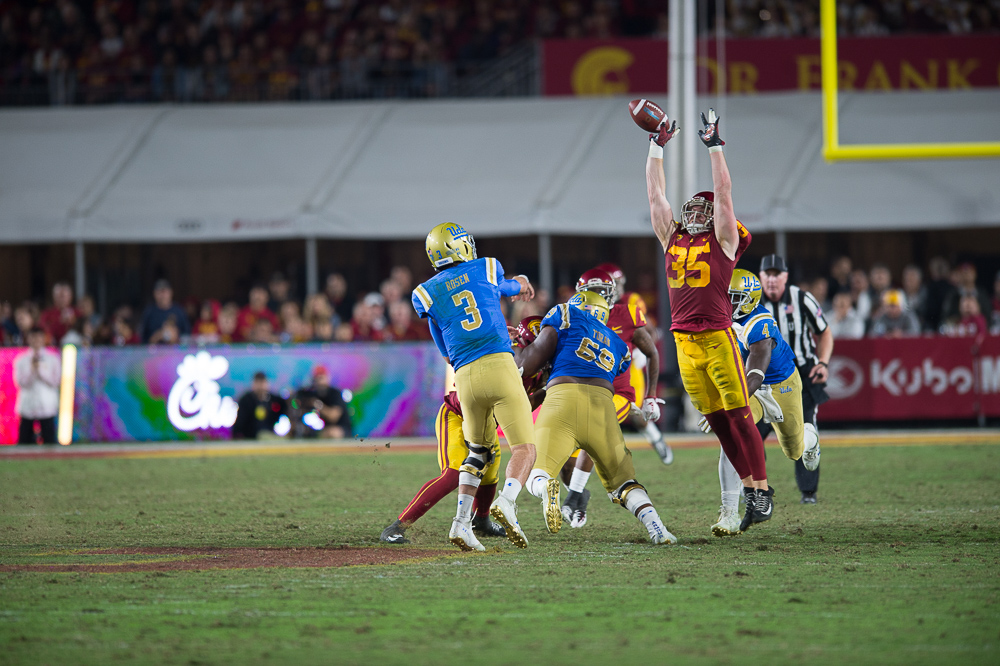 What are three things you want to see from the Trojans to come away with a victory in this rivalry game against UCLA?

First, I’d like to see SC maintain a commitment to running the ball early in down and distances for a full game. It was the key to beating Oregon St., and worked beautifully in the first half against CAL. Why that strategy changed in the second half against the Bears is a complete mystery to me. This offensive unit needs to pick up positive yards on first down. They cannot play “behind the chains” or end up in 3rd and long, and give the defense the advantage of knowing that a pass is coming. Second . . . see the first thing listed above. Third . . . see the second thing listed above.

1) Can the offense be effective on 1st down?

2) Will JT stretch the UCLA defense?

Can we get explosive plays into the end zone? (UCLA’s end zone to be clear!)

3) When will we utilize Falo more? Nobody even bothers to cover him.

4) Defense has to stop 1st down effectiveness. Notably take away the RPO and beer blocking scheme. We’ve not played against a veer look this season. It’s subtly different than pure zone blocking.

5) Defense must get LOS penetration.

8) Can we/will win the one-on-one battles?

9) TOP is important this game. Keep defense off the field. Hold UCLA to less than 70 plays