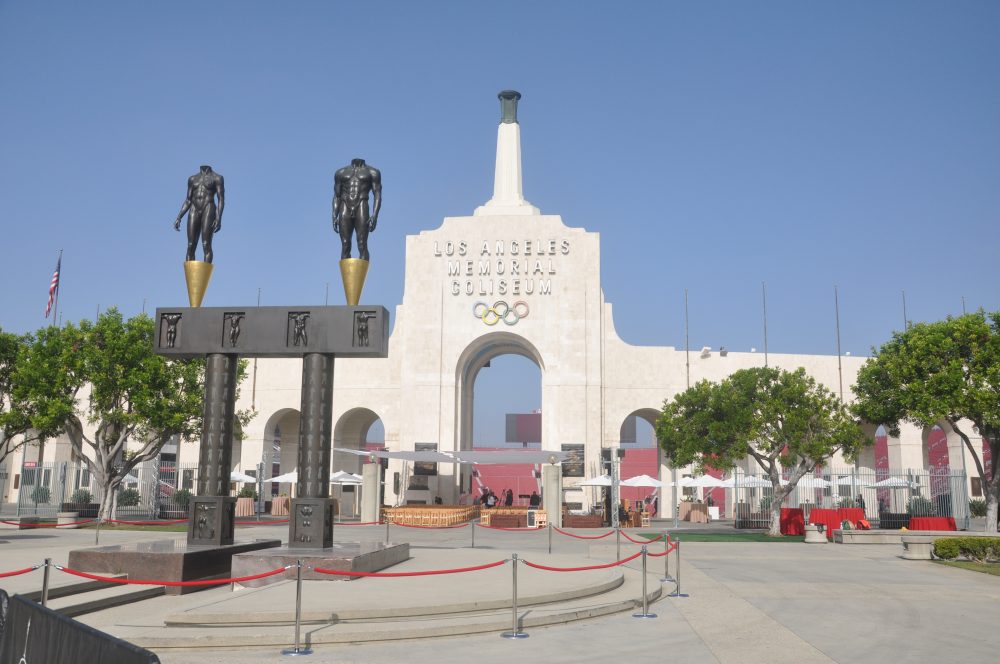 In this week’s WeAreSC Mailbag, readers posed questions about recruiting, potential options for the 2020 football season, USC’s new tuition policy and other topics.

Q: How do you see the new tuition policy (tuition waived for students from families making less than $80k/yr) impacting sports at USC? Which sports will feel the most impact? Is there a limit to the number of walk-ons in any one sport? Thanks

A: I honestly don’t know how this is going to impact sports at USC. I would certainly imagine that anything that requires the intersection of admissions and athletics is going to be met by flashing lights, sirens and a whole bunch of red flags for USC in the immediate future–so I wouldn’t anticipate this being something where USC is going to accept a bunch of athletes in order to pack its teams with scholarship-level players.

Baseball is the first one that comes to mind as being a sport that could be helped somewhat with this. It’s already pretty difficult to build a really talented team with the scholarship limitations of that sport. Giving USC coaches the ability to recruit players that could walk on without having to pay USC tuition would seemingly be a boost. But it still seems like a pretty significant challenge to find a number of players good enough to contribute heavily to the USC baseball team, with the academics to be admitted into the school on their own merit, who meet the financial criteria, and aren’t being offered more in the way of scholarships from other programs.

I believe there is a roster limit for every NCAA sport (I’ve yet to find a sport without one), so the number of walk-ons is capped.

(Edit: As mentioned on the first post of this thread on the message board, another sport that could benefit—and probably even more than baseball—is track and field.)

Q: How many linemen (offensive and defensive) does the staff take for this class?

On defense, five-star prospects in defensive ends Korey Foreman (Corona, Calif./Centennial), J.T. Tuimoloau (Sammamish, Wash./Eastside Catholic) and defensive tackle Maason Smith (Houma, La./Terrebonne) would form the best defensive line class in the country regardless of who else joined them. Four-star defensive end Aaron Armitage (Blairstown, NJ/Blair Academy) is very much in play, and Tiaoalii Savea (Las Vegas/Desert Pines) is a target on that side of the ball as well.

Q: How are you leaning on schedule?
-regular as published schedule
-PAC 12 schedule as published with no OOC games (3 bye weeks)
-PAC 12 11 game in-conference-only schedule where everyone plays everyone (no conference play off)

A: I would like to see USC play Alabama to open the season. If they’re going to play football this fall, it seems to me that the opening week of the season is where they’re going to have the most security in terms of health and safety–both teams having spent multiple weeks or months abiding by NCAA/conference/campus protocols without a potential entry point of another program or travel the previous week.

From there, I’d be fine if they went with an 11-game, conference-only schedule–and really, not playing the Alabama game and just going with the 11 Pac-12 games would ultimately be fine. I’ve heard the argument that traveling to Utah would be no different than traveling to Notre Dame, or Hawaii, or Texas Tech, or wherever else Pac-12 teams are headed this fall. But if contact tracing is going to be as big of an issue as it appears it will be, then keeping conference teams isolated in a bit of a bubble might make sense.

Like everybody else, I’m hopeful that we’ve reached a point in the fall where simply playing the schedule as designed is the best option on all levels.

Q: If students on campus will Coli be open for students?

A: USC is like most schools in that it has been trying to walk that line between giving out enough information about the fall to be communicative, but has done so without committing to anything specific yet. Whatever happens with fans in the stands or not, students in the stands or not, I would be shocked if USC was the only Pac-12 school acting alone in whatever it decides.

Students living on campus would seem to be the easiest group to monitor if that is a key issue with allowing fans in the stands.

Q: In an article Helton said even though JT was in the transfer portal, he would welcome him back. Do you see JT staying at SC?

A: With the NCAA Division I Council last week deciding not to vote on a proposal that would give immediate eligibility to college athletes in five sports–football, men’s and women’s basketball, baseball and men’s ice hockey–transferring for the first time, it sure looks like Daniels’ best option will be to stay at USC this fall.

Had that vote happened and the transfer rules been amended, Daniels could have gone elsewhere this summer and been immediately eligible to play this fall. He could still decide to pursue a transfer, but now he would need a waiver to be eligible.

Ultimately, I think Daniels does return to USC, but putting his name in the portal allows college coaches to contact and recruit him, which could give him a head start on picking a destination if he does eventually go through with a transfer.

(Edit: And now JT Daniels has announced that he will transfer to Georgia, so feel free to throw out my entire answer to this question.

Q: Am I the only one who thinks SC has a chance to win against Alabama?

A: There are a bunch of guys in the USC locker room–more figuratively than literally at the moment–who would say no.

It definitely feels like Alabama has lost that air of invincibility that it had for so long. There was the blowout National Championship Game loss to Clemson at the end of 2018, then losses to LSU and Auburn last year, as well as giving up 59 combined points to Ole Miss and Texas A&M. It also just had nine players taken in the first three rounds of the NFL Draft, including four first-rounders–its starting quarterback, best offensive lineman, and two outstanding wide receivers.

That being said, Alabama hasn’t lost more than two games in a season in nine years and has finished inside the top 10 in 12-straight years. This Alabama team is reloaded and this is a program that does not blink. The USC team that played against Iowa is not ready for Alabama. As for the USC team that takes the field against Alabama this fall? We just don’t know enough about that team yet.

The offensive firepower seems like it could be there to score points. But do the Trojans have what it takes to win the battle at the line of scrimmage? Can the USC defense stop what is going to be a really good running game? I think we’ll find out a little more during fall camp.

Q: Erik- whats your confidence level that we’re having a football season this year? 50%? 75%?

A: At this point, I think I have more confidence that the season will start than it will finish. There is going to be so much pressure to play football, I just can’t imagine a scenario where it doesn’t happen at all.

The NCAA has acted fairly quickly in a few instances during this time, and that’s not something they are known for. I’m curious how agile the sport can be this fall if college football begins under one set of circumstances and is forced to change–a national or several localized spikes in coronavirus cases, travel restrictions, if a team needs to quarantine enough players, coaches or staffers that playing a game isn’t possible, etc.

Testing and tracing are clearly going to be important factors in getting players on the field and having a season, but there are still so many questions to answer and unknowns that probably have yet to be discussed. Getting players back on campus for voluntary workouts in June should allow for a fairly good test to see how programs might be able to handle a season. If you’re rooting for there to be a season, that was a good sign.