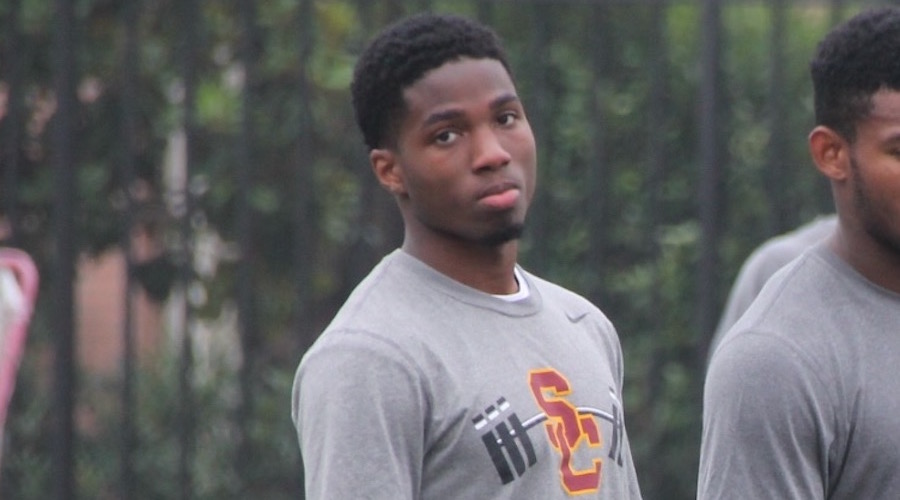 In this edition of the mailbag we look at team leaders, the run game identity, Deontay Burnett and more.

Is there a list of preferred walk-ons the Trojans will add to the roster this upcoming season. Always nice to hear who are they and where they come from.

There is no published list until we see the fall camp roster. One name who will be on the roster is defensive lineman Connor Rossow from Mater Dei, a 6-2, 300 player who battled injuries last year and held a New Mexico offer.

There are always exceptional athletes who become captains, but that doesn’t necessarily make them great leaders. Great leaders are guys like Ronnie Lott, Junior Seau, Keyshawn Johnson, Matt Leinart, to name a few. Guys who commanded respect, led by example, and willed the team to victory because losing wasn’t an option. They are extremely confident and driven, and it permeates the team. Their focus, existence, and impact is 100% in the moment.

Who are the candidates to fill such a lofty role on the 2016 Trojans, and who are you betting on (if any) to really fulfill this role?

I think JuJu Smith has shown all the leadership qualities you want to see in a captain. He is the one setting the tone so often in practice, he played through a hand injury last year (pretty tough for a receiver) and his stiff arm on the Utah defensive back showed the physical side of Trojan football. You get the sense that Cameron Smith will fill a similar role for the defense but we haven’t really been able to see that completely this off-season because Cam has been sidelined with his injury. Once he is back on the field I don’t think there will be any questions about who the leader is out there. Cam has a real confident demeanor about him and his teammates recognize that.

As a long time Trojan fanatic I recall like it was yesterday how the Tailback U moniker came about in the 60’s and 70’s (particularly in the 70’s with AD, Ricky Bell, Charles White and Marcus Allen). But since that time USC has struggled to produce at that level. Certainly Reggie and Lendale established their mark, but it wasn’t sustained. Buck Allen did his bit, but no one would confuse his body of work with the others.

I believe the majority of poster here get excited when they hear CCH says that the offensive will be physical, and that running the ball will be core to its identify. The question is, does USC reclaim the Tailback U moniker? Do they produce NFL RB’s year in and out? Do they get another Heisman at the RB position anytime soon? If they’re doing it right (being physical and running the ball) USC should achieve these types of accolades.

I’m right with you. I loved it last year under Helton when the Trojans ran the ball 50, 45 times a game, and I loved it when the UCLA game was put to bed with an 11 play drive, 10 of them runs. That’s the USC football I grew up on and I will always believe the foundation of the offense should involve running the football in a physical style. Not every team can succeed with that style by consistently getting the quality backs and linemen you need but fortunately USC is one of those teams. If Helton delivers on that style being the identity of the offense I’ve got no problem believing it will produce NFL backs and possibly even another Heisman.

In the recent past, we’ve had good football players like Thomas “Hitman” Williams and Kyle Moore who arguably brought even more to the team with their fiery leadership.

Do you see anyone on the current roster like these guys?

During spring ball and into the summer workouts we’ve seen Zach Banner take on an increasingly vocal leadership role. Zach has always been very engaging off the field but now he has translated that onto the field more as a respected fifth-year senior and All-American candidate.

Garry, Would you predict which PAC-12 teams will finish in the top 25 at the end of the regular season???

I know we’re going to run a 5-2 D and I saw your depth chart GP, but will the 5-2 be our base against 3 WR sets, which every team will run most or all of the time? and who’s been covering that slot position from a defensive standpoint in our 5-2 (against 3 WRs)? I’m trying to figure out if we wont actually be running that 5-2 because of the offenses today, but actually run a 4-2-5 or whatever. Thanks GP and co.

My question goes with USCTroyano’s. Do you think Clancy will insert more big guys against big, running teams like Alabama and Stanford? The passive 3-man line against Stanford’s 6 and 7-offensive lineman fronts was cringeworthy. They had little or no chance.

Yes, the 5-2 is the base defense but there will be plenty of times a defensive lineman is brought out for an extra defensive back, that’s life in the Pac-12. Clancy doesn’t run as many different packages as someone like Wilcox, and that should go a long way to clearing the minds of the defensive players to allow them to react faster. It’s important to remember the last time Clancy was here he took a USC defense that had set records for futility the previous year and turned them into the top defense in the conference, think about how nice that would be to see a similar turnaround this year.

Garry, Deontay Burnett what say you?

I think a lot of his game. Real good instincts for the position, long arms and knows how to make plays. Even with a deep receiver group I think Deontay (photo above) makes an impact this year.

Garry, how is rehab going for Cam Smith? What is the projection for his return to being able to play?

I haven’t heard any real projections for a return. Cam has been out there for the majority of the player run practices although he doesn’t take part yet. We haven’t been allowed to interview the players so far but that will change next week, not sure how many details Cam would offer on his potential return but I’m sure he’ll be asked about it.

Garry how is Kenny Bigelow doing? Is there a chance he plays this year? Heard some different rumblings

Like Cameron Smith in the question above, we just don’t know many injury details for guys like Cam and Kenny Bigelow because no updates are provided by the school over the summer, and we haven’t been able to talk to the players yet. With that being said, it’s been good to see Kenny out there coaching at the Rising Stars Camp and the throwing sessions. What a bonus it would be to get him back before the end of this season.