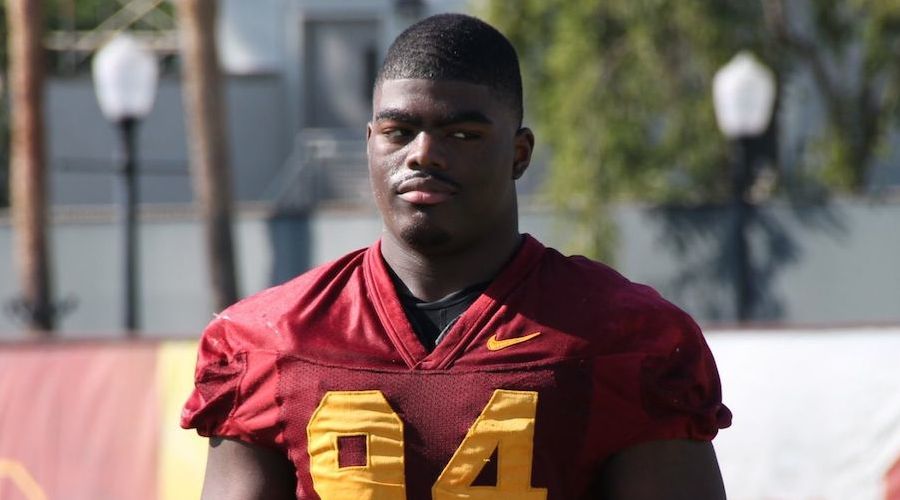 In this edition of the WeAreSC mailbag we discuss the status of quarterback recruiting, the identity of the offense, and the possibility of adding a JC or graduate transfer defensive lineman:

Dynamics of not getting a highly touted QB in 2017 early? More Likely that Max is the QB come Fall?

I’m not ruling out a QB commitment sometime soon. The offer on Wednesday to Jack Sears, which comes right on the heels of the Tagovailoa commitment to Alabama, shows that Helton is moving in the direction of bringing someone in for this class. And with the way the QB dominoes fall quickly in recruiting these days, that probably means it won’t take long for the Trojans to add somebody soon. But I don’t think the recruiting status will impact if Max or Sam is the starter in the fall.

How big a blow was losing Tua (meh or ouch)? No Martell and no Tua (no Kelley and no Mills), is there anything to glean from this, scared of our depth, not sold on our program, saw something else they liked better? Not sure Tua was a world-beater, but really sucks when you narrow your target to one and let it be known that’s your guy…only to lose out.

I don’t like losing him, primarily because I think he’s really good, but I also don’t have a problem with the way Helton and staff handled this one by focusing on him because he was all SC right up until the end when Alabama stole him with a really good visit. Those are the kind of recruiting perks that happen when you are the defending national champs, and the Trojans certainly took similar advantage during the Carroll years. It does hurt to be on this end now to lose a top guy but it’s not something to overreact to, and Helton just needs to turn his attention to the next guy on his wish list (Jack Sears).

How many DL will we take this year? Any word on when some of these guys plan to commit? Can any of them start day one or are they mostly project guys?

I still see 3-4 interior d-line guys but I’m not sure how many of them would be potential day one starters for the Trojans in 2017, unless it is an experienced JC signee. The Trojans should have Bigelow as a senior, Green, Jefferson, Daniel and Dorton as juniors, along with Rector, Scott and Fatu with some experience. That would be a pretty tough line-up to crack for a first year guy. The top name on my wish list is Martin Andrus, with Greg Rogers and Jay Tufele in the mix as well.

What are your thoughts on Cody Kessler — possibly starting for the Browns?!?!

That would surprise me if it happened sometime soon. But then again, his draft spot surprised me, and a lot of other people too. Gotta give it to Hue Jackson though, he didn’t waste any time in sticking his neck out on the choice and saying “you’ve got to trust me on this pick”. If Cody does end up being the starter it would give Hue a lot of credibility. I just think it’s a situation where his best shot is to earn the job in time, rather than be thrown in there right away.

Are there any JC transfers that could help us this next year on DL or is that not possible at this late date? Is Isaiah Buggs available to come in this fall? or is that next year?

We have not heard of any JC transfers, or graduate transfers, who could potentially arrive at SC in the fall, but I’m sure the coaches are monitoring the situation closely. Last year we saw a timely graduate transfer at tight end to fill a major need, and it would be great to see that play out this year on the d-line. Buggs will play at JC this year and enroll at a four-year school in the spring.

What are your thoughts about the ESPN 300? Especially Georgia having 9 more on that list than California!!! Does ESPN have a dedicated Western recruiting analyst?

I do think the ESPN rankings tend to slant to the southeast and I think the slant is simply part of the culture there. I’ve been in ESPN editorial planning meetings that went for an hour, the first 55 minutes were spent discussing southeast topics and then at the end it was time to see if there was anything going on out west, yet if you walked out of the meeting and tried to point out a southeast slant they would tell you in all seriousness that you are wrong. So take that however you want as far as a bias. The guys who do the actual rankings and evaluations for ESPN are all based in Charlotte (I think their scouting report evaluations are as good as anything out there), and there is one recruiting writer based on the west coast.

I realize that there is a long ways to go in recruiting and keeping in mind how this staff closed last year, at what point do we hit the recruiting panic button?

After what the coaches did on signing day last year I think they have earned the benefit of the doubt on avoiding the panic button but, if you are still considering it, I certainly don’t think you do it in May. There’s just too much ground to cover between now and signing day to draw any kind of conclusions on what the class will eventually look like.

Any guesses to how our new AD will make his mark on the football program?

They would only be guesses at this point because Swann hasn’t tipped his hand at all in his media sessions so far about any specific thoughts he has about the current state of the program.

How much Access will you have for The summer workouts? Will you be allowed to all of them and to tape some action and to give update reports?

We haven’t received any guidelines yet for summer workouts but in past years we’ve been allowed full access to film them and give updates. There has been a policy of no interviews with players in June, but we’re allowed to interview them in July.

What are you hearing about the status of the Coliseum remodel? When Haden stepped down, there was mention of his ongoing involvement with this project. I can’t remember the last time we heard anything official about the project from the USC powers-that-be. You hearing anything new? Is the design that was released (the sightline blocking tower of disinterested rich folk) locked-in? (gawd, I hope not) PSL’s? Major donors? Timeline?

The athletic department has posted this website to showcase the updates for the Coliseum remodel.

As you can see, the press box/suites structure is still in place. When Swann was announced, the talk was that he would be involved in the Coliseum remodeling, although it’s unclear how he and Haden would work together, what their roles would be, etc. There also has been nothing official on PSL’s although some donors are hearing that they will be limited to certain areas of the Coliseum while the majority of seats would not require them. The website says construction would begin after the 2017 season with the goal of being completed in time for 2019 opener, and the Trojans would still be able to play at the Coliseum in 2018.

Of all the press box you have been in Pac 12 which one impressed you the most? Where will you rate Coliseum press box and what changes if any will you like to see at Coliseum’s press box?

When it comes to amenities and a nice setting I would say the new Stanford press box tops the list, but I still like the Coliseum press box when it comes to actually watching the game, which is the most important thing. We are usually sitting anywhere from the 40-yard line to midfield, which is obviously a perfect vantage point, and there is no better view to watch the Trojans than to have the downtown skyline and the mountains stretched out above the rim of the Coliseum. It really is a beautiful sight. In terms of changes for the new press box, I think it would be pretty unanimous among the media to get better food choices. The Coliseum definitely lags behind other venues in that department.

We have heard that the offense will be physical moving forward. With that, what do you think the character of the USC offense will be? By that I mean, is is clutch? Is it feared? Does it find a way to win? Or is a conservative, play the percentages, ball control, etc. team? I realize that only time will tell (and that this is also about the coaching staff). But based on what you have seen, do you have a feeling about the character of the offense?

I know what I want to believe. I want to believe that the character of the offense will be the ability to control the ball on the ground like we saw in the 4th quarter against UCLA. Like we saw on the final drive against Cal. Clay Helton has preached that this is the mindset he wants to see in his offense, the ability to run the ball when you need to run the ball. To play that way requires a certain level of toughness and when previous USC teams had that as their identity they were clutch, and they were feared. And they usually found a way to win. Hopefully we get back to that.