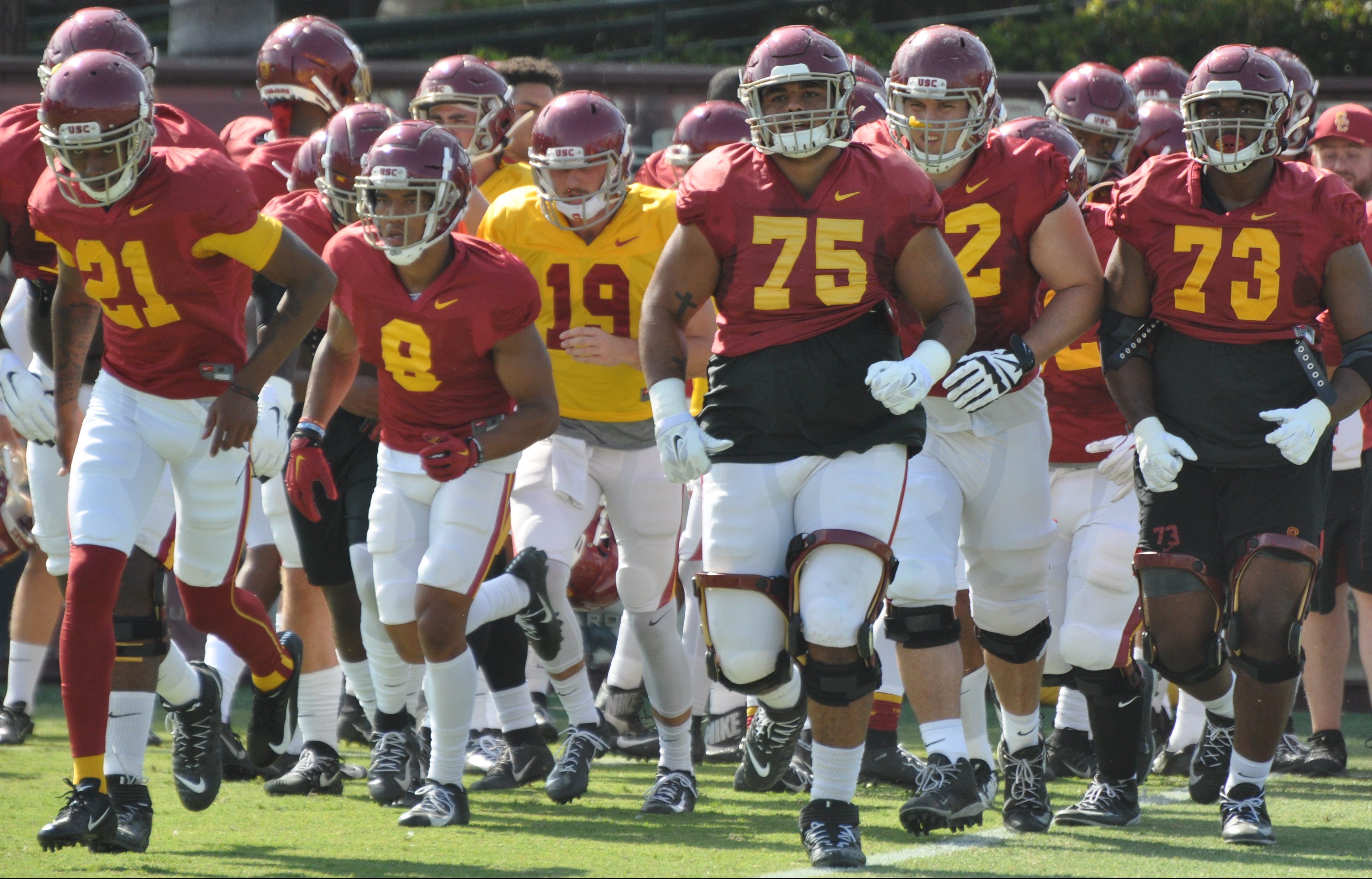 This week’s mailbag answers questions about the Trojans’ mentality heading into the 2019 season, what the offense might show on Saturday, USC’s talent level, and whether the Trojans will beat the Bulldogs.

Q: Erik…are we going to win?

Q: As the Great Yogi observed, “90% of this game is mental, the other half is physical!” Do these players BELIEVE they can beat anyone, or are they just happy to be invited to the ball?

A: We’re hearing all the right things so far. The players really believe that the strength and conditioning this summer was a huge step up for them and took them where they need to be physically. I want to see what happens when they get hit with adversity. I think they do believe they can beat anyone and everyone has talked a good game all offseason. It’s time to prove it, and Fresno State will be a good indicator of how tough this team is. If they get pushed around by the Bulldogs, it won’t be easy to write that off as a fluke.

Q: Watching the media response so far, SC is not looked at seriously, and for good reason given last year’s 5-7. Beating Fresno State won’t likely change that, especially a game played at 10:30 pm EST. At what point this year will a win put us back on the map?

A: Beating Stanford next week would turn a few heads, but not enough. That will signal the program is heading in the right direction. But beating Utah (and being 4-0 in the process) is when the national media will start talking about USC again, because that will likely set up a huge game against Washington.

Q: Do you think Harrell will pull out all the stops and show his complete offense? Or will he be like Kingsbury and hold back some or most of his offense?

A: Outside of trick plays, I don’t know how many stops there are to pull out of this offense. Harrell has said repeatedly that there’s nothing complicated about it and no real way to hide anything they’re doing. It’s all about execution. This offense was installed in three days, and it’s not as if they create an entirely new playbook from game to game, like we’ve seen a little bit in the past. I’m sure they could tease a few formations and wrinkles for the benefit of teams coming up on the schedule, but Harrell (and Clay Helton) know that every win is important this year, so they aren’t going to mess around by making sure they do or don’t do something specific during a game.

Q: Non football question here, do you know if the Live Sports Radio headsets are coming back? Why did SC get rid of them? I really enjoyed being able to listen to Pete with no delay while at the game it made for a very cool experience. If not is there a way to listen to the radio broadcast live without delay at the game?

A: I haven’t heard anything in regard to the radio headsets. But the new WiFi at the stadium should make it easier to use your phone to stream the radio broadcast. Borrowing some information from Greg Katz’ O/NSO that will post tomorrow, it’s on the Tunein Radio app, USCTrojans.com, as well as on SiriusXM radio (channels 146/198). I don’t know if it will be on a delay on any of those channels.

Q: Is the offense still going to use those stupid picture cards from the sideline to signal the plays?

A: No, we haven’t seen any signs of the picture cards for the offense. Only hand signals.

Q: Which quarter do you think the first Fire Helton thread will be created?

A: I’m hopeful the Trojans come out strong and play four quarters, and it never makes an appearance. But people will be difficult to please with this game, and any signs of struggle in the first or third quarters could trigger one.

Q: Erik… is recent OL commit Jonah Monheim the best of the OL recruits so far? He had a lot of good offers and I read we beat out Oklahoma for his services.

A: He’s definitely the highest rated of the offensive linemen. This is a nice addition to a class that absolutely needs to be heavy up front.

Q: Will our offensive line be better than Miami’s or Florida’s?

A: I certainly hope so. I don’t think this line is going to challenge to be among the nation’s elite, but I do think we’ll see an overall improvement from last year. There is some talent up there.

Q: Erik, let’s set aside coaching completely for a minute, even though we all know it’s every bit as important as talent. From strictly a talent standpoint, team-wide, do you think SC has as much (or more) talent than its opponents? Which teams on the 2019 schedule do you think might have more actual talent than SC? Thanks and Fight On!

A: I’m bothered by the “USC has easily the most talent in the Pac-12” statements from the same people who bash recruiting rankings. Where are they getting the “talent” level from? I think some people use that label so they can just look at recruiting rankings without really breaking down where various guys are at that moment in their careers. And I think a lot of people use “talent” and “potential” interchangeably in this discussion, when they shouldn’t be. Sometimes you have to make an adjustment and realize two or three years in that a high-four star guy probably should have been a mid-three star guy. And a five-star true freshman might have more potential than a fifth-year senior somewhere else, but because of his experience, that fifth-year guy might display more talent during that specific year. If a five-star doesn’t pan out, I have a hard time placing 100% of the blame on the school or coaching staff.

I think USC is up there with any team in the Pac-12 in terms of talent, but I don’t think it’s the slam dunk that a lot of people want to make it out to be by using star rankings. And I don’t want this to seem like I’m blasting the star rankings. I think they do a good job overall. But outside of wide receiver, I don’t know if there’s another position on this roster that I would immediately keep over a group from another Pac-12 program based on talent — which, again, I define as your production and the way you are playing at this exact moment. Potential? I’d probably keep a few groups.

Q: Any update on Bru McCoy (both his illness and his eligibility this year)? It certainly looks like a red-short year at this point.

A: No real update yet. I think it was pretty much a guaranteed redshirt year when he didn’t break camp with the rest of the guys. This has been a tough transition for Bru, and I don’t think anybody is trying to rush him back. He’ll rest up and hopefully be able to get back to things at some point this fall or next spring.

Q: I know it is a mute point, but do you think Sears would have stayed if he was number 2 in the depth chart. Do you also think Fink will follow? If so we are going to look like Nebraska last year!

A: I think he probably would have stayed for the season, but outside of replacing Daniels for good, I don’t think he would have stayed into next semester as the No. 2. As it worked out, he wasn’t going to get any real practice time as the No. 4 quarterback, so it made all the sense in the world for him to start training by himself so he would be ready to go in the spring somewhere else. I think Fink could look to follow again, but I’d be surprised if it happened during the season.

Q: Erik, any chance the coaches approached Sears to switch to WR? He has the size and speed. It worked for David Sills once he had no QB offers.

A: I never heard of a thought of switching him to wide receiver. That’s a pretty deep group he’d have to crack, and I don’t think Sears has any desire to play a position other than quarterback.