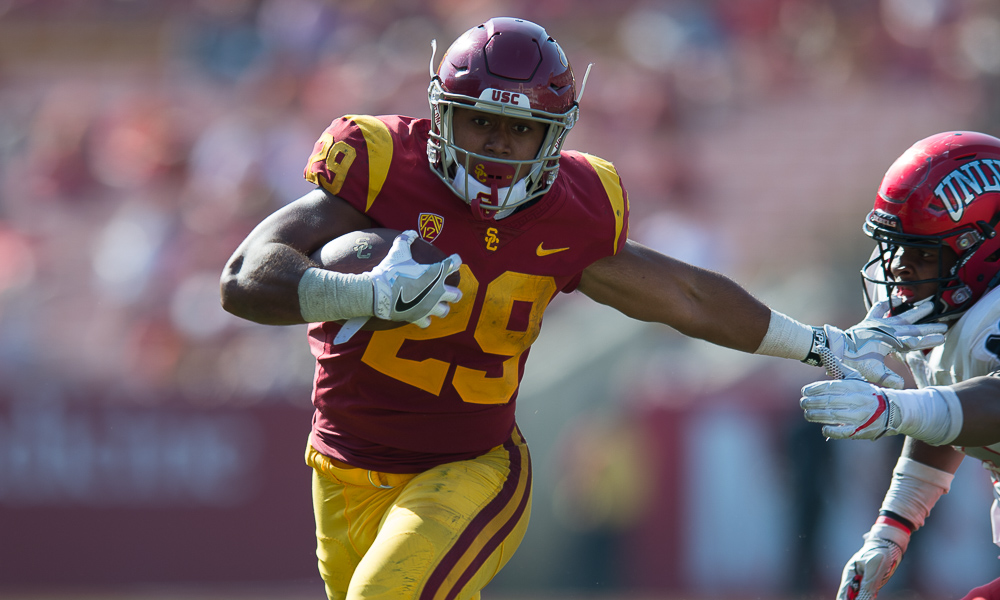 This week the mailbag tackles questions on topics ranging from the strength and conditioning coach, to potential breakout players, to the starting secondary, and what happens to the tight end position.

Q: What’s happening with the selection of a strength & conditioning coach?

He was not the first name approached for the job, and the fact that he has been out of coaching for several years will be a red flag for some people, but I’m not going to completely dismiss the idea that Ausmus could be a good hire. I think people can give too much blame and too much credit to a strength and conditioning staff when it comes to wins and losses, but I do think they are a big part of the culture of a football program. And that’s why I like that Ausmus has been able to spend some time on his own, crafting not only routines, but a philosophy when it comes to strength and conditioning. I don’t think it will take long to hear about what kind of buy in he’s getting from the players.

Q: Which 5 players do you think are well-positioned to have breakout years?

A: On offense, I’ll say JT Daniels and Vavae Malepeai. I realize I’m tipping my hand here in how I feel the quarterback competition will go, and I’m not at all ruling out one of the other two guys. But I do think the possibility exists that Jack Sears was a better fit for last year’s offense and Daniels is a better fit for this year’s. With Malepeai, I’d assume a 1,000-yard season would qualify as a “breakout” year. I love what Stephen Carr brings to the table, but I listened to Graham Harrell talk about Malepeai after only seeing some video and watching a few workouts.

On defense, I think Palaie Gaoteote and Talanoa Hufanga are obvious choices after getting glimpses of them last season. I think they could have All-Conference years as sophomores. And I’m going to cheat with a fifth guy and name two, because I’m excited to see a couple of redshirt freshmen outside linebackers in Eli’jah Winston and Abdul-Malik McClain. I really like the physical presence that Winston brings and McClain is a terrific pass rusher, and the Trojans need to find somebody who can provide that this year.

Q: Now my question for you…what happens to a player when they enter the tranfer portal and does not get picked up? Do they have any control of whether they choose to remain or do they lose out entirely?

A: The way the transfer portal works is that a player can tell a coaching staff that they would like their name to be entered in the portal so that other coaches can see that they are interested in transferring. The staff has up to 48 hours to put the players’ name in the portal, and presumably, many coaches have used those 48 hours to try to talk the player into staying. But ultimately, the school must enter the name if that’s what the player wants. As you mentioned, the player does take a risk by entering the portal, especially because so many players have entered, that there are more players in the portal than there are FBS scholarships available for them.

A program is under no obligation to honor a player’s scholarship once they enter the portal, and every transfer you bring in from the portal will cost your program an initial counter, which means you can’t just fill your roster to 85 with transfers if you just signed 25 guys in this past recruiting class. A player can decide to come back to the program they’ve announced a transfer from, as we’ve already seen a few instances of that so far this offseason. But ultimately, I think we’re going to see a lot of these transfer candidates left in the portal, and potentially trying to scramble back to their original program, or maybe even settling for an FCS program.

Q: Not a question but a statement: I am convinced that the players the past few years (exception of Sam Darnold and veteran backs) have been thinking too much and have played tight at times. Thus, I like the promise brought by this quote: “…Harrell’s consistent refrain that the goal of this offense is to simplify things so the players can play without having to think too much.” (for “think too much” insert play loose and creatively”). Holds much promise.

A: I completely bought into what Graham Harrell said while talking to the media around a conference room table two weeks before the start of spring ball. Now, that’s a long ways away from a locker room at Notre Dame Stadium in October, but I really like that he has a clear plan and a philosophy. Now we’ll just wait to see how it plays out.

Q: When it’s all said and done, who will be the starting DBs in 2019? And who are some who will see playing time as reserves or as injury replacement? This to me is the greatest unknown, at least on defense. Thanks and Fight On!

A: I actually really like the potential of the starters. I think it’s safe to write in Olaijah Griffin at one corner spot and Talanoa Hufanga at safety. I’ll guess that Isaiah Pola-Mao grabs the other starting spot, but I think C.J. Pollard will play plenty. Isaac Taylor-Stuart will probably get first shot at corner opposite Griffin, while Chase Williams likely slides in at nickel. With Dominic Davis, I just listed 100% of the non-true freshmen in the secondary for USC this spring.

Q: Erik, are you surprised Helton refuses to have spring games and that instead we have showcases? There are plenty of local venues to hold a spring game if the Coli renovation is the issue. But I doubt it is. This new Helton policy reminds me of his preparation for the Holiday Bowl against Wisconsin.

A: I’m not really surprised anymore, because that’s obviously part of the spring plan at this point. I don’t necessarily think that playing a spring game makes you a better team, but I understand that it’s fun for fans to come out and watch the team in a “game” environment. I think you can get better as a team during a “showcase,” so that will be the important thing to watch there.

Q: Will Harrell just scrap the traditional TE position and just go with calling it an H-back and be done with it? Tailback U is gone, fullback is gone, so it seems logical to xnay the TE as we once knew it.

A: I’m very interested in watching the tight end position this spring, especially because Clay Helton mentioned multiple times how Harrell uses one and two tight end formations. Comparing production, North Texas tight end Kelvin Smith had 56 catches for 533 yards and a touchdown over the past two seasons combined. Over the same two seasons, USC tight ends combined for 51 catches for 694 yards and six touchdowns.

Here is a quick excerpt from a 247 Sports story about Smith from last year.

“It’s not just what he can do on the field, but where he can do it for Harrell and the offense. In every game last season there were times where he lined up as a slot receiver, a normal tight end or in the backfield as the de facto fullback or wingback off the tackle. This, in turn, allows him to stay on the field for almost every offensive snap because there are very few sets where he does not fit or does not have a role.

“‘One of the best things about him is his versatility,’ Harrell said. ‘The more places he can play, we can stay in the same personnel and be in different sets and that’s why we moved him so much last year. Ideally we’d be able to do the same thing this year.'”

Q: Are we going to get anyone from the transfer portal? Any rumblings at all? And what is the timeline?

A: I do believe USC will end up bringing in a body or two via the transfer portal. My guess at this point would be to provide another body or two along the offensive line, but I think that even with the additions to the secondary coming this fall, grabbing a veteran presence at cornerback would be a significant need.