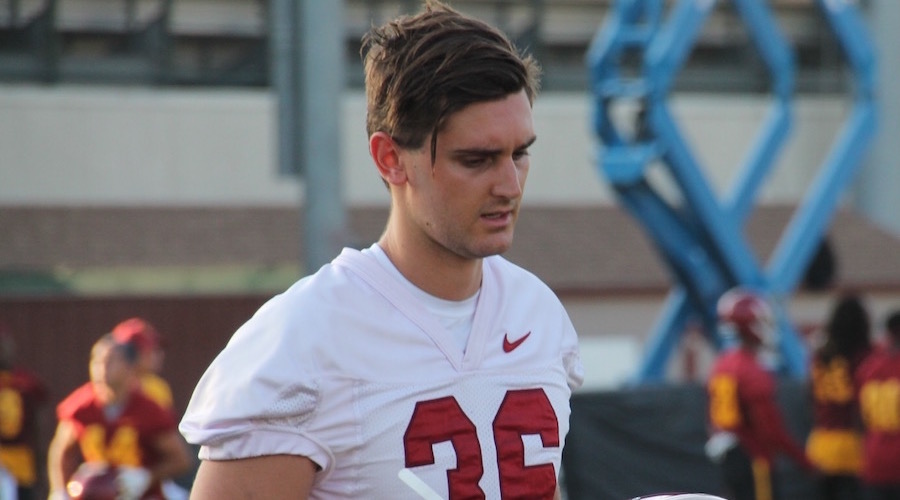 In this edition of the mailbag we discuss Larry Scott, Utah recruiting, homesickness, Chris Tilbey, Jalen Greene and more:

What would you say is the satisfaction level of the PAC-12 schools regarding Larry Scott’s performance as commissioner?

I haven’t heard any official comments from the schools on Scott but the pulse of his performance from media and fans has not been good and I doubt the school officials feel much different. One of the biggest items on Scott’s agenda has been the Pac-12 Network and there have been a lot of struggles with scheduling and financial projections that have not been met, and are falling behind other conferences more and more. There doesn’t seem to be much goodwill right now for Larry if that situation, and others, don’t change in the near future.

Who is playing Mcsorley on the scout team?

It’s one of the two walk-ons, either Thomas Fitts or Holden Thomas, but he’s been wearing a service team jersey in practice so I’m not really sure which one it is.

Any thoughts about getting anyone like Bigelow or Lobendahn back for the bowl game or none until Spring? And obviously we all want to know when Adoree and/or Juju are going to announce intentions for next year.

No, there aren’t any thoughts on getting either of those players back for the bowl game. Both were at practice yesterday, Bigelow is there every day but we don’t see Toa in attendance all the time. Adoree’ and JuJu both said this week that they will wait until after the bowl game before announcing any intentions for next season.

How do you see the success of Porter Gustin, and to a greater extent Stevie T., influencing other prospects in the great state of Utah that USC is targeting?

The Trojans picked up a commitment from Utah linebacker Tayler Katoa this morning so that’s a good sign. And sure, when players from the state have success at USC it’s bound to have an impact on other recruits coming behind them in future years.

Freshmen have suffered from homesickness since the first time a kid left home for a far away college. I know I did, though it was more toward the end of my frosh year.. But I have to say that caving in to it would have been unacceptable. For me it was something to survive through. What with smart phones, social networking, texting, video, etc. it seems as if this problem should be minimized in todays world. The question is: are kids a little softer today in this regard? I honestly never remember this being a concern for USC football back in the 70’s, 80’s or even 90’s.

I don’t think kids are necessarily softer but I thought it was interesting to hear Dr. Magdi El-Shahawy talk last summer in an interview we did about how involved parents and families are now in the transition to college, as opposed to past years when the players came to college a little more independent. He said a lot of the focus that the athletic department support people deal with is getting the student-athletes to learn how to fend for themselves and take control of their process. I think that can definitely come into play a little for out-of-state kids and I would use Noah Jefferson has a primary example. We never heard of anything really negative about Noah as a kid but we did hear talk of homesickness and the need to “grow up”, but it didn’t happen for him at USC and he ended up leaving school.

Will the majority of USC’s commitments to fill this class come before or on NSD?

I think the base of the class that’s in place is pretty good so I don’t think there is a “majority” left to be filled but there are still plenty of spots to go. And the one thing to remember about this staff is how well they closed last year with 7 spots to go on signing day eve and they filled them all in a quality fashion. It’s still one of the more impressive signing day performances I’ve ever seen from a staff. In order to pull off something similar between now and signing day you would love to finish off with names like Holmes, Jackson, Davis, Pili and others.

The stats tell a very good story about Tilbey (photo above) and the punt team. Chris had 46 punts this year, and only 2 were touchbacks into the end zone. 35 of the 46 were either fair catches or downed inside the 20. Only 7 punts were returned by the opponent for a combined total of 32 yards. John Baxter places a priority of accuracy with placement of the punt and not allowing return yardage, and the Trojans succeeded in both this year.

Garry, Have you seen any indication that Clancy P. is going to take a more active roll in recruiting?

No, we haven’t seen anything different in the way Clancy has been involved in recruiting this year, and I don’t get the sense there is much thought for it to change. It’s not like Clancy isn’t involved at all but he’s not a guy who is going to be flying around the country and hustling up to meet with recruits.

How has Jalen Greene looked at 2nd string QB?

Comfortable. One of the things I’ve liked about Jalen since he got here is how he has been able to bounce back and forth between QB and WR, he’s handled it very well.

With coaches trying to clear space in their recruiting class in recent weeks, I was curious if you’ve ever seen a situation where USC had to pass on a very highly ranked 4-star or higher because there was just no more room and he wanted to commit too late in the process.

That’s a tough question and I can’t remember one off the top of my head. I’m sure at some point in the Pete Carroll era there was a situation like that.