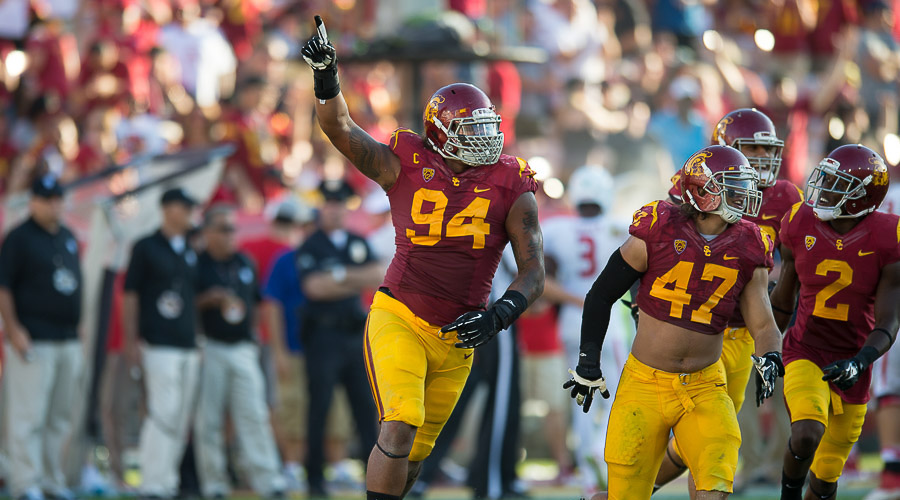 USC has been home to some great defensive linemen throughout its history, but the ones voted to the WeAreSC All-Time Team skew slightly more recent.

All four players breezed through the voting, landing comfortable at Nos. 1 and 2 in the defensive end and defensive tackle voting.

At defensive end, Willie McGinest and Leonard Williams were the selections.McGinest wore the famed No. 55 while at USC from 1990 to 1993, earning two All-Conference awards. His 23 tackles for loss in 1992 are the third most by a Trojan in a season since 1975. A Lombardi Award finalists, McGinest tallied 193 tackles and 29 sacks during his career. He was selected fourth overall by the New England Patriots and still holds the record for most career postseason sacks.

Williams began his USC career at defensive tackle, where he was named Pac-12 Defensive Freshman of the Year. The next two years, he was a two-time All-Pac-12 and All-American, recording 13 sacks and 154 tackles. Williams left early for the NFL and was the sixth overall selection of the 2015 NFL draft.

At defensive tackle, voters chose two players who spent plenty of time on the same defensive line, in Shaun Cody and Mike Patterson.

Cody is largely credited with being the recruit that turned the Trojans around, helping spark the Pete Carroll dynasty that resulted in two national championships and a dominant run through college football. He recorded five sacks and was a first-time Freshman All-American in 2001. As a junior, Cody was a third-team All-American, while as a senior, he was a consensus first-team All-American, with 45 tackles, 10 sacks, two forced fumbles and two fumble recoveries. He was named Pac-10 Defensive Player of the Year.

Patterson played alongside Cody and was a fellow All-American as a senior in 2004. He anchored the defensive line of two national championship teams. Patterson became a first-round pick of the Philadelphia Eagles.

Patterson was a bit of a surprise selection for this team, as voters preferred him over options such as Tim Ryan, Gary Jeter, George Achica, and Darrell Russell.

As we move onto voting for linebackers for the WeAreSC All-Time Team, the only piece of advice we can offer is good luck. Trying to narrow down the candidates from USC’s pool of players at that position down to the three most deserving might be the most difficult decision of any position.