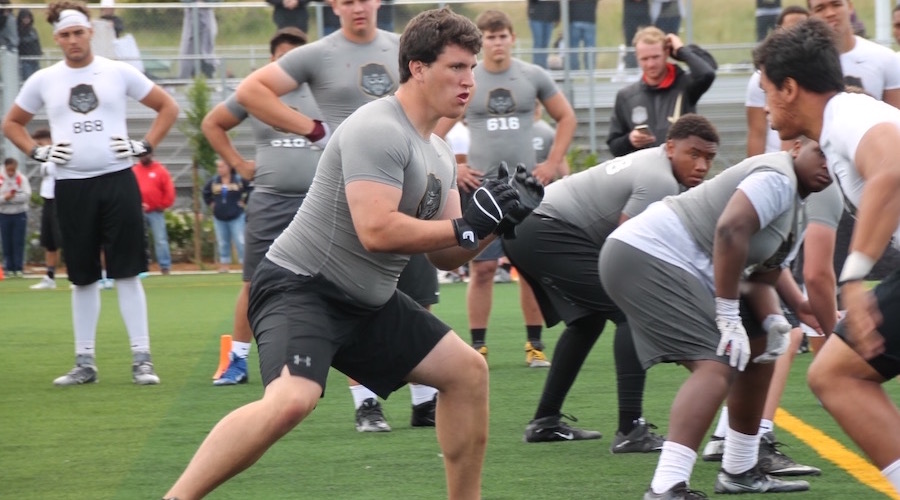 The Trojans added another commitment for the class of 2017 when Kingsburg offensive lineman Andrew Vorhees announced via his Twitter page that he would be attending USC.

Vorhees (6-6, 290) is a player who has seen his stock rise rapidly this spring and he was offered by the Trojans last month in addition to other offers from schools such as Oregon, ASU, Utah and Cal. He showed solid fundamentals at The Opening camp a few weeks ago in Oakland against some very good line competition.

This is the second o-line commit for the Trojans this week after Santa Margarita center Brett Neilon gave his verbal on Wednesday. USC now has 8 commits for the class of 2017.