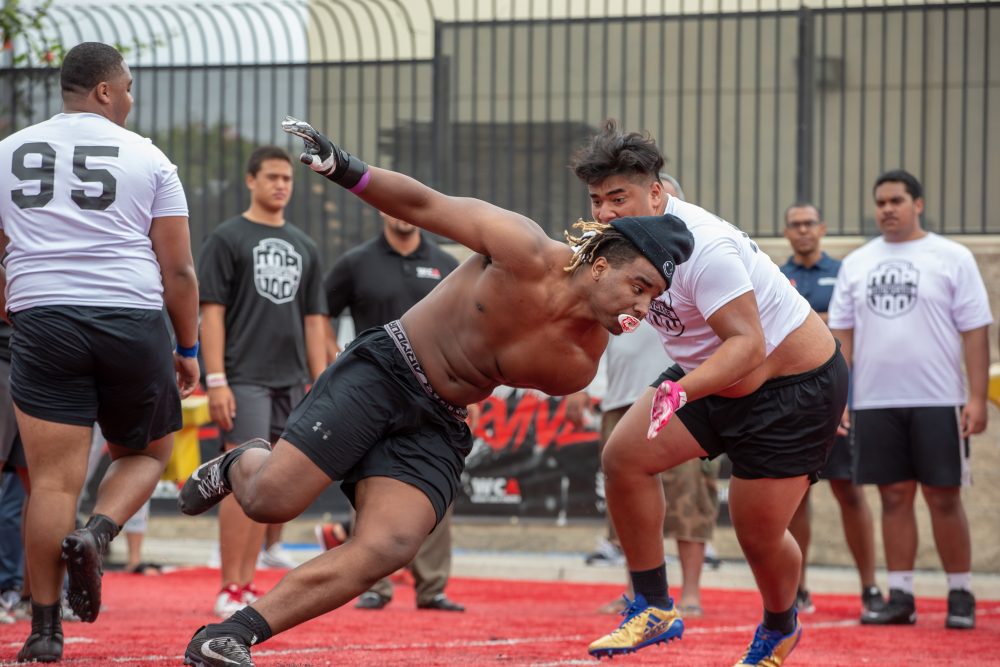 Several USC targets were in attendance earlier this month at the Winner Circle Athletics SoCal Showcase. It was a list that includes 2021 No. 1 overall prospect Korey Foreman (Corona, Calif./Centennial).

Foreman is likely the top target on the board for a number of programs in this class, as Clemson, Georgia, LSU, Oregon and USC have emerged as leaders, but Alabama and a few other programs are still involved as well. The talented defensive end and former Clemson commit will take as much time as he needs with his decision this time around, and publicly appears to be very much torn on a potential destination.

He put on a show during the showcase, as his raw athleticism in a frame that size makes him truly stand out.

In the 2022 class, cornerback Domani Jackson (Santa Ana, Calif./Mater Dei) is the No. 2 cornerback and No. 12 overall prospect. He’ll have a real chance to finish as a top-10 overall prospect and the No. 1 player at his position when the rankings are eventually finalized. He’ll be considered a must-get prospect for the Trojans, though a recent offer from Clemson has Jackson looking hard at the Tigers.

He turned in an impressive performance with his pure speed and fluidity in coverage.

Jackson’s high school teammate and fellow 2022 prospect, linebacker David Bailey was impressive during Mater Dei’s showcases this past spring, where he added several offers, including one from USC. He has a chance to have a big-time junior season as part of a loaded group of Monarch linebackers. While he said his biggest strength as a player is his pass rush ability, he showed well enough in coverage drills to prove that he can be a complete linebacker at the high school level and into college.