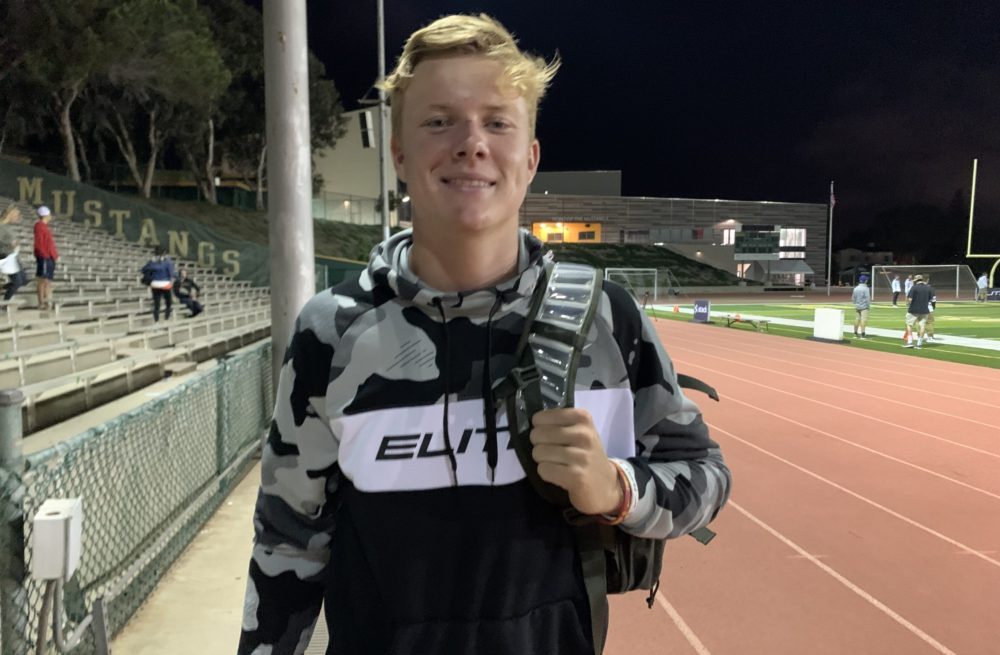 USC quarterback commit Devin Brown waited a while for his turn during Thursday night’s Pro Day drill at the Elite 11. But he made sure the wait was worth it, putting together one of the standout performances of the event.

The quarterbacks were given 20 throws to complete as they marched the length of the field hitting receivers on various routes of various distances. Brown connected on his first four throws, all short passes, before lofting a ball toward the left sideline for a deeper completion. The one bad throw came next, when Brown threw well behind and short of the receiver on a crossing route. It was the only uncatchable ball he delivered on the night and two throws later, Brown connected on a deep ball down the right sideline.

That was the throw Brown said calmed him down and locked him in for the rest of the event.

His best throw might have come a few plays later, when he rolled to his right and tossed a picture-perfect deep ball toward the right sideline that the receiver hauled in just before going out of bounds. At that point, just about every throw was drawing oohs from the receivers and his fellow quarterbacks. One receiver turned to the media to ask what the quarterback’s name was.

Brown wasn’t the only quarterback who impressed during the event. Quinn Ewers and Katin Houser were both terrific during their runs. But Brown again showed that he belongs in the conversation as one of the top performers so far, combining both days of the event.

The final portion of the Elite 11 will take place Friday morning, then the quarterbacks will compete in 7-on-7 play at The Opening, Friday evening and all day Saturday.