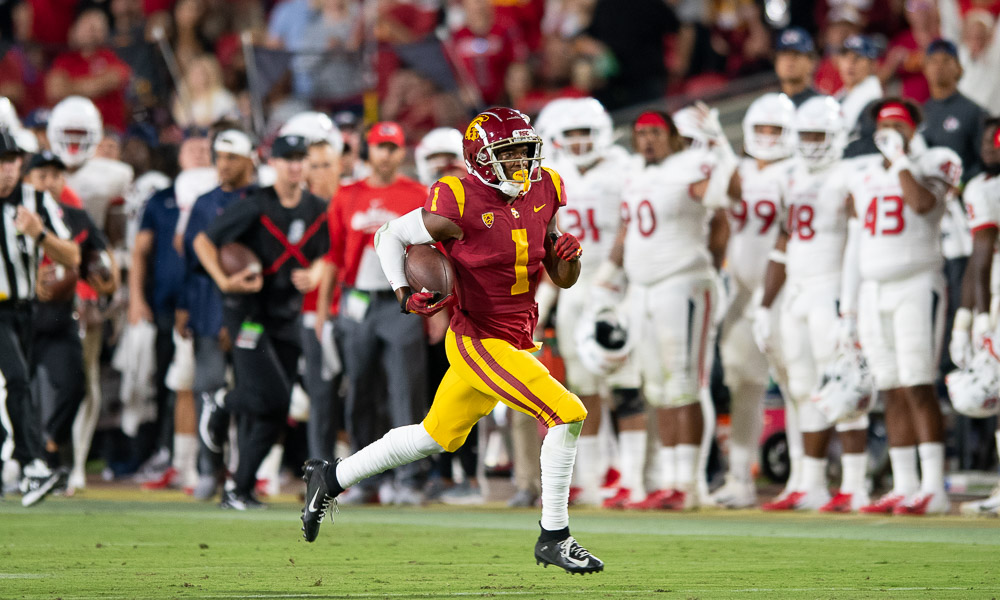 USC wide receiver Velus Jones will again explore his transfer options this offseason. This is the second time Jones has been in the portal, as he put his name in this past March before withdrawing it and returning to USC in June.

Jones missed spring ball while looking at his transfer options, but had a strong fall camp, with several big plays. But he was an afterthought as a receiver this season, as the Trojans had four options ahead of him catch at least 39 passes, with three receivers grabbing at least 74 balls. Jones had just six receptions for 35 yards, one season after catching 24 passes for 266 yards and a touchdown.

If Jones follows through with a transfer, he will be missed as a kick returner. Jones has been USC’s primary option there for three seasons. With 1,947 career kickoff return yards, Jones ranks second on USC’s all-time list, behind Adoree’ Jackson. He recorded his first kickoff return touchdown this season, with a 100-yard return in the season opener against Fresno State.

At wide receiver, the Trojans will have plenty of talent available, even after losing star senior Michael Pittman. Tyler Vaughns, Amon-Ra St. Brown and Drake London are scheduled to return, while Kyle Ford, Munir McClain and John Jackson III gained some experience this season. The Trojans should also welcome former five-star recruit Bru McCoy back to the field this spring.