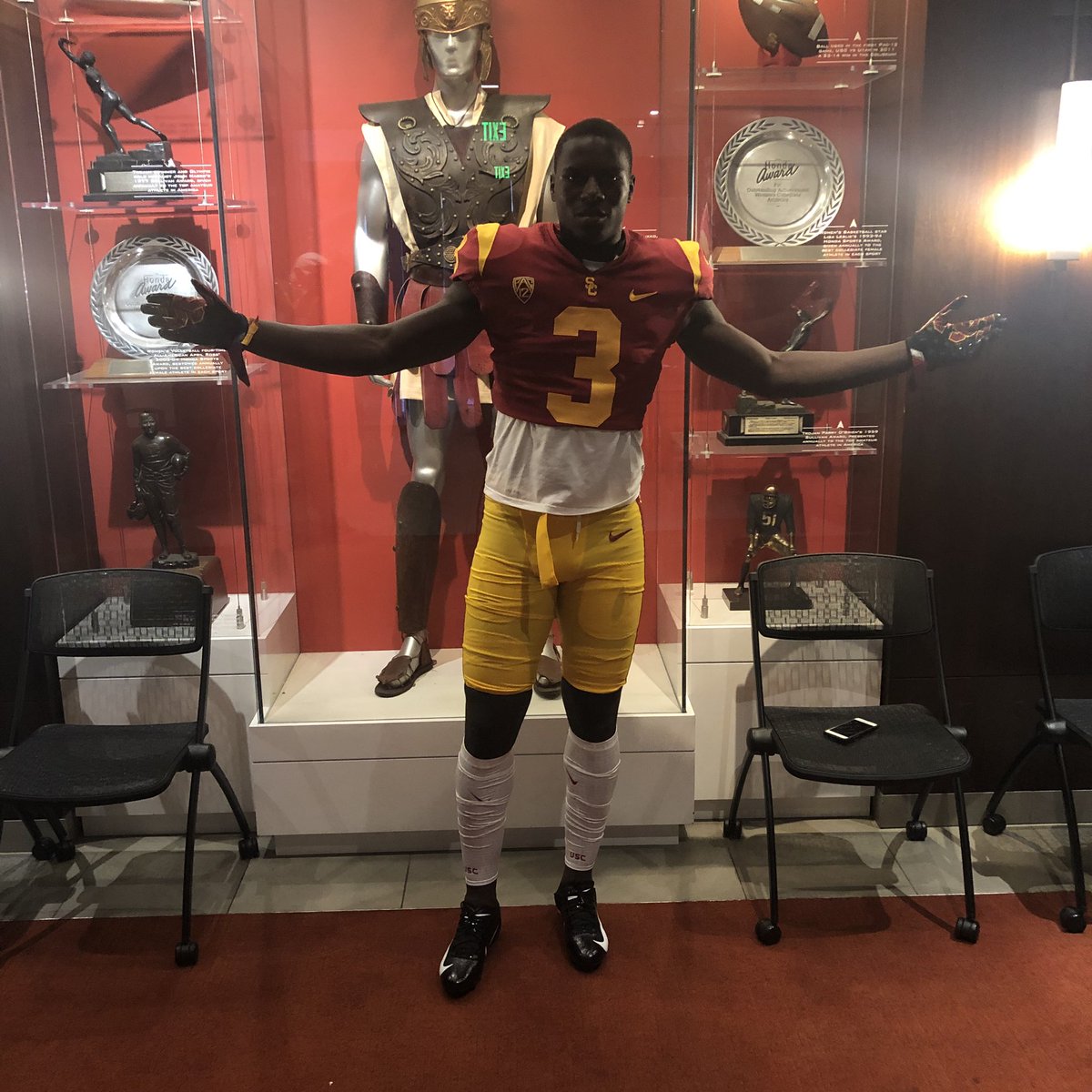 Velltray Jefferson knew that if he ever received an offer from USC, it would end his recruiting process. On Wednesday, Johnson was true to his word, as the Trojans extended an offer and the 6-foot-4, 215-pound athlete wasted no time committing.

Fresno Edison head coach Atnaf Harris said he had a good idea of what Jefferson would accomplish at USC’s elite camp.

“I knew if he came out here and showcased his ability, he would walk away with an offer,” Harris said. “He had no idea. He’s not it’s into the whole hype about the offers and all that stuff. He just came out here to participate in the workout.”

Jefferson impressed during the on-field portion of the camp enough for coach John Baxter to extend an offer.

Harris said the USC coaches told him after the workout that they would be offering Jefferson, but he let his star head into the conversation with Baxter not knowing what was coming.

“The coach offered him a scholarship to play football at USC and Velltray just lit up,” Harris said.

“He’s a die-hard,” Harris said of Jefferson’s USC fandom. “He’s been wanting to go to USC since he knew what college was…He’s been waiting on that conversation since he was five years old. That’s the only college he wanted to hear that from.”

While his commitment to USC is solid, his future position is anything but. Listed as a wide receiver, Jefferson is physically gifted at 6-4, 215 pounds. But at just 16, there is plenty of potential for growth.

Harris said the USC coaches don’t have a specific position in mind for him.

“They said ‘I’ll be honest, we don’t know where we’re going to play you, but there’s a position at USC where you will make us a better football team,’” Harris said. “And I think the same way. You see this kid now, and he might wind up at 240 or 250. He’s thick and very athletic. His upside is crazy.”

“He’s not a burner,” Harris said. “But what makes him special is, athletically, he can literally play all 22 positions on the field.”

While nothing is ever finished with recruiting, Jefferson’s pledge certainly feels as solid as anything gets for a 2021 prospect at this point in the process.

“All he’s ever talked about is USC,” Harris said. “It don’t get too much better than USC. Big boy football, high level, can be a national contender every year, city of Los Angeles. Are you kidding me? What more could you want?”