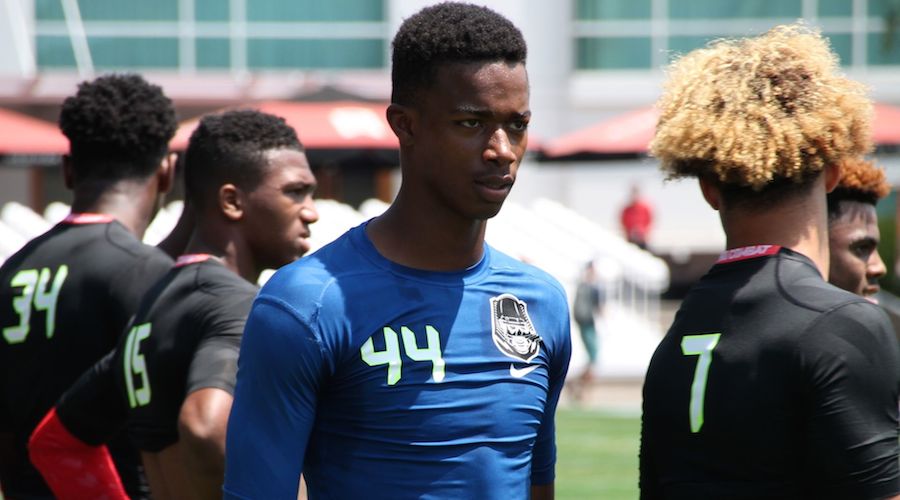 The Trojans continue to take advantage of the talented wide receiver class this year with the news that Tyler Vaughns has committed to USC.

Vaughns is the fourth ESPN 300 receiver to verbally commit to the Trojans and is the highest ranked of the group as the No. 95 player overall and No. 13 receiver in the nation. He is also the second recruit from Bishop Amat (La Puente, Calif.) to commit to USC following his teammate Trevon Sidney, who also plays cornerback but plans to play receiver for the Trojans.

Vaughns is a long and lean receiver at 6-foot-2, 180 pounds and is very smooth in everything he does on the field. He uses his arms well to extend for the football and has tremendous ball skills. He matches those traits with production as evidenced by his 83 catches for 1,183 yards (14.3 yards per catch) and 12 touchdowns as a junior.

“The thing that impresses me about Tyler is that every time the ball is in the air he thinks it’s his,” said Trojans radio analyst John Jackson, who also played receiver at Bishop Amat and USC. “He just knows how to make plays, he has great body control, and he has football speed in that he plays faster than he looks.”

In addition to Vaughns, the Trojans also have commitments from ESPN 300 receivers Josh Imatorbhebhe, Sidney and Michael Pittman, along with Velus Jones. USC did not take a high school receiver in the Class of 2014 in anticipation of the strong group of receivers available this year.