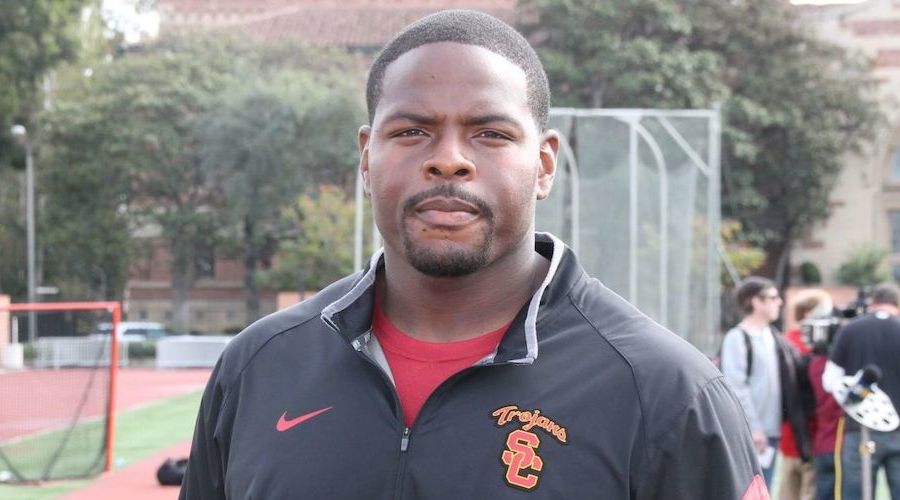 Lenny Vandermade and Kenechi Udeze were teammates at USC during the early stages of the Pete Carroll era and experienced a lot of success as part of the Trojan program.

Vandermade was a four-year starter on the offensive line from 2000-03 as both a guard and center, while Udeze set a school-record for sacks (28) as an All-American defensive lineman from 2001-03 before becoming a first-round draft pick of the Minnesota Vikings.

They have each worked their way up the coaching ladder, with Vandermade spending time at both San Diego State and the University of San Diego in addition to recent years as an offensive administrative assistant for the Trojans, while Udeze served coaching internships with the Buffalo Bills and Vikings before spending the past year as an assistant strength and conditioning coach at USC.

With the coaching transition at USC this year, both former Trojan players now find themselves thrust into assistant coaching roles as the team prepares for the Holiday Bowl match-up against Wisconsin.