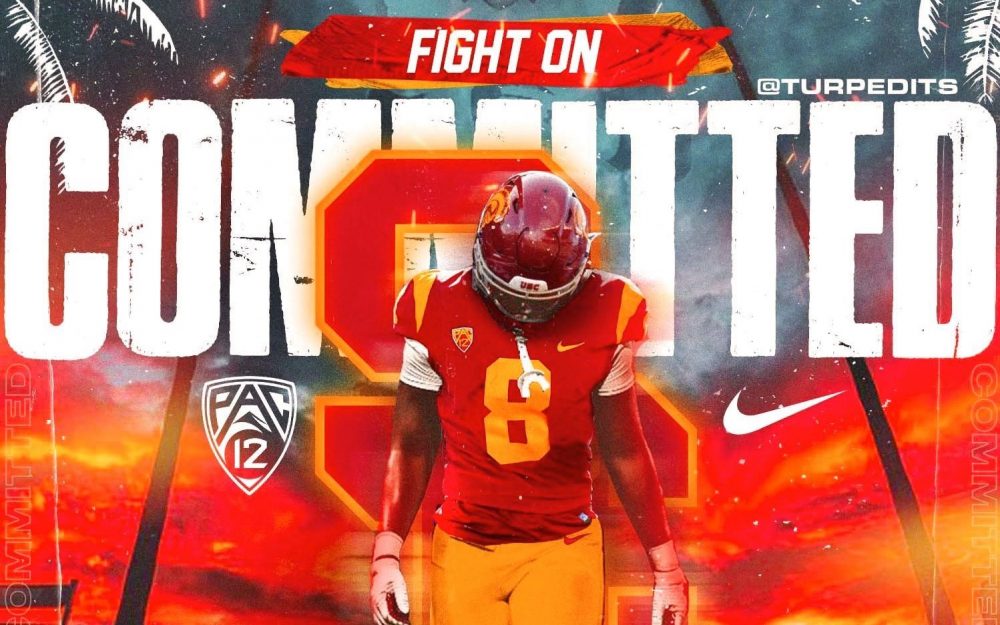 USC grabbed its 12th commitment in the 2021 recruiting class, as defensive end Colin Mobley made his announcement. And as usual, the USC football coaches and staff took to social media in celebration.

Mobley (Hyattsville, Md./DeMatha Catholic) got things started with his announcement, as the 6-foot-4, 260-pounder is the second defensive lineman to commit to USC in the 2021 class. If Mobley sticks with his USC commitment and eventually signs, he’d be the first prospect from Maryland to sign with the Trojans since Kenny Bigelow and Khaliel Rodgers did so in the 2013 recruiting class.

This is USC defensive line coach Vic So’oto’s first commitment for the Trojans, as he went back across the country to reel in Mobley. So’oto developed strong relationship with prospects up and down the east coast during his time at Virginia. It didn’t take him long once he was at USC to go back and extend several offers in that region.

Mobley got his USC offer in late March and So’oto reeled him in against some elite recruiting programs. So’oto often uses the phrase “Silverback” to describe his ideal defensive linemen–tough, strong, physical–and the defensive line group at Virginia called themselves “The Silverbacks.” That is definitely making its way to USC.

About that recruiting momentum, defensive coordinator Todd Orlando had one thing to say:

Wide receivers coach Keary Colbert has done his share of work on the recruiting trail in this class, and he acknowledged the effort So’oto put in to grab Mobley from across the country.

Just like when Simon committed out of the Pacific Northwest, USC Director of Player Development went regional with his celebration, tipping his cap to a Maryland regional delicacy.

But no USC social celebration is as anticipated as the one from USC Director of Scouting and Recruiting Strategy Troy Johnson, who consistently drops some of the best coach-related celebration gifs in recruiting. This one features So’oto.

And of course nothing relating to USC recruiting would be complete without hearing from Campbell, one of the most visible recruits in the nation when it comes to recruiting for their future program.