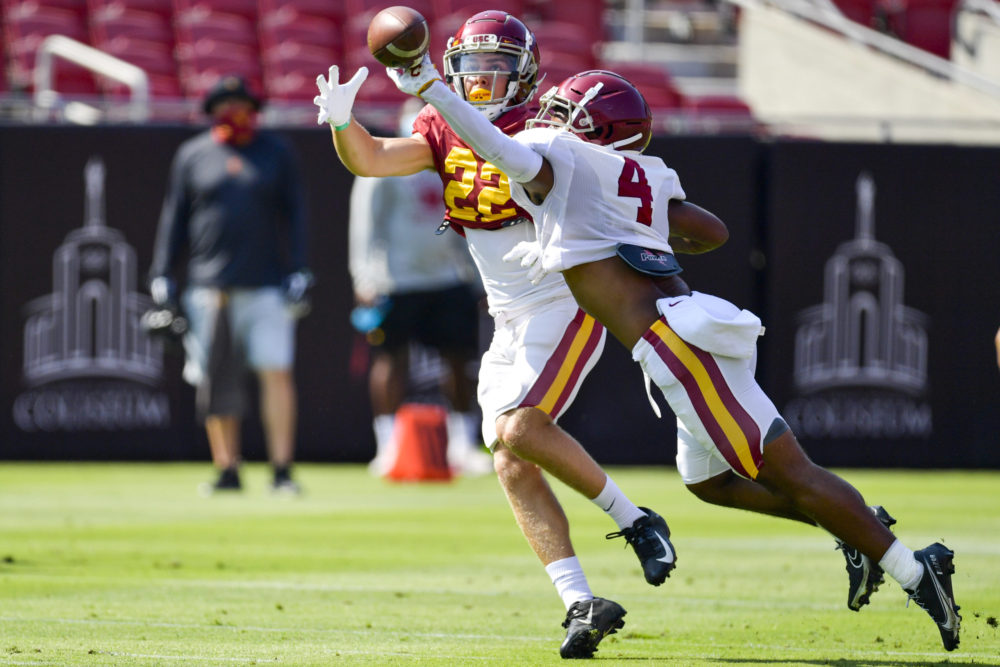 USC will be without safety Max Williams for the foreseeable future, as the redshirt sophomore tore his ACL during practice on Tuesday afternoon, according to a post from his father.

Williams assumed a starting safety role this spring, as USC has been without redshirt senior Greg Johnson as he recovers from a torn meniscus suffered last December..

There was no drop-off in play with Williams in there, as he’s started five times during his USC career. Last season, he recorded three starts and appeared in all six games. He had 22 tackles, half a sack and a deflection. His ability to play safety with the skill set of a cornerback helps him immensely in this defense, which asks him to help in the box against the run game and cover receivers one-on-one.

While all injuries at this time of the year are tough, this especially deflating news in that it happened to Williams, who tore his ACL in the same knee in the first game of his senior season at Serra High School. Williams pushed hard in his rehab and actually made it back the following fall to see action in four games as a true freshman at USC. The good news for Williams is that he knows what the road back looks like and will hopefully have the same kind of success with this rehab that he had with his previous one.

When Williams went down early during Tuesday’s practice, the Trojans inserted Briton Allen into that third safety spot. Allen has played well in the early part of this spring and could now be a big part of the depth chart at that spot. Walk-on safety Tommy Maurice slid into the second team on Tuesday.

It will be interesting to see how the USC defensive coaches adjust to this. Chase Williams and Isaiah Pola-Mao have been playing the traditional safety spots with the first team this spring, but Williams has some experience playing nickel as well. Texas transfer Xavion Alford could be an option there as well. Or, Allen could continue his strong play and find himself in the starting lineup until Johnson returns and attempts to get his spot back. USC could also take a look at the three early enrollee freshmen safeties — Xamarion Gordon, Calen Bullock and Anthony Beavers Jr. — who have all filled in a bit at cornerback this spring, as USC deals with a number deficiency at that position.

Class of 2021 signee Jaylin Smith is expected to land at nickel when he joins the program this summer.

USC’s next spring ball practice is scheduled for Thursday afternoon.