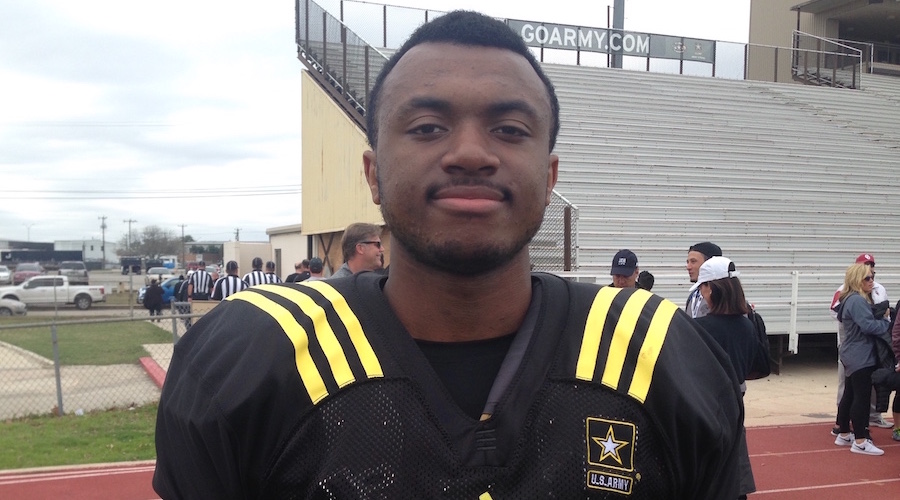 Can the Trojans close with a flourish?

USC head coach Clay Helton and Co. did a fantastic job of closing last year, snagging the likes of Jack Jones, Connor Murphy, Vavae Malepeai and Jamel Cook on Signing Day to finish with a top 10 haul according to several media outlets. And with a ton of momentum on their side this time around thanks to the team’s stellar run on the field over the last half of the 2016 season, the question now is: Can they finish even stronger this year?

Judging by what the staff already has in the current 16 commits in the fold, in combination with the elite prospects that they’re still in play for – some of whom have shown renewed interest in USC as of late – all of the pieces certainly appear to be there.

The next three weekends will play a crucial role as plenty of those big name targets are scheduled to make their way on campus for official visits. Players such as Joseph Lewis, the top-flight receiver out of Los Angeles (Calif.) Hawkins, and Josh Falo, the 6-foot-5 playmaking tight end from Sacramento (Calif.) Inderkum are just a couple of the high profile recruits expected who hold the potential to change the entire dynamic of the Trojans’ class.

There is arguably no greater position of need in the upcoming class for USC than defensive tackle.

The Trojans already possess one commit at the position in Terrance Lang, and another prospect who could wind up there in Jacob Lichtenstein. But with the loss of stalwart Stevie Tu’ikolovatu, not to mention Noah Jefferson, the staff would almost certainly like to add up to two more players here on top of what they already have.

Jay Tufele, who has a top 5 that includes the Trojans as well as BYU, Utah, Michigan and Ohio State could be the top interior defensive lineman left on the wish list. The South Jordan (Utah) Bingham star told WeAreSC last week that he would be taking an official visit to USC this weekend, but then tweeted out on Tuesday night that he’s going to BYU, but that isn’t necessarily cause for concern. He was still talking highly of the Trojans at the U.S. Army All-American Bowl practices, so there’s reason to believe that he’ll be at USC soon for a visit – likely on Jan. 20, a date he previously gave for his trip to USC.

Two defensive tackles that will be visiting USC this weekend are Aubrey Solomon and Javon Kinlaw. If the Trojans were to land either one of those two players there would be definite reason for celebration in the McKay Center.

Among the other interior defensive linemen on the radar are Brandon Pili and Myron Tagovailoa-Amosa – both of whom have already visited USC – Washington, as well as Marvin Wilson, who could potentially visit later this month.

No Holmes, no problem?

The Trojans recently lost out in the Darnay Holmes sweepstakes, but they’re still in the mix with some other very talented players at the cornerback spot – another important position for USC in this recruiting cycle.

Likely to take two corners in this class, the Trojans appear to be in solid position with a pair of U.S. Army All-Americans in Greg Johnson and Deommodore Lenoir.

Johnson, a former Arizona pledge, will visit USC on the weekend of Jan. 27 along with high school teammate, Lewis, and he will also visit Arizona State and Cal this month before announcing his decision on Signing Day.

Meanwhile Lenoir, who recently decommitted from Oregon, is tentatively scheduled to make a midweek visit to USC on Jan. 16, and he will also visit Nebraska and North Carolina this month.

Other cornerback targets include Oklahoma-commit Tre Brown, Florida-commit Elijah Blades, Georgia Tech-commit Tre Swilling, and Arizona-commit Tony Wallace, and there’s a chance that all four could wind up taking an official to USC in the coming weeks. There has also been talk that the Trojans could still be in the discussion with Utah-commit Jaylon Johnson.

If there is a must-get for the Trojans, it just might be Phoenix (Ariz.) North Canyon’s Austin Jackson. With the loss of a pair of starting tackles in Zach Banner and Chad Wheeler, as well as a promising freshman in E.J. Price, USC needs to rebuild its depth at the position, and Jackson, a fantastic prospect with Trojans bloodlines, would certainly help in that regard. The good news for Helton and his staff is that they appear to have a very good shot at inking the big tackle, although Arizona State and Washington are still in the picture.

The Trojans also already have another highly sought-after offensive tackle in the fold in Alijah Vera-Tucker, and in a sign that further reflects their need at the position, they’re also making a real run at Jalen McKenzie. The Trojans offered the Concord (Calif.) Clayton Valley Charter product recently following a solid senior campaign in which he successfully came back from knee surgery. Having immediately scheduled an official visit to USC for this coming weekend, it’s safe to say that he has legitimate interest in the Trojans.

Not done at inside linebacker

With the loss of seniors Michael Hutchings and Quinton Powell, USC has just three scholarship inside linebackers on the current roster in Cameron Smith, John Houston Jr. and Jordan Iosefa – four if you count Olajuwon Tucker, who was moved to the outside midway through this past season, and was ruled academically ineligible just prior to the Rose Bowl.

The Trojans have already bolstered this unit to a certain extent, adding an early entrant in Layton (Utah) star Tayler Katoa, but you have to think that they want to add at least one more player here.

Levi Jones is certainly one possibility, although his recruitment seems to be more wide open than ever right now, with Florida and Florida State gaining steam in recent weeks. If he takes an official visit to USC later this month, however, the Trojans have a real chance.

Georgia Tech-commit Bruce Jordan-Swilling is also scheduled to take a visit to USC later this month, so he’s still not completely out of the equation just yet either.

The staff has also picked up their recruitment of Dodge City (Kan.) C.C. inside linebacker Gary Johnson – so much, so, in fact, that he’s lined up an official visit for the weekend of Jan. 27. A former Alabama commit, he’s now considering the Trojans in addition to ASU, Louisville, Oregon and Texas.

More movement on the horizon?

With 16 commits currently in the fold out of a total of what is thought to be 23 available rides, and the Trojans still on the short list of a large number of outstanding prospects, a lot of people are wondering how in the world the staff will be able to fit some of these recruits in if enough of them want to come.

One way might be by bringing a player or two under the blueshirt tag, whereby they would count towards the following class. As seen by the example of Rose Bowl heroes Matt Boermeester, Deontay Burnett and Tu’ikolovatu, USC has obviously had plenty of success with blueshirts recently, so it certainly isn’t out of the question.

It also wouldn’t be a surprise to see more movement in the form of defections from the current group of commits. Just on Tuesday, in fact, longtime-verbal Marlon Williams decided to open up his recruitment, and prior to that players like Wylan Free, Daniel Green and James Lynch had all decommitted from the Trojans in recent weeks. Don’t be surprised if some more juggling amongst commits and de-commits takes place as we inch closer and closer toward Signing Day.