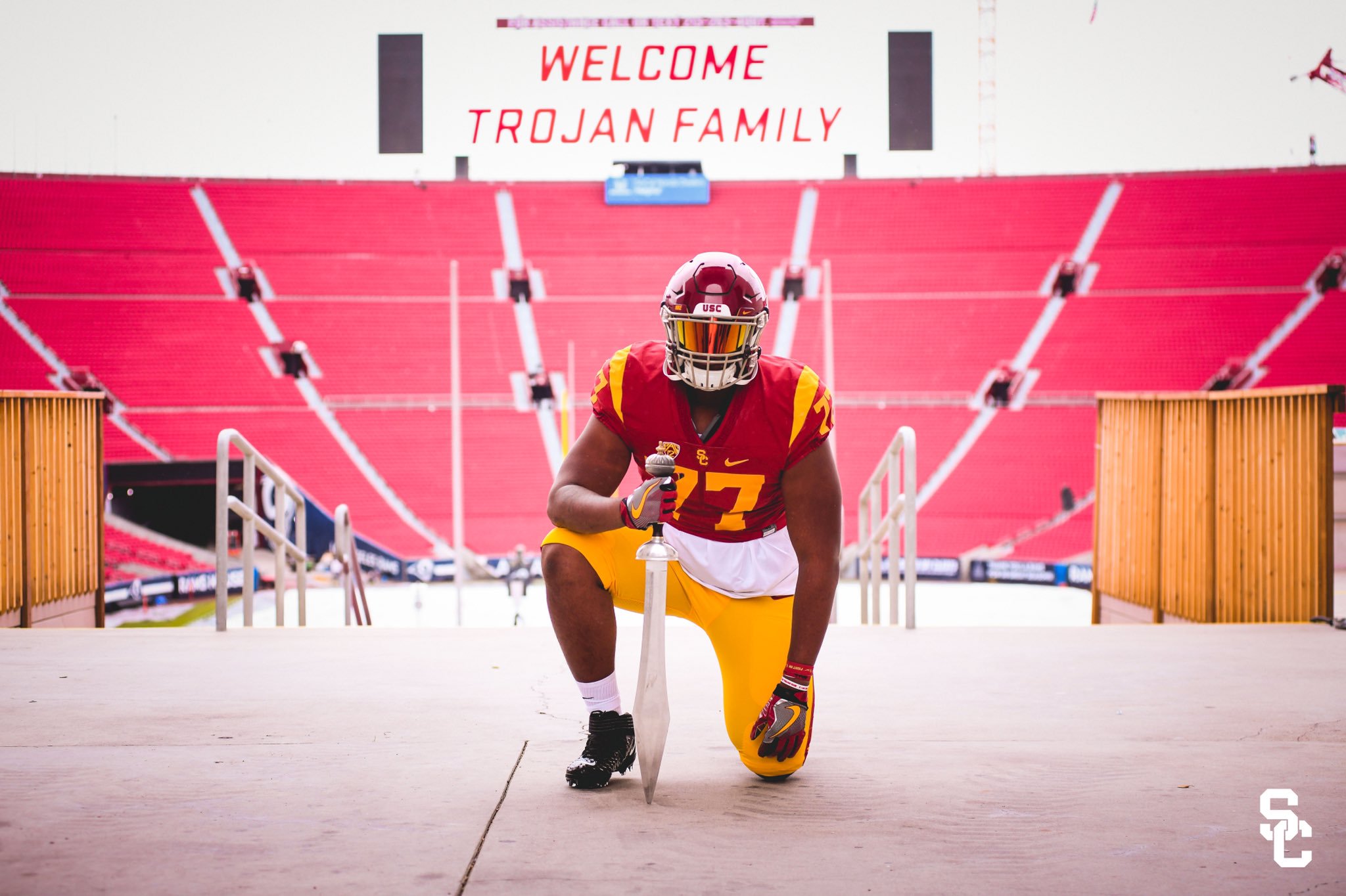 Offensive tackle Courtland Ford (Cedar Hill, Texas/Cedar Hill) announced his commitment to USC on Monday afternoon, giving the Trojans a big commitment from a big prospect at a big position of need.

Collier and Ford are the two recent additions, as running backs coach Mike Jinks has used his Texas history to help the Trojans in the state.

Offensive linemen are the top priority in this class, as USC is looking to replicate its success in the 2017 class, where the Trojans signed five linemen who have all started during their careers. The Trojans signed just two offensive linemen in the 2018 class and two more in the 2019 class, plus added graduate transfer Drew Richmond, leaving USC very short on numbers up front looking down the road. While this class likely won’t be asked to do any heavy lifting in 2020, the Trojans might need to find a few starters here once that 2017 group — Austin Jackson, Alijah Vera-Tucker, Brett Neilon, Andrew Vorhees and Jalen McKenzie — finish their USC careers.

The early signing period for this class begins on Dec. 18.