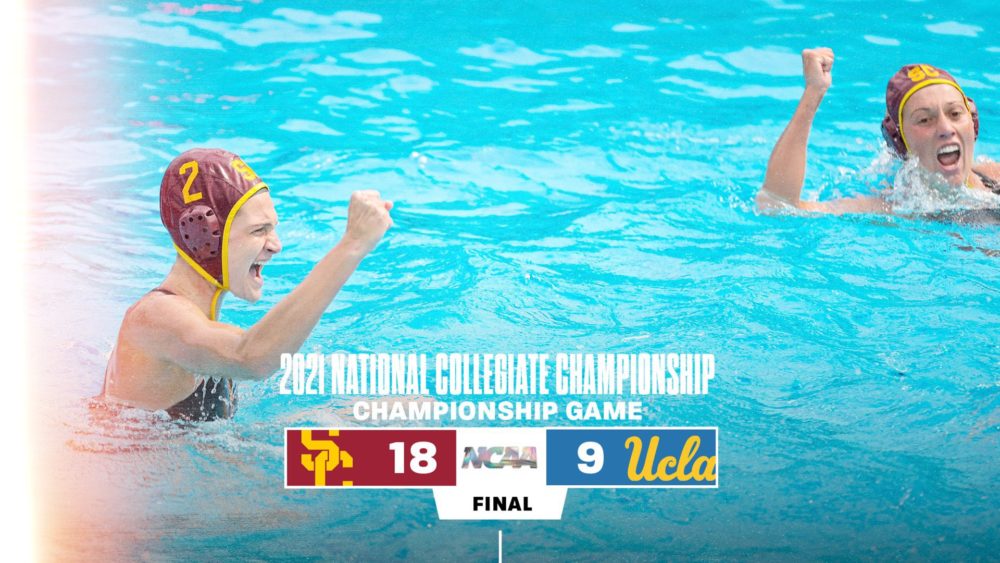 The Trojans ran up the score in an 18-9 win, scoring the most goals and posting the largest margin of victory ever in an NCAA women’s water polo championship game.

USC finished the season 22-1, with this performance in the finals acting as revenge for that one loss, which came at UCLA in the regular season finale.

Since women’s water polo became an NCAA sport in 2001, every national championship has gone to Stanford, UCLA or USC. The Trojans have now won three of the last five, including one-goal wins over Stanford in both 2016 and 2018. The previous five national championship games had been decided by just one goal each until Sunday’s dominating performance by the Women of Troy.

USC was led by redshirt senior Maud Megans’ six goals, but it was a stretch between the late first period and most of the second where USC turned a 3-2 lead into an 8-2 route thanks to five goals from four different players. USC’s 10 goals at halftime had already matched the record for the most goals scored by one team in any championship game.