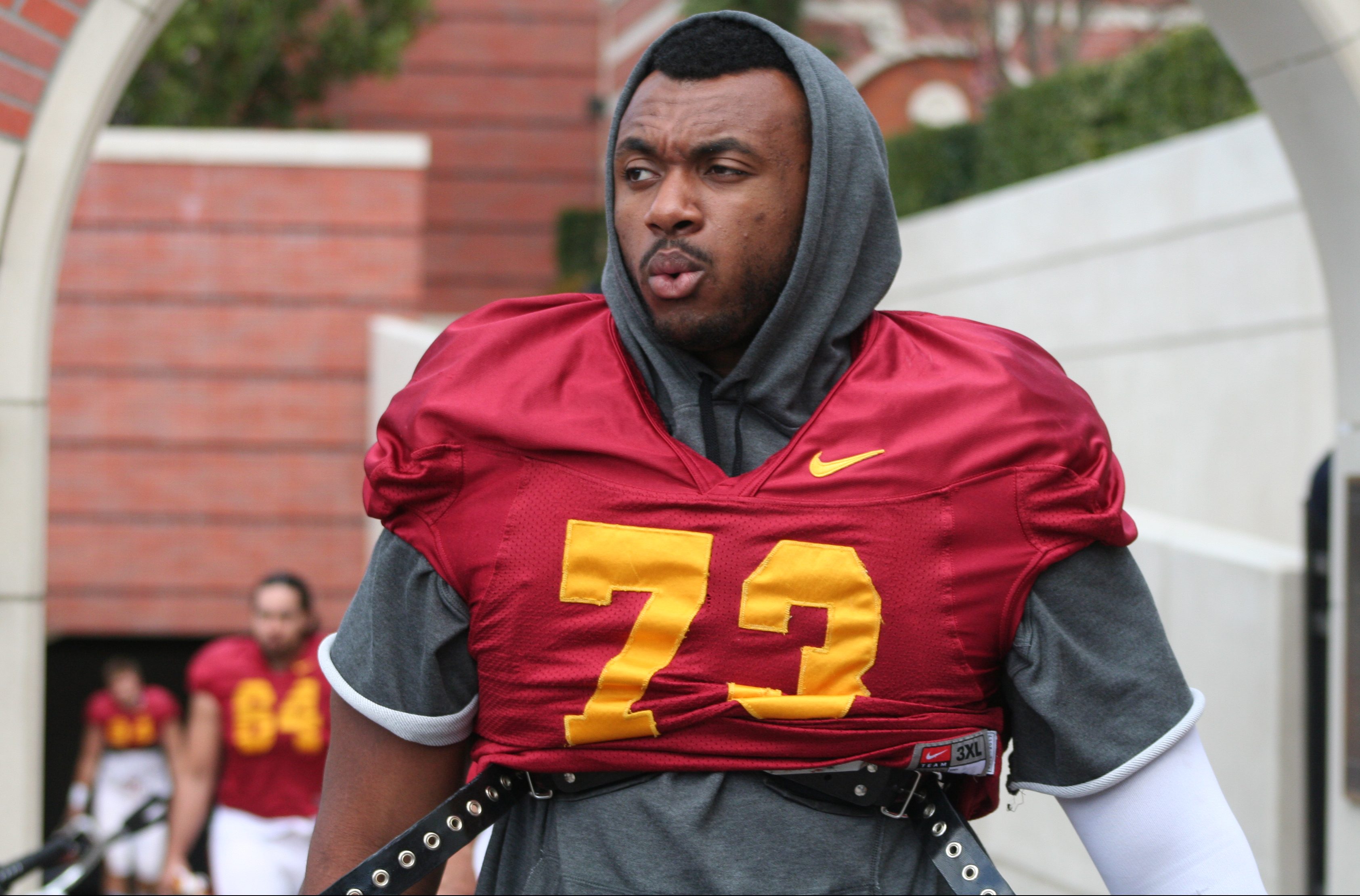 USC offensive tackle Austin Jackson is off to the NFL and could hear his name called during the first round of the draft on Thursday evening. In preparation, former teammates, coaches and Trojans sent messages to the lineman as he prepares to take the next step in his football career.

Former teammates Jalen McKenzie, Alijah Vera-Tucker and Brett Neilon – all members of the 2017 recruiting class with Jackson – made appearances in the video.

USC offensive line coach Tim Drevno had some words for Jackson as well.

“You’ve worked so hard for this,” Drevno said. “And always remember, Austin, if you don’t grind, you will not shine. Fight on, man. Here comes those Trojans.”

Former USC offensive linemen Pat Harlow, Sam Baker, Tyron Smith also had some words of praise and encouragement for a player who could become the 82nd USC Trojan taken in the first round of the NFL Draft.

Jackson started 25-straight games over his sophomore and junior seasons at USC, after appearing in 14 games as a true freshman in the 2017 season. He was named the Pac-12 Offensive Lineman of the Week following USC’s big win over Stanford early in the 2019 season.

He shared USC’s John McKay Award following the 2018 season. This past year, Jackson was named to the first-team All-Pac 12 and won USC’s Chris Carlisle Courage Award.

Not only did Jackson show his talent on the field while at USC, he displayed his character off it as well. This past summer, Jackson put his football career on hold while he went through a procedure to donate bone marrow to his younger sister who has Diamond Blackfan Anemia, a rare inherited disorder that prevents bone marrow from producing red blood cells.

Jackson underwent the procedure in July and was able to return to the practice field in August, where he didn’t miss a beat.

Jackson leaves a huge hole at left tackle for the Trojans, as Vera-Tucker will be one of the players potentially called upon to replace him there.