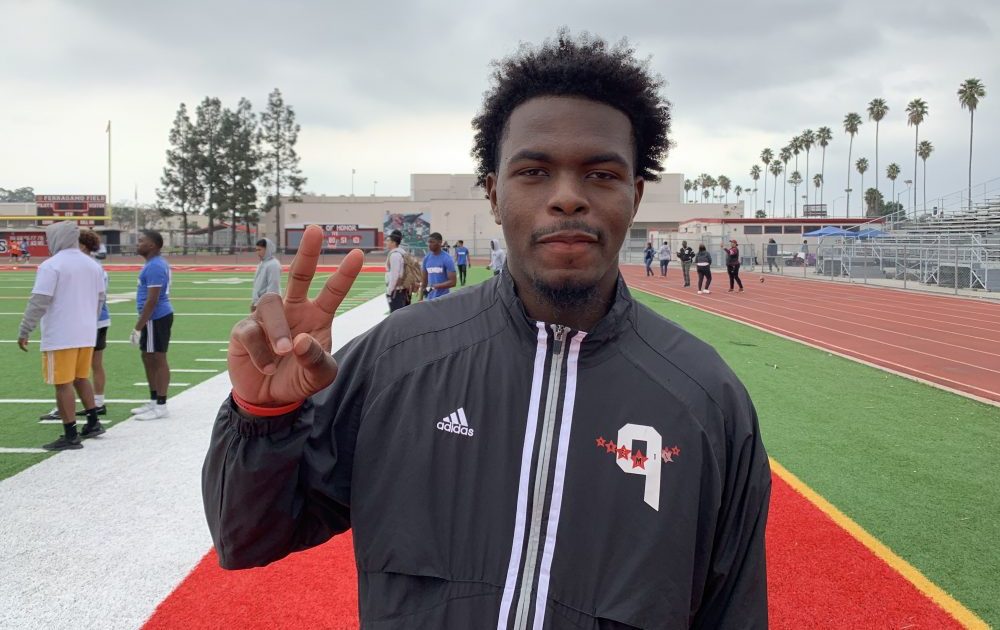 Last week was a big one for USC recruiting, as the Trojans collected three verbal commitments, moved into the top 10 recruiting classes in the country, and gained even more momentum on the trail.

In addition to the three commitments, the week also showed that USC continues to do well with a number of recruits both locally and nationally.

USC is looking for a second quarterback to add to the commitment from Jake Garcia (La Habra, Calif./La Habra), and local prospect Miller Moss (Mission Hills, Calif./Alemany) is at the top of the list. Moss is down to four programs, as Alabama, LSU, UCLA and USC will compete for his services. Alabama doesn’t have a quarterback commitment, but Moss is well aware of Bryce Young, who signed with the Crimson Tide in the 2020 class. LSU signed two quarterbacks in the 2020 class. Moss has been a top target of UCLA, which has a huge need for a quarterback in this class.

Four-star defensive end Aaron Armitage (Blairstown, NJ/Blair Academy) was one of the first few defensive line prospects targeted by defensive line coach Vic So’oto after he made the move to USC from Virginia. Armitage released his top five schools last week, with USC listed alongside Florida, LSU, Oregon and Stanford. With academics a big piece of the puzzle, Stanford is always going to be tough to beat for the 6-foot-4, 242-pounder, so So’oto will have his work cut out for him in chasing Armitage against some national recruiting powers.

USC also landed in the final group of schools for cornerback Jamier Johnson (Pasadena, Calif./Muir), who included the Trojans in his final seven, alongside Arizona State, Colorado, Nebraska, Ohio State, Oregon and Texas. Johnson is teammates with the most recent USC commitment, Calen Bullock, so the Trojans will have that benefit if they go all in on the four-star cornerback.

USC doesn’t yet hold a commitment from a wide receiver in this class, but it’s a position the Trojans will do just fine with, as there are plenty of pass catches still on the board. Two of them announced USC as a potential destination this past week, as both Michael Jackson III (Las Vegas/Desert Pines) and Ahmari Huggins-Bruce (Dillon, SC/Dillon) included the Trojans in their top lists, with Jackson posting a top 11 and Huggins-Bruce going with a top 15.

USC is in on a few highly-ranked wide receivers in Troy Franklin (Menlo Park, Cailf./Menlo-Atherton) and Quay Davis (Dallas/Skyline), but there are some intriguing three-star options at the position in Jackson, Huggins-Bruce and others. Jackson is a top Oregon target, with Cal, Penn State, UCLA and others involved as well. Huggins-Bruce is a Virginia Tech lean, as the Hokies are putting together a strong class.

USC has been aggressive in extending offers to 2021 and 2022 prospects this spring, as the Trojans coaches are going to recruit the entire country for prospects that fit into their offensive and defensive schemes.

Running back coach Mike Jinks also continued offering prospects, as 2021 running back Alton McCaskill (Conroe, Texas/Oak Ridge) picked up an offer from USC. The three-star back checks in at 6-foot-1, 195 pounds and holds offers from Auburn, Florida State, Oklahoma State, Penn State and others. It is an incredible year for running back talent in Texas, and a lot of them are going to get out of the state. USC already holds a commitment from Texas tailback Brandon Campbell and the Trojans have offered a few more. The Trojans have tailback targets in San Diego and northern California, but Jinks is going to make sure he has plenty of options to chase, as USC absolutely has to get a couple running backs in this class.

The Trojans also offered a handful of 2022 prospects.

One was 6-foot-4, 220-pound tight end Holden Staes (Atlanta/Westminster). USC joined Colorado, Georgia and Michigan in offering Staes, and then Oregon offered shortly after USC did.

Offensive guard George Maile (South Jordan, Utah/Bingham) picked up an offer from USC. The 2022 prospect checks in at 6-foot-3 and 270 pounds. Oregon and Utah have offered already, but Maile’s mother is a USC graduate, so the Trojans will have that going for them in this recruitment.

USC extended another 2022 quarterback offer, as Walker Howard (Lafayette, La./St. Thomas More) grabbed one. The 6-foot, 180-pound dual-threat quarterback is the No. 62 overall recruit in his class. Alabama and LSU have both already offered and his father is a former LSU quarterback.

USC also made a rare offer in the 2023 class, as linebacker Anthony Hill (Denton, Texas/Ryan) is on the Trojans’ board now. It takes a different kind of prospect to grab an offer after his freshman season, and the 6-foot-2, 200-pound outside linebacker appears to be that. He already holds offers from Florida, Miami, Oklahoma, Penn State and others. Again, USC isn’t going to be shy about going into Texas to make an early offer and a statement.