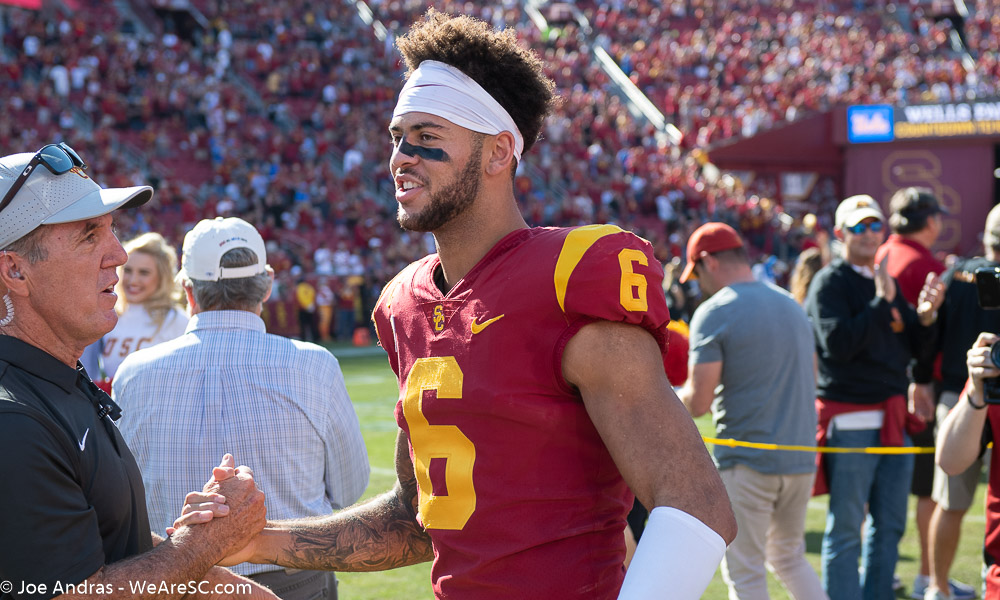 Twenty three former Trojans landed on active 53-man NFL rosters for the 2020 season, including a few in new locations. Another handful were officially added to practice squads over the weekend. Here, we run down where you can find all the NFL Trojans.

There are three former Trojans in a few places, but only the Dallas Cowboys have three on the active roster, as defensive end Everson Griffen has joined offensive tackle Tyron Smith and defensive tackle Antwaun Woods.

Two USC quarterbacks are still on active rosters, as Sam Darnold is looking to put together a strong 2020 season and Matt Barkley is the backup in Buffalo.

Running it down position by position, including those signed to practice squads and on a roster but either opting out of this season or on injured reserve, USC has two quarterbacks, one running back, one tight end, seven wide receivers, six offensive linemen, six defensive linemen, four linebackers and four defensive backs in the NFL.

Marqise Lee – Wide receiver (opting out of this season)

Marvell Tell – Safety (opting out of this season)