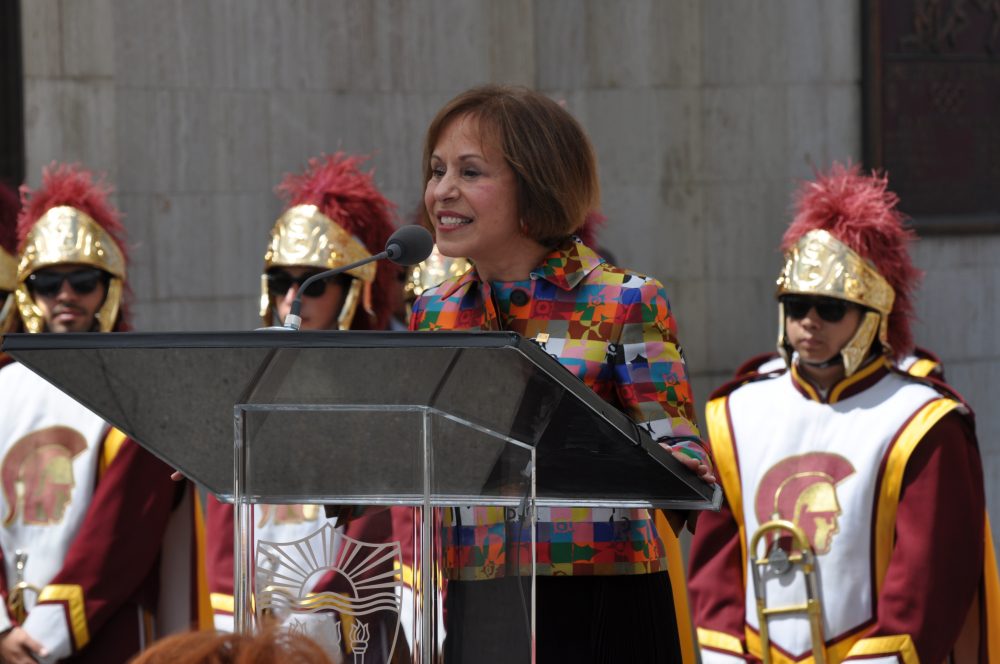 USC President Carol Folt announced Tuesday that the school will return to in-person learning this fall, as there will be a mix of on campus and online classes.

The fall semester will begin August 17–one week earlier than planned–and will conclude with finals before Thanksgiving break. It’s an academic plan many universities have chosen to employ, as schools are hoping to avoid having students go home for the break and then returning back to campus during the onset of the flu season.

As for football, this is another step toward USC having a 2020 season. At this point, there seems to be very little doubt that the season will take place on a national scale, as every potential plan from every school includes playing the 2020 season in some form. Having students on campus was consistently mentioned as one of those benchmarks toward allowing fall-sport student-athletes to participate on the field. While it was never specifically mentioned as an absolutely requirement, having the general student body on campus in some way likely alleviates any issues that might have arisen from solely trying to bring back athletes.

Folt mentioned that classes may use seating assignments to enable effective contact tracing, and USC will enact a set of requirements for those returning to campus. Those requirements include social distancing, wearing masks, and completing an online training course on public health guidelines.

Football players will be required to be tested for Covid-19 every week, according to a report earlier this week. The Pac-12 has yet to announce an official plan, but robust testing and tracing plans have been consistently mentioned as keys to playing football in the fall.

The Pac-12 has announced that conference student-athletes are able to return to campus for voluntary workouts beginning June 15. Several conference schools have announced that they plan to bring players back–in a phased approach–that day.

USC has yet to announce a plan for its student-athletes, as California and Washington are two states in the Pac-12 footprint that have yet to allow the full reopening of gyms.

The LA County Economic Resiliency Task Force–spearheaded by Casey Wasserman–this past Friday submitted a report detailing a four-phase plan to reopen venues for sports and live entertainment. Phase One of the plan includes training and facilities, complete with best practices recommendations for athletes, personnel and staff in areas of monitoring, physical distancing, sanitizing and communications.

Phase Two includes spectator-less events. Limited capacity events are covered in Phase Three, and full capacity events in Phase Four. There were no exact dates given for rolling out each of the four phases, but Phase One and Two were described as, “Where we are today.”

If this plan, submitted to the L.A. County Board of Supervisors, is adopted, it would seem to lift any statewide restrictions on USC student-athletes returning to campus for voluntary workouts beginning June 15. In that case, it is likely that USC would begin bringing local football players back on campus on that date, or as close to it as possible.