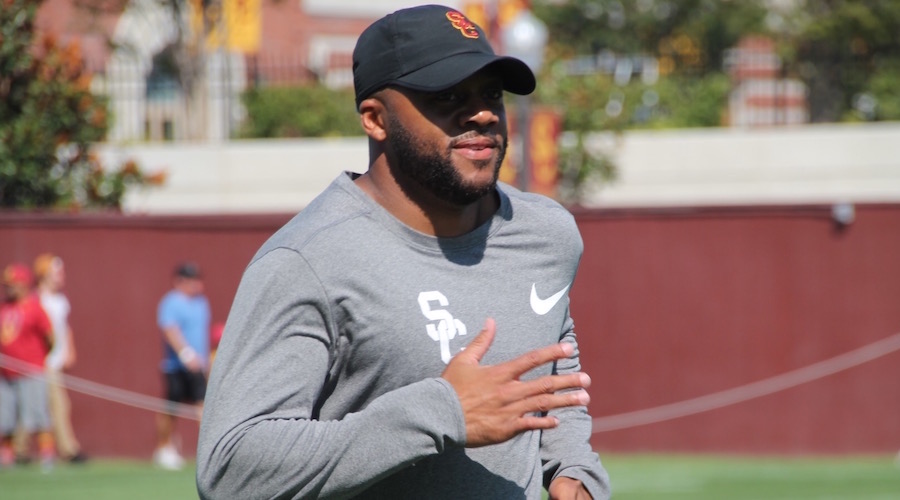 Keary Colbert, a former USC wide receiver who has been on the Trojan staff in recent years as a quality control assistant, will be the next tight ends coach for the Trojans.

Colbert attended USC from 2000-0003 after playing at Hueneme HS, and was part of an AP national championship team in 2003, including a career-high 149 yards in the Rose Bowl victory over Michigan. Keary also had 207 career catches, which was the leading career mark at the time he left USC.

He was a 2nd round pick of the Carolina Panthers in 2004, and also played for the Broncos, Seahawks, Lions and Chiefs.

Keary began his coaching career at USC in 2010 as an assistant tight ends coach, and has also been at Georgia State and Alabama, before coming back to USC in 2016.

Colbert was able to be added to the staff as a full-time position coach due to a new NCAA rule allowing all schools a 10th full-time assistant.