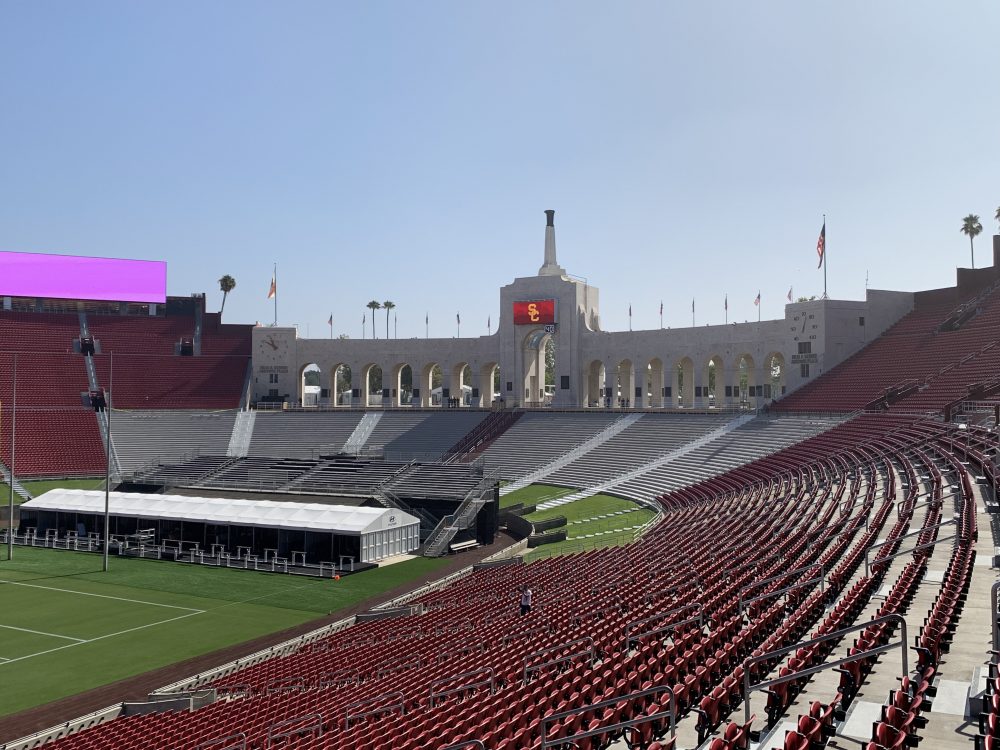 Mike Bohn is listening. It’s what he said he would do upon taking over as USC athletic director, and while virtually anything he says or does has been met by an avalanche of online vitriol from the vocal majority of USC fans, he’s proving that he’s listening.

Bohn was thanked by every new assistant coach hired this offseason, as the Trojans opened up the checkbook in order to bring in five quality additions to the coaching staff.

And he likely ingratiated himself even more with USC fans following his most recent announcement, that USC will cancel its scheduled 2021 game against FCS program UC Davis.

Just three programs have never played a game against an FCS school, but USC was set to leave that group when it announced last fall that it would play UC Davis to kick off the 2021 schedule.

USC fans were united in their outrage and Bohn said on a podcast with 247Sports that it was a factor in his decision to cancel the game. USC will need to pay UC Davis $725,000 to get out of the game, and will now look for a replacement for that date.

Because schedules are made so far in advance, it can be difficult to find a match at this late stage, but conveniently, in-state program San Jose State just opened up on that date, as the Spartans collected a $1.8 million check from Georgia, which bought out the game in order to play Clemson on that date. USC has six home games scheduled for 2021, so a neutral-site game or a road trip to set up a home-and-home with a big-name program would likely fit into the schedule. But playing UC Davis was largely done to make sure USC could get seven home games, so hosting the Spartans would seemingly make sense on that front. USC has a home game against BYU and a road trip to Notre Dame already scheduled as non-conference games for 2021.

In 2019, only 15 Power 5 programs did not play a game against an FCS team. Every ACC and SEC program played one and eight Pac-12 programs did as well.

With this scheduling change, USC will continue along with Notre Dame and UCLA as the only three FBS teams to never play an FCS team.

Update: USC has officially added San Jose State to its 2021 schedule, scheduled for Sept. 4 in the Coliseum.

“We recognize the long-standing tradition that USC has only played FBS schools and we heard passionately from our fans about how important that is to them,” USC athletic director Mike Bohn Said in a statement.  “So when this opportunity to schedule San Jose State arose, we listened and made it happen.”

USC will also host San Jose State in 2024. The Trojans are 4-0 all time against the Spartans.