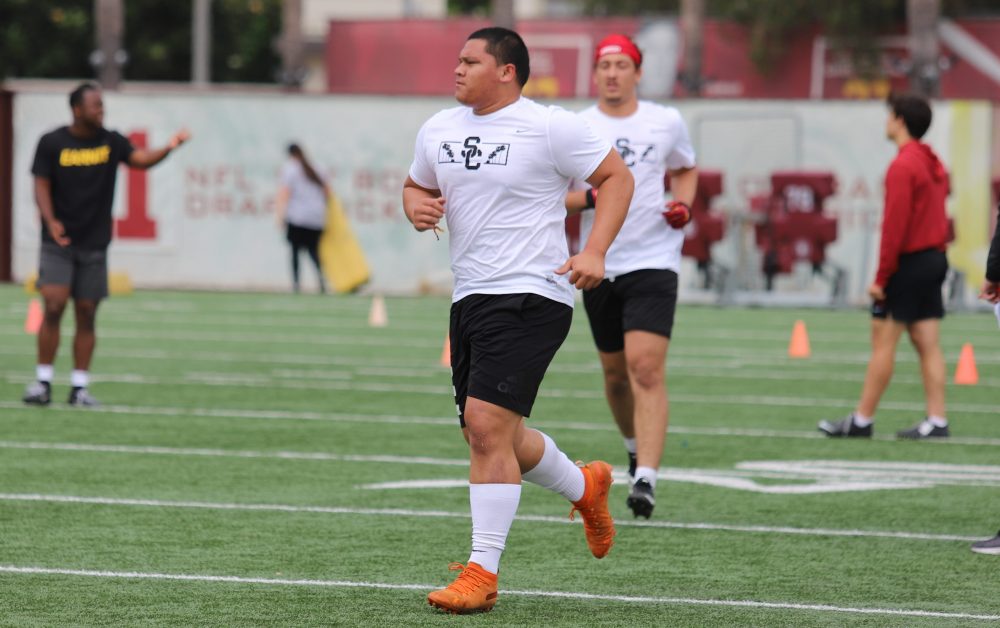 By Erik McKinney and Carson Marsh

Several 2020 and 2021 USC commits are still going deep into the playoffs, and the Trojans are set for a big recruiting weekend as they host multiple prospects, as well as the UCLA Trojans.

USC head coach Clay Helton called this a big recruiting weekend and that certainly appears to be the case, as the Trojans hope a third-straight win to close out the regular season might help establish some momentum on the recruiting trail.

The biggest name who will be in town from out of state is four-star safety Jordan Morant (Oradell, NJ/Bergen Catholic). Morant attends the same school that former USC linebacker Brian Cushing attended and he grew up a USC fan. The Trojans made his list of finalists, but Morant pulled the trigger on a commitment to Michigan back in June. The Wolverines have recruiting New Jersey well, but the Trojans will have an opportunity to make a big impression on Morant. While USC added several safety prospects in the 2019 class, Dorian Hewett has moved to cornerback and Kaulana Makaula is at nickelback, leaving just Briton Allen at safety from that group.

The Trojans will also host one of their top local targets in wide receiver Gary Bryant Jr. (Corona, Calif./Centennial). USC loaded up at wide receiver in the 2019 class, but Bryant has the kind of speed and playmaking ability that you recruit no matter what your depth chart looks like. The Trojans have done well with Bryant, though he’s also taken official visits to Oklahoma, Oregon, Washington and will visit Arizona State later this month.

USC has a number of offensive linemen already committed, but the Trojans continue to look at prospects there. Offensive tackle Alex Harrison (Bountiful, Utah/Viewmont) will visit USC this weekend. The three-star lineman holds offers from Oregon and Utah, as well as others. The Utes appear to be the team to beat at this point, but Harrison is using this official visit to follow up on an unofficial visit he took to USC this past spring.

With both Los Angeles teams in the Coliseum, it’s likely that there will be plenty of recruits on hand for unofficial visits as well.

DT/RG Jamar Sekona and Marin Catholic defeated Kennedy of Fremont by a shutout score of 52-0 in the Division IV CIF North Coast Section Playoffs. The #2 seeded Marin Catholic team looks to utilize their defense again when they face off against the #3 seeded Acalanes on Saturday at 1pm.

OT Joey Wright and Bishop Monague defeated Spanish Springs by a score of 49-42 in a tough fought matchup between two very competitive teams in the NIAA 4A Northern Football Playoffs. Wright and the offensive line opened up plenty of holes for BM’s running backs, who rushed for a total of 378 yards and 6 touchdowns. Bishop Monague now played Reno Damonte Ranch, which picked up a win when the two teams played in the regular season.

OLB Ma’a Gaoteote and St. John Bosco’s defense shut down Calabasas by a score of 63-7. St. John Bosco plays Centennial tonight in one of the best matchups of the Division 1 CIF Southern Section Playoffs.

DT Jay Toia and Grace Brethren defeated Lawndale by a close score of 33-31. Toia recorded 3 solo tackles and 1 sack on the night. Grace Brethren faces off against La Habra tonight in the semifinal of the Division 3 CIF Southern Section Playoffs.