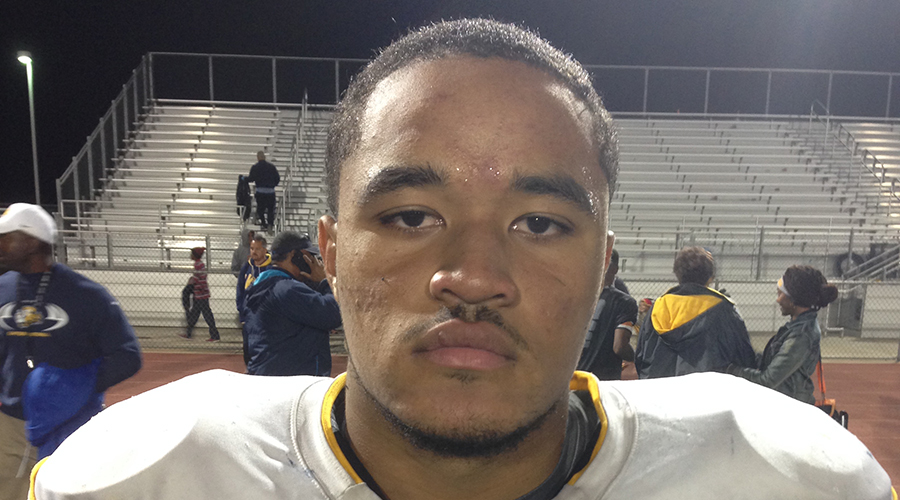 Lining up at linebacker, tight end, running back and even on most of the special teams units, Class of 2016 star Lokeni Toailoa was impossible to miss this past Friday night during Rialto (Calif.) Carter’s game against Romoland (Calif.) Heritage in the second round of the CIF-SS Inland Division playoffs.

“I love my team and I love football,” Toailoa said, “so if I need to stay on the field the entire game, you better believe that I’m going to be on the field all four quarters.”

But despite Toailoa’s best efforts, Carter ultimately fell to Heritage by a final score of 28-19, putting an end to what has been an extremely impressive season for the ESPN Junior 300 linebacker, as well as for his entire team.