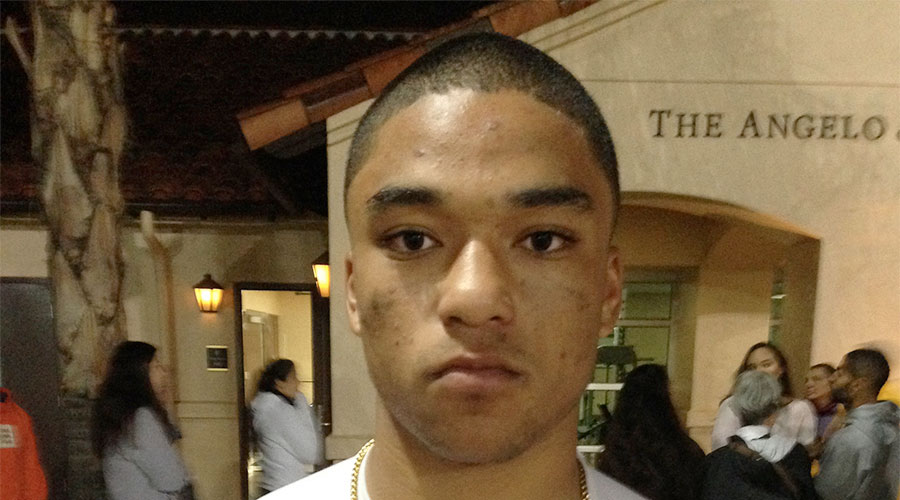 2014 has been a huge year on the field for Dylan Crawford, not only because the ESPN Junior 300 wide receiver has shined in terms of his individual play, but also because he’s played a significant role for a La Canada (Calif.) St. Francis team that has piled up victory after victory.

The Golden Knights improved their record to a perfect 11-0 this past Friday night as they took down Lakewood (Calif.) Mayfair 49-14 in the first round of the CIF-SS Southeast Division playoffs, thanks in part to another solid outing by Crawford.

“Getting the win tonight is huge,” said Crawford, who hauled in four catches for 75 yards and one touchdown, while also seeing time at cornerback in the contest. “We just went out here and competed every snap. We just have to do whatever we have to do to get that ring at the end of the season.”