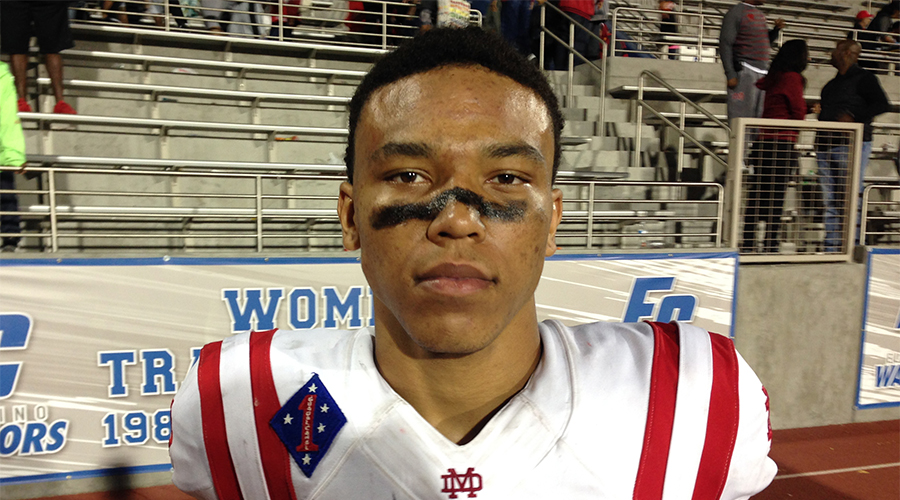 With the Trojans potentially able to take less than 20 players in the upcoming signing class, and 11 prospects having already committed, it’s going to be interesting to see how things shake out on the recruiting trail in the next two months for Clay Helton and his staff. Here’s a glance at where things stand at this point in time.

Notable prospects on the radar: None

Since the time of the Trojans and Matt Corral (Long Beach, Calif./Poly) parting ways back in June, USC has been linked with a number of quarterbacks committed elsewhere, including Utah-pledge Jack Tuttle (San Marcos, Calif./Mission Hills) and Washington State-pledge Cammon Cooper (Lehi, Id./Lehi). Right now, however, it doesn’t appear that any of those prospects are on the verge of flipping. With elite Class of 2019 signal-caller JT Daniels (Santa Ana, Calif./Mater Dei) having already verballed to USC, perhaps there is a chance that the staff will ultimately decide not to take one this time around. More than likely, though, the Trojans will make a serious run at somebody as signing day approaches – particularly if Sam Darnold bolts to the NFL – but who that prospect is remains to be seen.

Salahuddin has maintained that he’s a solid pledge ever since he verballed to the Trojans this past summer, and he definitely enjoyed his official visit on the weekend of Nov. 18. That being said, he’s also taken an official visit to North Carolina, and he still has trips lined up to Clemson and Virginia Tech, so the Trojans aren’t taking any chances, extending recent offers to Allen and Banks. Allen, in particular, is a prospect to keep an eye on. He’s had a huge senior campaign and he just came out with a top 6 that included USC as well as Arizona State, Cal, Fresno State, San Diego State and Wisconsin.

It wouldn’t be a surprise to see the Trojans take two or maybe even three receivers in this class, with Hunt serving as their lone pledge at the position at this time. Of course, the biggest fish out there is St. Brown, and USC is definitely in the mix along with Michigan, Notre Dame, Stanford and UCLA. Hall and Williams are two other names to watch, although Williams appears to be leaning toward Oregon. Olave, whom the Trojans offered earlier this month, will likely take an official visit to USC, but the staff has some ground to make up on Michigan, Ohio State and Utah.

With the loss of Cary Angeline from the roster, it would make sense for the Trojans to add a tight end in this class, but with the recent de-commitment of Camren McDonald (Long Beach, Calif./Poly), on top of Michael Ezeike (Ontario, Calif./Colony) pledging to Oregon, there just aren’t a ton of prospects remaining out there. Fortunately, USC is still very much in the running for Woods-Anderson, the No. 1 rated JUCO tight end in the nation.

USC has a stud in the fold in Dedich, who projects to center, not to mention a versatile prospect with a lot of upside in Douglass, and they could be looking to take two more players here. Carman is the most highly rated of the bunch, and the outstanding tackle is slated to visit the Trojans on Dec. 15. Sewell just took his official to USC on Nov. 18, and the trip left a positive impression, but Alabama, Nevada, Oregon and Utah are also all still very much in the running for his services. Beresford, a Washington State commit, just received a Trojans offer last week.

The recent addition of Trout to team with Letuligasenoa on the inside has the Trojans sitting pretty here, but you can expect the staff to add at least one more defensive lineman if they can, particularly with the potential departure of Rasheem Green to the NFL after this season. Both Smith and Thompson have already taken an official visit to USC, but the Trojans have plenty of competition there – particularly when it comes to Smith, who is thought to be leaning to Penn State and Ohio State.

Calvert, who suffered a broken leg this season, projects to the predator position, while Mauga is more of a SAM linebacker. The Trojans are definitely in the thick of things for both Martin and Wade, with Martin also considering the likes of Oklahoma, Texas A&M, UCLA, Utah, and Washington, and Wade still looking at Michigan and UCLA among others.

With a number of quality inside linebacker prospects still on the radar, and two current commits at the position, it wouldn’t be shock to see some movement here in terms of additions and subtractions in the coming weeks – and that goes for the outside linebacker positions as well as a number of these recruits are versatile enough to line up there. Between the outside and inside linebacker positions expect USC to sign no more than five prospects at the most, and it’s safe to say that the staff wants Tuliaupupu to be one of those. A prototypical inside guy, he’s also considering Notre Dame, Oklahoma, Ohio State, UCLA and Washington among others. Kaho visited USC earlier this fall, and the Trojans have a definite shot at flipping him from BYU.

The Trojans figure to want to take at least two cornerbacks, with Johnson already committed – although he could also conceivably line up at slot receiver. Taylor-Stuart has long been atop the wish list. The physical defensive back took in the Trojans’ victory over Arizona inside the Coliseum earlier this fall, and he’ll be back in December for an official visit. The Trojans are also doing well with Irvin, who is expected to take an official visit to USC at some point in the near future. Boykin, a Maryland pledge, and Williams, a Nebraska commit, took an official visit to USC on the weekend of the UCLA game, with Williams de-committing from the Cornhuskers soon afterwards. It will be interesting to see what kind of impact the coaching change at UCLA has on Griffin.

Likely to take one or two safeties, The Trojans are in on some talented prospects here. Hufanga recently took an official visit, and USC has also been doing well with Crosswell and Djibril – who could also wind up at linebacker – for quite a while. The real prize, however, might be Woodbey. The Ohio State pledge has been a regular at the Coliseum in recent weeks for Trojans home games, so the possibility of him flipping isn’t out of the question.

– Had nine tackles (3 solo) including half a tackle for a loss in a 35-13 victory over Henderson (Nev.) Liberty.

– Had five tackles (2 solo) and he returned a punt 55 yards for a touchdown in a 71-0 victory over Los Angeles (Calif.) Fairfax.

– Caught nine passes for 95 yards and one touchdown in a 20-17 victory over San Diego (Calif.) Torrey Pines.

– Had one interception, and he also rushed for a 12-yard touchdown in a 62-41 victory over San Marcos (Calif.).

– Had four tackles (3 solo) in the victory over Mission Viejo.

– Had eight receptions for 97 yards and one touchdown in a 70-56 victory over Oxnard (Calif.) Rio Mesa.

– Completed 10 of 18 passes for 199 yards and two touchdowns, and he rushed for 61 yards and one touchdown on two carries in the victory over Mission Viejo.

– Caught four passes for 32 yards and one touchdown in a 62-34 victory over Corona (Calif.) Centennial.

– Had one solo tackle and he returned an interception 30 yards for a touchdown in the victory over Mission Viejo.

– Caught a 23-yard touchdown pass, and he compiled two tackles on defense in the victory over Mission Viejo.

– Had nine tackles (6 solo) including three for a loss and one sack, and he also caught one pass for 51 yards in a 31-24 victory over Upland (Calif.).

– Completed 19 of 28 passes for 273 yards and three touchdowns, and he rushed for 109 yards and two touchdowns on eight carries in the victory over Centennial.