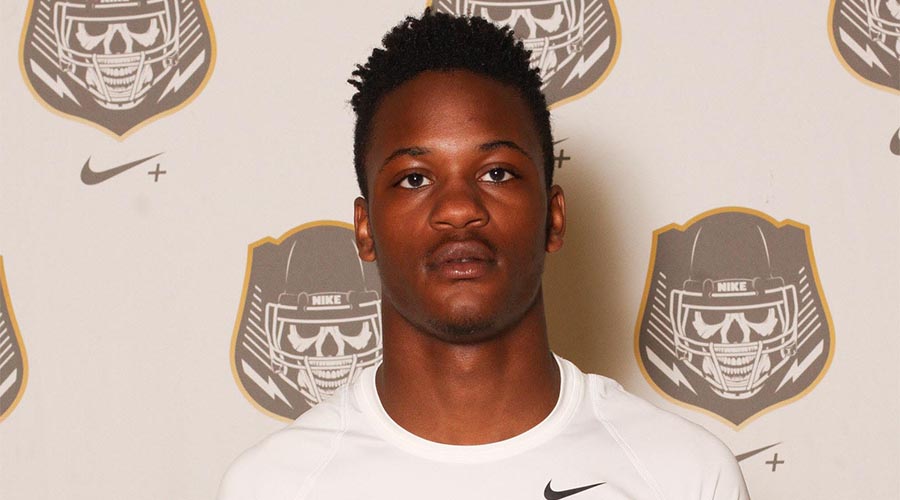 Now in the thick of the spring evaluation period, the Trojans coaching staff has been busy on the road, hitting up high school after high school, and dishing out some new offers along the way – including one to Class of 2018 cornerback Noah Boykin (Washington, D.C./Woodson) just last Wednesday.

Possessing 6-foot-2, 185-pound size and standout cover skills, Boykin is a big-time talent with offers from well over 30 programs. And while the Trojans are already doing extremely well with his equally high-profile teammate, tailback Mychale Salahuddin, who recently named USC as his leader, it’s too early to tell if the Trojans have a legitimate shot at Boykin as well just yet.

One indisputable fact that the recent offer to Boykin brings to the forefront, however, is that USC defensive backs coach Ronnie Bradford definitely wants more cornerbacks in his stable. In fact, it’s arguably the biggest position of need for the Trojans in the upcoming class.

The Trojans did ink a pair of corners from the Class of 2017 in Je’Quari Godfrey and Greg Johnson, but from all indications Clay Helton and Co. would have actually liked to have signed three. That means you can almost certainly expect them to sign that number this time around.

But with well over a dozen offers out to different cornerbacks from the Class of 2018, and more still going out, it’s safe to say that they aren’t willing to take any chances in this recruiting cycle.

– Not far from Boykin, the Trojans offered another top prospect just one day prior in Class of 2020 running back Blake Corum (Laurel, Md./St. Vincent Pallotti). Last season Corum rushed for 1,001 yards on 102 carries (9.8 yards per carry) with 18 touchdowns, and he already holds over a dozen offers.

– The Trojans also offered one more prospect late last week, this time closer to home in Class of 2019 receiver Joseph Ngata (Folsom, Calif./Folsom). The 6-foot-3, 180-pound standout also holds offers from UCLA, Utah, Washington and Washington State. He referred to USC as his ‘dream school’ in his Twitter post announcing his offer from the Trojans.

– Class of 2018 wide receiver Isaah Crocker (Sacramento, Calif./Inderkum) released his top 8, and the Trojans made the cut along with Cal, Nebraska, Notre Dame, Oregon, Oregon State, UCLA and Utah. His former teammate, Class of 2017 tight end Josh Falo, inked with USC this past signing day, although Oregon and Oregon State look to be in front in this one.

– One of the top Class of 2018 tailbacks on USC’s radar, Tavion Thomas (Dayton, Ohio/Dunbar) also narrowed things down a bit, naming a top 10, and the Trojans were included in this one as well. Joining USC was Alabama, Georgia, Ohio State, Oklahoma, Oregon, LSU, Texas, West Virginia and Wisconsin. He has expressed interest in visiting USC this summer.

– Class of 2019 cornerback Jeremiah Criddell (Rancho Cucamonga, Calif./Rancho Cucamonga), meanwhile, recently revealed that he has definite plans to check out USC this summer – for the Rising Stars Camp in June. He holds offers from Nebraska, Oregon, UCLA and Utah State at this time. The Ducks could be the team to beat here. He recently took an unofficial visit to Oregon, and two of his former teammates at Rancho Cucamonga, Thomas Graham Jr. and Jaylon Redd, signed with the Ducks this past signing day.

– Defensive end/tight end Kayvon Thibodeaux became the latest high profile southern California Trojans target to change high schools this offseason, transferring from Los Angeles (Calif.) Dorsey to Westlake Village (Calif.) Oaks Christian last week. One of the area’s most sought-after prospects from the Class of 2019, he holds over 30 offers, including one from USC.