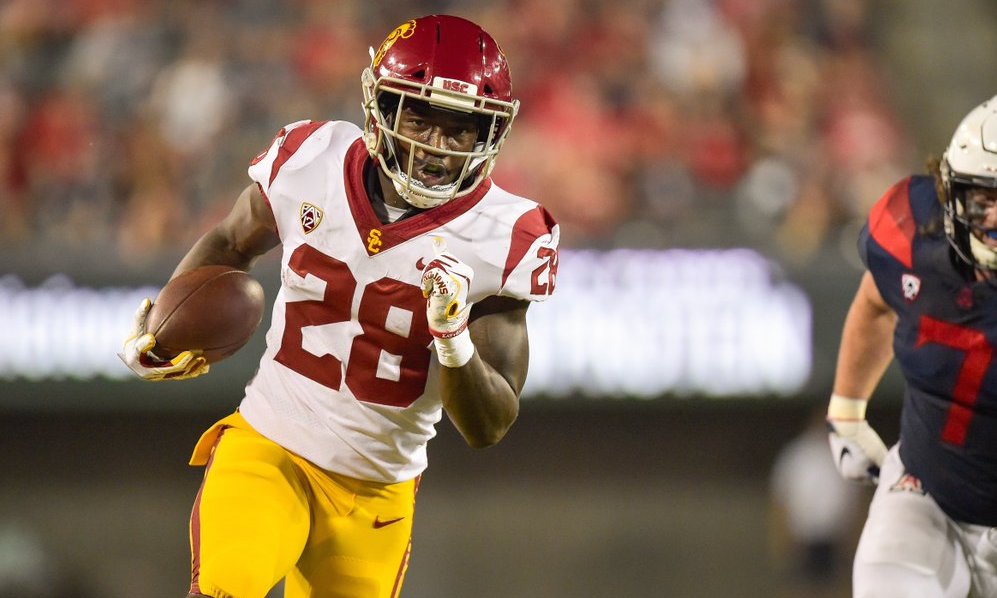 The Trojans got preparations started for Cal week with a full pads practice that featured a good energy following one of the more productive victories of the season. It was understood that the Oregon State Beavers aren’t going to be considered an elite opponent but anytime you can gain over 300 yards on the ground, including a 200-yard rusher and a 1-yard rusher, and also have six sacks on defense, it’s a day to feel good about, especially following the coaches turnover that took place earlier in the week.

Perhaps the area of practice I thought was most different today was the offensive, where there was a definite bounce in their step compared to what we’ve been used to seeing from them lately, and you have to credit a big part of that to the leadership from Tim Drevno, who made it clear that he had been the RB coach previously, and while he held the title of run game coordinator he was not the coach of the offensive line then, but he is now. I look forward to seeing where this goes for the last few games to see what kind of development we see up front.

This week offers a new set of challenges, however, with injuries to different key contributors (see injury report below) and it remains to be seen how they will be addressed. One big play that was good to see from a returning player today was Olaijah Griffin with an interception to end the day and a lateral to Marvell Tell. If Iman Marshall cannot go or is limited it would be a nice boost at the corner spot to have Olaijah available.

Injury-wise, good to get Olaijah Griffin back out here today, we’ll monitor him throughout the week but he looked good today. Greg Johnson is out with a shoulder injury and Iman Marshall is out with a foot/shoulder injury. Levi Jones is back afer a hip pointer and Matt Fink has started throwing again after being in concussion protocol, not cleared to be hit yet. Mike Pittman was held out due to a shoulder, Stephen Carr was held out due to a high ankle sprain. Pittman and Carr are going to be hard to see come back this week unless they really improve, Biggie tells me “coach, I’m coming back” but anytime you have a foot/ankle sprain on the inside you’re going to monitor it so we’ll see. At receiver we’ll have Tyler and Amon-Ra on the outside with Velus on the inside, then Devon and Josh on the outside and Tyler on the inside to go two deep at both spots

* Cal has one of the top 20 defenses in the country and I’ve always felt that good defenses were built down the middle. Justin Wilcox has Palmer, Weaver and Davis, that nose, that mike and that free safety are three of the top players in our conference right now. Offensively, when you look at them I’m a big fan of Patrick Laird, as much of a blue collar runner as we have in this conference. Trying to find their way at quarterback, and we have to prepare for both because they both play and they have two different styles.

* This was probably the toughest game for Sam as far as coverages and disguises, they do a tremendous job of showing you one thing and then bailing to another. You really need to have great communication not only for your quarterback but for that offensive line.

* We used the under center package for short-yardage and goal line and that’s a package we can expand upon because it was good to see that it was effective.

* Aca’Cedric Ware reminds me so much of Justin Davis, that blue-collar worker, just shows up and grinds. There are probably men who are bigger, stronger, faster but you’re going to get his best every day. I was so proud of him to have a 200-yard night and carry the load the way he did the other night. It’s kind of like Buck Allen, your most important year is your last, sometimes kids think it is their first but it’s their last and I think Ced is showing a lot of people what kind of back he can be at the next level.