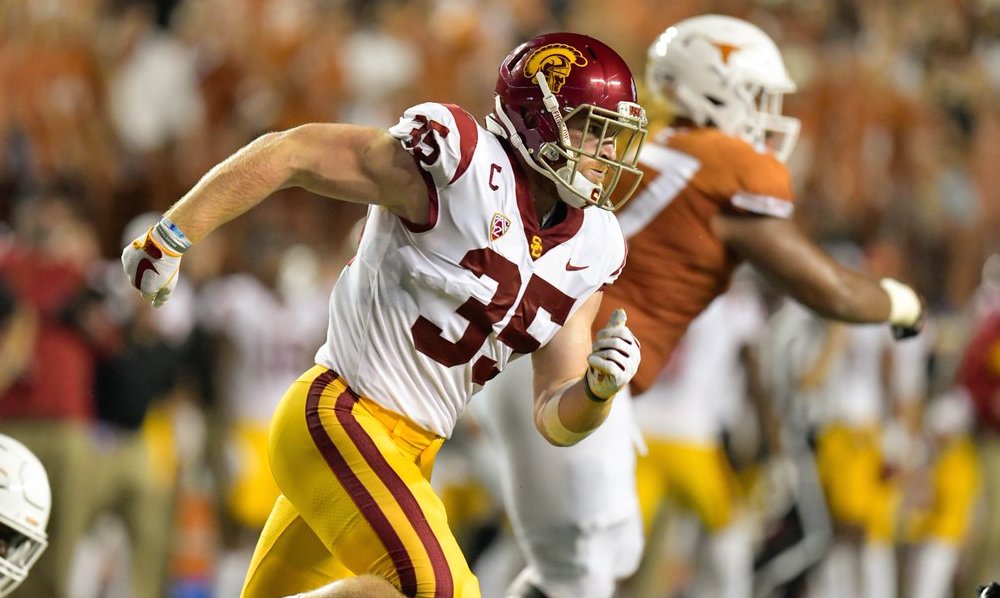 The Trojans returned to practice today with a lot of healthy bodies back at key stats and a lot of buzz about coaching moves that had been made in recent days..

Clay Helton spent a lot of his post-practice press conference talking about those coaching moves as they were not small moves, involving his offensive coordinator, offensive line and running back coach.

To recap, Tee Martin will no longer call offensive plays but will remain with the role of receiver coach and be heavily involved in recruiting.

“Tee had been my right hand guy for a long time but this is something I’d been itching to do,” Helton said. “I really settled on it Monday morning and I talked it over with Lynn, it’s something I know how big the job is to go and the ground work that goes into it.”

Helton said that previously Martin had been good enough to let the head coach call 3-4 plays per game, usually in the red zone, and that there had been some collaboration in previous years when Clay’s brother Tyson was on staff as QB coach.

With Callaway, the veteran offensive line coach had been one of the first hires Helton made at USC, and he was someone who Clay had known from coaching with his father. The longtime SEC coach had a solid resume but it just didn’t translate to the kind of production expected from the Trojan offensive line.

“It was one of the hardest things I’ve ever had to do but to keep him on would not have been a respectful thing to do.”

Tim Drevno served as the USC running back coach in 2018 and will move to take over the offensive line for the remaining four games, and likely take over in 2019 as well. He had previously served as USC OL coach in 2014.

“I had a sleepless night on Sunday, I knew I had to make some hard decisions.”

On Tuesday night after practice Helton received a vote of confidence during the Trojans Live radio show from USC athletic director Lynn Swann, who backed Helton and talked about supporting the direction of the program but who stopped short of specifically saying that Helton would be back in 2019. It’s important to remember that Swann once ran for governor, so it’s not a small omission that he didn’t guarantee Helton would be back in 2019, this was a rare public statement from Swann where he could have cleared that point up, but he didn’t.