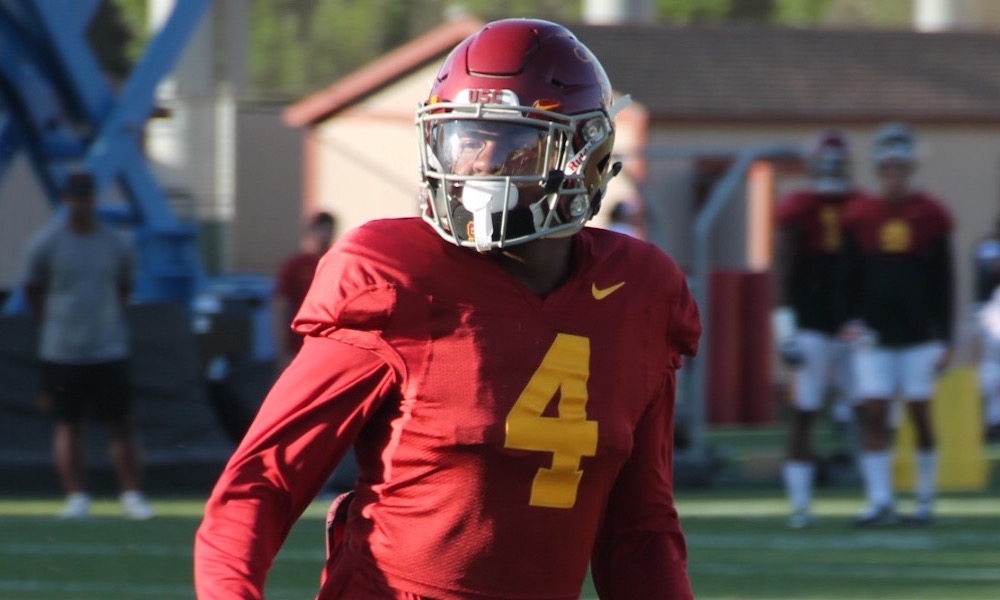 It was a hot afternoon on the USC campus and the Trojans went shoulder pads and shorts on a day that is usually reserved for full pads. There were some who thought the Trojans might break from the normal routine after the game in South Bend with an intense, physical practice but it was pretty much business as usual in terms of no live scrimmage tackling, etc.

USC head coach Clay Helton addressed the need to run the football, to develop the physical identity that he has so often said he wants as part of the offense, and if that can happen in time for the ASU game on Saturday.

“I think, in my opinion we need to win our one-on-one battles,” Helton said. “Looking at it last night I didn’t see a ton of missed assignments, we just lost our one-on-one battles. That’s about as simple as I can make it. And we were hoping to get RoJo going in that game. I told him to get ready, and hoping that he gets 25 touches in this game, and with that balance comes back to the offense because it’s what we run on. It’s how we throw.

“When you’re talking about physical beats, some of them are technical, some of them are fundamental…it could be as simple as your hats on the wrong place. Outside zone, I’m supposed to be on your outside shoulder rather than it being right there, that can create a physical beat. Like I told them in our team meeting, it’s the little things that I thought added up to physical beats, and we’ve got to get those little things right, whether it’s the exact correct step, whether it’s the exact correct hand placement, whether it’s lower pad level, those are all things that help you win one-on-one battles at the o-line. I’m an o-line coaches’ son by trade so I have a tendency to watch that film a little bit tighter.”

We did see the 1-on-1 blocking drill in practice that has taken place with linebackers and tight ends in recent weeks, and there were a few carries from Reuben Peters in an early drill on Brian Kennedy Field, along with a pair of Sam Darnold to Deontay Burnett touchdowns and a nice over the shoulder catch of a deep ball from Velus Jones for a score. We also saw several plays from Jalen Greene as he gets acclimated back to action after missing time due to concussion protocol, and Jalen Jones also had multiple pass break-ups on the day.

In the special teams kicking period, we saw Damon Johnson return as the snapper for both punts and field goals.

In birthday news, Trevon Sidney got the ice bucket treatment from Tyler Vaughns and Greene to celebrate his big day.

Sam Darnold – when asked about media report that he has decided to return next year.

“Uh no, there hasn’t been any change in my thinking. I will look at that after the season.”

“Injury-wise, we held Iman Marshall for a knee injury. Steven Mitchell has a shoulder injury, so he was held today. Josh Fatu continues to get well. Porter Gustin began doing some light running today, which was great to see. Nico Falah actually went through practice, he had a chest contusion that he was actually cleared and went through practice. And Stephen Carr actually got a little bit, about four or five periods today, a little bit of change of direction as he’s trying to come back, and hopefully will be back soon.”

What were the results on Marshall’s MRI?

Is there hope Fatu will play this weekend?

“There is hope. He’s listed day-to-day. I’ll be able to know later. He’s starting to do some treadmill running and things like that, but we’ll see by the end of the week.”

What about with Carr?

And you said Marshall is day-to-day?

How did you think Isaiah Langley looked in the game?

“I challenged him yesterday in fact. I said, ‘hey, you’ve got a great opportunity. Let’s make the most of it. Let’s prepare like a champion. Let’s prepare like a pro.’ And he had one of his better practices out here today. He won some battles, and he lost some battles in that game, and we’re going to need him to step up because at some point in time he’s going to be matched up with N’Keal [Harry] and have to win that battle. So, I thought it was one of his better practices of the season today.”

Did Jamel Cook get in the mix today? He didn’t make the trip to Notre Dame.

“We’ve got two-deep right now, I know he’s in that two-deep. Plus, you look at Ajene [Harris] right now. Ajene can actually go out, and Y.K. [Ykili Ross] can come in at nickel too, so we’ve got some pieces. As we always do we try to mix around and double-train. So, between Jamel, Langley, Ajene and Jack [Jones], we feel like we have enough out there.”

Where are you on the punt return situation?

“You know, they’re competing this week. I thought Jack showed some really nice flashes in the game. Did not make a poor decision in my mind trying to fair catch that ball. You know, you’re sitting there at the 10, you take a step up, take a step back, you’re on the nine, it’s too close of a call to make a full-speed decision. He fair catches, which I thought was the right decision. Now just make the play. When he did make the play, I think he averaged 13 or 14 yards a return, and really showed some explosiveness. He gives us a great opportunity maybe to hit a home run shot, and I’m a big fan of non-offensive touchdowns. So, we’ll continue to improve him, Ajene, we actually worked Trevon Sidney a little bit today, which is another guy competing. So, we’ll go through the week the end of the week and see where we end up.”

You met with Michael Pittman, about his father’s comments on Twitter I assume?

“I don’t know about the father’s comments. I did meet with Mike. I meet with a lot of our players just about where they’re at, how they can improve, what we can do to improve as a player, how he can help our football team. Mike is a good player. He really has the opportunity to be special. It’s good that he’s finally getting healthy. He had a great training camp up to his injury, and now he’s getting healthy. He’s helping us on teams, he’s been an exceptional role player. Now, with Steven [Mitchell] down, he has an opportunity to maybe step in there and make some big plays for us. But he has a very, very bright future, and I told him that, and I told him how we can get better, and how we can keep moving forward.” 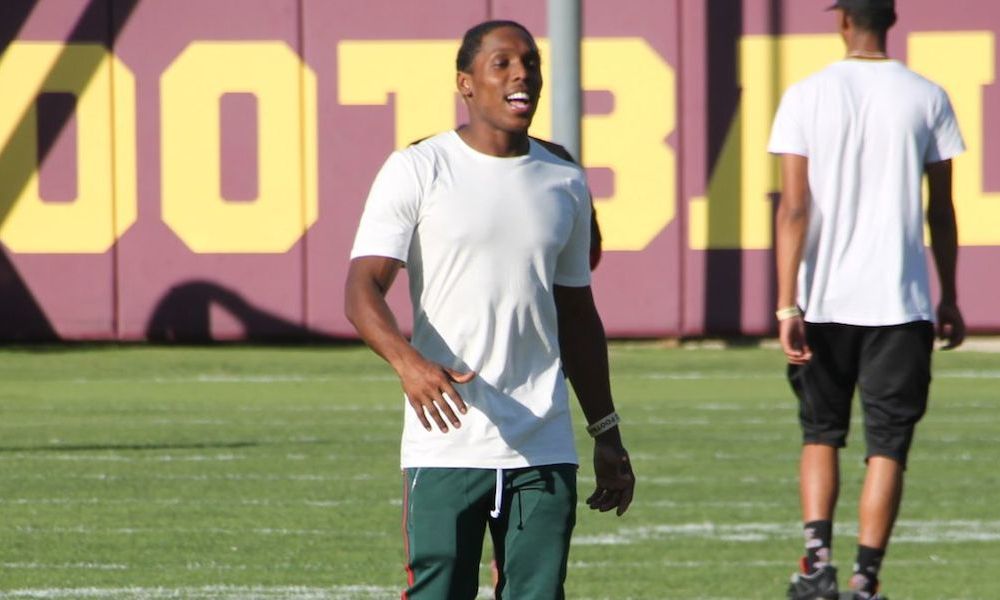