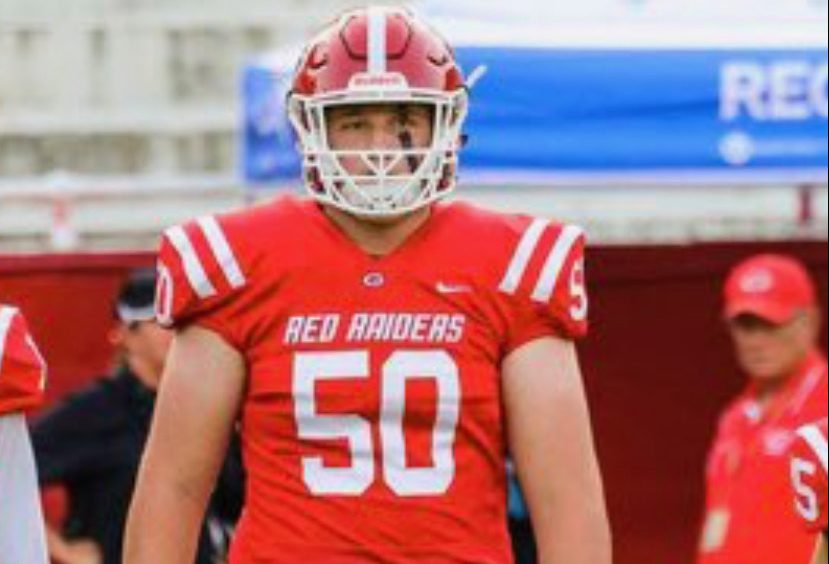 Even without camps and visit, offensive tackle Collin Sadler (Greenville, SC/Greenville) has had a big summer as far as his recruitment goes. Since the beginning of June, the four-star lineman has picked up offers from Alabama, Clemson, Georgia, LSU, Notre Dame and now USC, as the Trojans extended an offer this past weekend.

Sadler said the fact that he now holds offers from so many big-time programs isn’t a shock him, but he was a little surprised by how they flooded in.

“I was prepared for it,” Sadler said of the offers from the aforementioned programs. “My coach always told me they would come.”

The 6-foot-6, 295-pound tackle is the nation’s No. 181 overall prospect (the No. 53 overall prospect in the ESPN Jr. 300) and is an interesting target for the Trojans. While he was expecting offers to come in, USC likely wasn’t one of the schools he had in mind.

“It was completely out of the blue,” Sadler said of the offer from USC offensive line coach Tim Drevno. “It definitely grabbed my attention right off the bat when they said they only go across the country for guys they think are first-round draft picks.”

Sadler said he has limited knowledge of the USC campus and football program, but what he does know provides incentive enough for him to try to schedule a visit as soon as possible, and he looking forward to learning more about the school and the football program.

Sadler said that to this point, every coach who has extended an offer has commented on his ability to bend as an offensive tackle and his ability to finish plays. That second part, playing through the whistle, is something Sadler knows he brings to the field. And the determination to do that has been a common theme among players offered by USC in the 2021 and 2022 classes.

“I’m definitely an aggressive player,” he said. “I go 100% every snape of the game. I think the thing I’m working on most now is my general technique. Sometimes last year I sacrificed technique for aggression.”

Sadler is going into this recruiting process with an open mind, and his family is doing the same. He said his father is from Iowa and a big Alabama fan–“I’m not really sure how that happened,” Sadler said–but he’s a neutral party as Sadler goes through the process.

“We don’t really root for anybody,” he said. “We’re looking for the place me and my family like best.”

But the offer from Clemson undoubtedly stands out for Sadler.

“That was definitely a big one,” he said. “That’s the hometown hero team in South Carolina. That was a big one. I’d be lying if I said it wasn’t.”

Clemson will also be difficult to beat for Sadler in that he’s talked about playing at the next level along with five-star offensive tackle Gunner Givens (Daleville, Va./Lord Botetourt) and four-star tight end/wide receiver Jaleel Skinner (Greer, SC/Greer). USC, like Clemson, has offered Givens at this point, but not Skinner.

While USC might be facing a bit of an uphill climb to truly get into the recruiting race for Sadler, it represents an important challenge for the Trojans. At this point, the highest ranked 2022 offensive tackle in California is Earnest Greene (Bellflower, Calif./St. John Bosco), who checks in at No. 48 overall but has been moved to offensive guard in the 247 Sports rankings. After Greene, the next in-state offensive tackle is all the way down at No. 40 at the position nationally.

That makes landing an elite out-of-state offensive tackle or two a priority in the 2022 class for USC, as the Trojans have gotten off to a good start in looking to get into the mix for a number of them. There isn’t a desperate need for offensive tackles in 2021, especially after USC signed at least three potential tackles in the 2020 class and have two more committed in the 2021 class. But the Trojans seem set on not getting caught under recruiting the offensive line moving forward, so bringing in a handful of impact guys along the line every year looks like a priority.