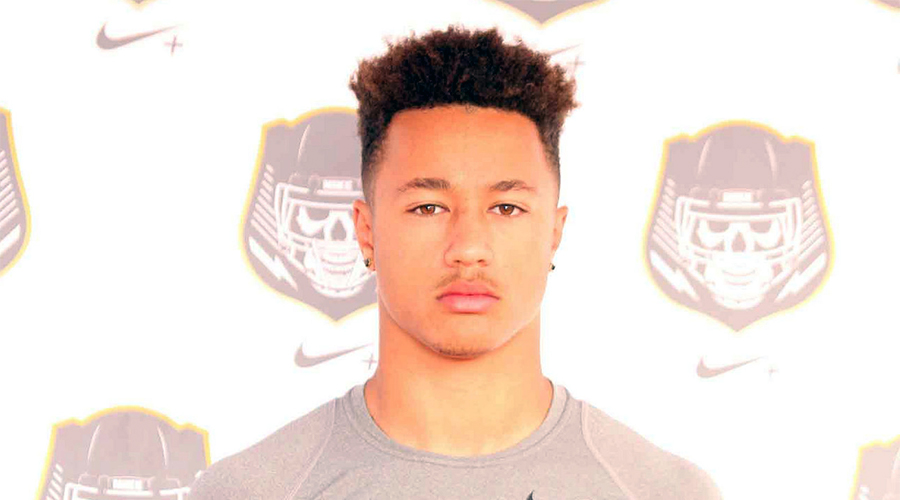 Heading into USC’s 7-on-7 tournament on Sunday, fast-emerging Class of 2018 wide out Chase Williams (Corona, Calif./Eleanor Roosevelt) had, above all else, just one thing on his mind. And while he admits that he had given quick thought to the possibility of coming out of the event with a Trojans offer, that’s not what it was.

“I was really just focused on helping my team to go as far as we could,” said Williams, who played for an Explosive Athletic Training (EAT) team that made it all the way to the championship game before going down in defeat. “It was our last tournament so I just wanted to go out strong. I was more focused on that than anything else.”

So when, after a stellar showing, USC head coach Clay Helton did, in fact, pull Williams aside following the event to extend an offer his way, it’s safe to say that the 6-foot-2, 185-pound receiver was more than just a little taken aback.

“I’m still in shock,” Williams said. “It really hasn’t hit me yet that I got that offer. It’s just a huge school to get an offer from, and I was completely excited. My jaw dropped when Coach Helton told me. I had to double-check with him to make sure.”

Also currently holding offers from Cal, Fresno State, Washington and Washington State, Williams admits that the offer from USC is one that he’s always coveted.

“It’s really big for me,” said Williams, who caught 34 passes for 620 yards and six touchdowns as a sophomore. “Just to get an offer from USC means a lot. It’s one of the biggest football schools traditionally. Just shaping you into an NFL player, which is one of my dreams – they’re really known for that. And education-wise, it’s a really good school.”

While he’s spoken briefly to USC wide receivers coach Tee Martin on a few occasions in the past, as a member of the Class of 2018, Williams’ contact with the Trojans staff has been somewhat limited, which made the offer even more of a surprise.

“I know one of my coaches had been talking to Coach Martin, and that was mostly it,” Williams said. “I haven’t been able to have that much contact with them.”

Though the offer from USC is obviously significant for Williams, the talented pass-catcher is nowhere close to being able to declare a leader or list of favorites.

“As of right now, I’m wide open,” said Williams, who plans to wait until just before the start of his senior campaign on the field to make a commitment to the school of his choice. “I don’t really have a specific school that I’m set on. I’m just trying to focus on getting better, and then hopefully more offers will come.”

As the recruiting process undoubtedly begins to heat up in the coming months, Williams has some specific factors that he’s keeping in mind as he looks at each school.

“Most importantly, I just want to find a major that I’m really going to like at a school,” Williams said. “As of right now I want to major in kinesiology, so I can kind of stay in sports. That’s one of the main things that I’m looking at. Other than that, I’m going to be there for four years, so I want to have coaches who I’m going to have a great relationship with and who just fit my personality.”

Having already attended camps at Washington and Washington State, up next for Williams is a University of Arizona camp being held at Corona (Calif.) Centennial this coming Friday. Following that, he will head back to USC on June 22 to participate in the Rising Stars Camp.