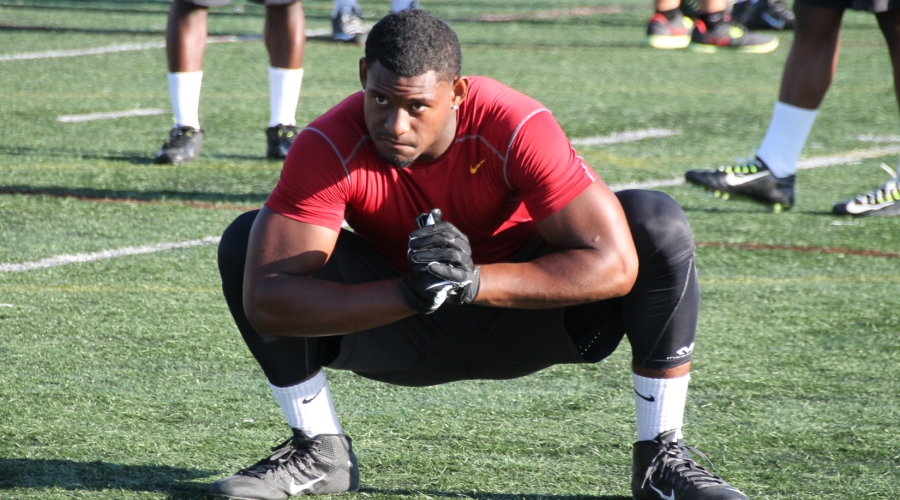 LOS ANGELES – We are told by many cardinal and gold aficionados that the 2015 USC Trojans offense will be as explosive as any in recent memory, and that the only way to stop a Steve Sarkisian’s monstrosity of points machine would be to line up the Seattle Seahawks defense as a buffer.

Certainly questions about the Trojans 2015 offense will come up at some point during Friday morning’s Pac-12 Media Day at Warner Brothers Studios in Burbank, and the interrogators of Trojans head coach Steve Sarkisian and quarterback Cody Kessler hope to get some unfiltered, preseason answers.

Checking last season’s tote board of numbers, one sees that the Trojans offense was held under 20 points just once, and that was at Stanford in a defensive slugfest that the Trojans survived 13-10. The Trojans 2014 offense scored 50 or more points twice, 40-49 points three times, 30-38 points four times, and 20-28 points three times. Strictly on average, last season’s offense averaged 35.8 points per outing.

The numbers looked good for the most part in 2014, but how will they translate into the 2015 season?