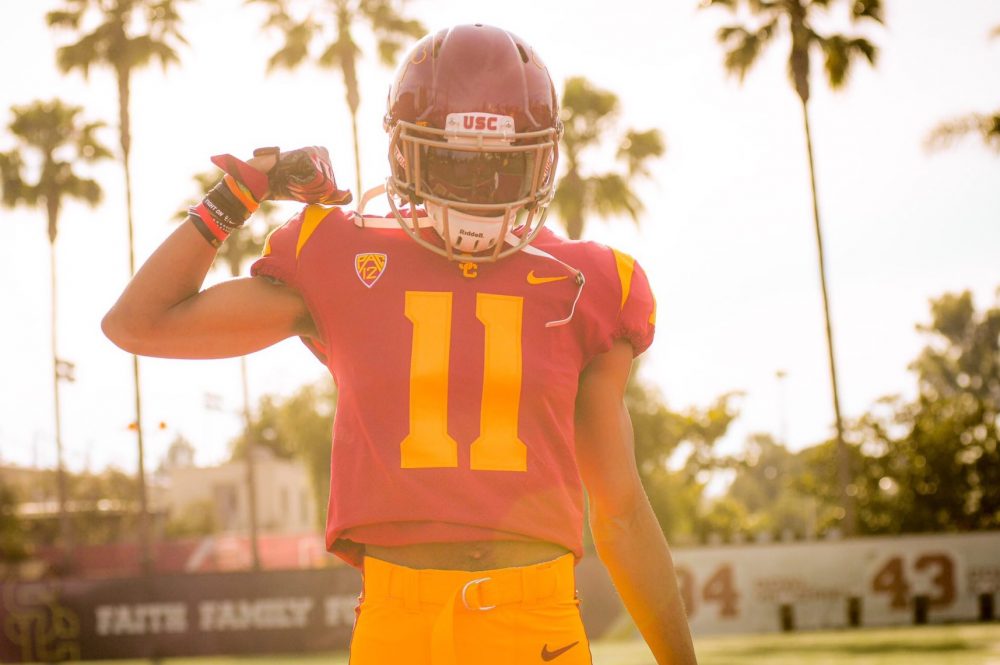 The Trojans were eliminated, along with LSU, from Franklin’s final six schools.

This likely ends an impressive streak for the Trojans, as USC has signed California’s top wide receiver prospect in five-straight classes and–accounting for “athletes” who became receivers in college–nine out of the last 11 classes, dating back to Robert Woods in 2010.

USC’s wide receiver depth chart is stacked with talent in 2020, but this is still a bit of a blow to USC’s strong recent recruiting momentum. Franklin’s talent made him an important prospect to every program chasing him this year, and it was going to be a test for the Trojans to see if they could make up the ground that Oregon and Washington had gained early in the process.

That top four, with three Pac-12 rivals–and three programs that never hesitate to flaunt their success recruiting California prospects–is not something the Trojan coaches want to continue to see when it comes to the best in-state prospects.

The Trojans have done much better recruiting the state in the 2021 class than they did in 2020, when USC signed just two of the state’s top 30 prospects. Already, USC holds commitments from six of the top 30, with a shot at grabbing at least five more. And as mentioned, USC would be just fine on the field in 2020 and probably 2021 if it didn’t sign a single wide receiver in this class. Tyler Vaughns and Amon-Ra St. Brown return as veteran options this fall, and Drake London will be counted on again as a true sophomore. Second-year players Kyle Ford and Munir McClain showed glimpses last year of what they are capable of giving, and redshirt freshmen Bru McCoy and John Jackson III should be ready to contribute as well. And true freshman Gary Bryant Jr. and Joshua Jackson Jr. impressed during the one and only spring ball practice in mid-March.

USC does hold one commitment from a wide receiver in this class, as four-star prospect Quay Davis (Dallas/Skyline) committed to the Trojans in early May. USC is also in on three-star receiver Michael Jackson III (Las Vegas/Desert Pines), who said USC coaches have told him he reminds them of St. Brown.

From there, wide receiver recruiting looks very interesting, as Oregon and USC will go head-to-head for a number of prospects. They’ve gone out ahead with Franklin and are also in the mix for Jackson. Oregon and USC are finalists for four-star receiver Dont’e Thornton (Baltimore/Mt. St. Joseph)–the nation’s No. 47 overall prospect– and both programs could also compete for fast-rising speedster Xavier Worthy (Fresno, Calif./Central East), the nation’s No. 209 prospect. Oregon already holds a commitment from four-star receiver Kyron Ware-Hudson (Santa Ana, Calif./Mater Dei), the No. 131 overall prospect.

With 13 commitments, USC’s recruiting class is ranked No. 5 in the nation, though the Trojans rank just behind Oregon in the Pac-12 when it comes to average rating per commitment.