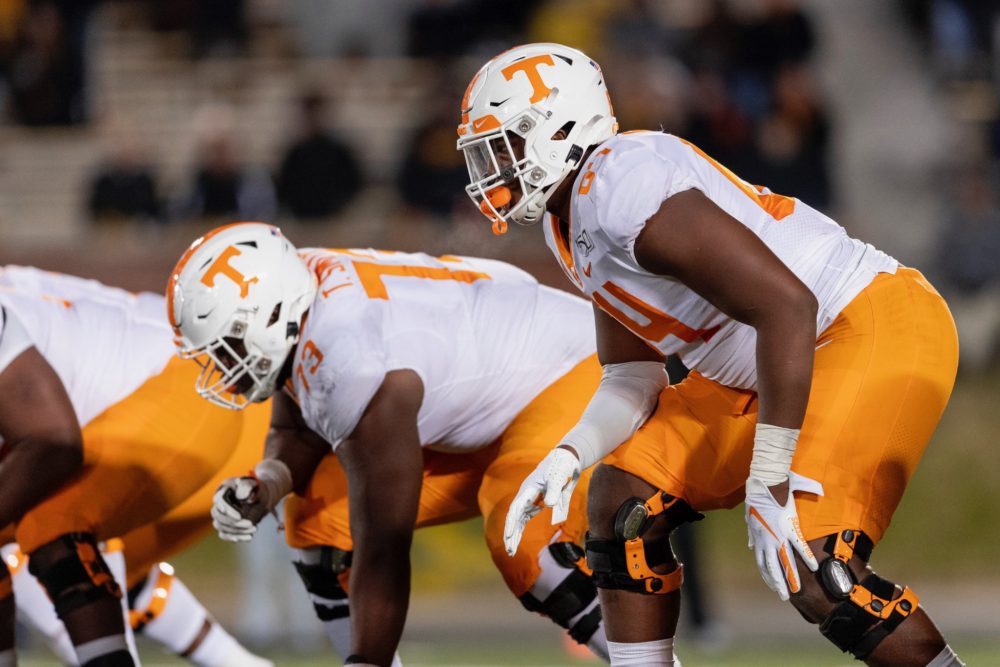 Prior to the 2019 season, USC had a hole at offensive tackle and filled it with a transfer from Tennessee. Two years later, the Trojans are looking to do the same thing, as former five-star offensive tackle Wanya Morris is leaving Tennessee and announced Friday that USC is among his final three transfer destinations.

On Friday, Morris announced that he’ll next suit up at Texas A&M, Oklahoma or USC.

Oklahoma is definitely a potential spot for Morris, but there’s a clear hole at left tackle at USC, with Alijah Vera-Tucker off to the NFL. The Trojans could turn to several players on the roster, as veteran Jalen McKenzie could move over from right tackle, or left guard Andrew Vorhees could slide out, making the same move Vera-Tucker made the previous year. USC also has second-year players Courtland Ford and Casey Collier, as well as third-year lineman Jason Rodriguez who could get a look. But adding Morris would give the Trojans a player with left tackle experience at this level, and it’s clear that there is a plan to add a transfer body along the line of scrimmage this offseason.

There is a thought about Morris that mirrors what came with Drew Richmond, who transferred from Tennessee to USC as a grad transfer and eventually took over the starting right tackle spot for the 2019 season. Richmond was the nation’s No. 56 overall prospect in the 2015 recruiting class, but never quite lived up to that lofty ranking in college. But he was serviceable at USC, in a year where the number of offensive line bodies for the Trojans were short. Morris was named to various preseason All-SEC teams, but was not present on those same lists at the end of the year. Still, he brings a lot to work with, and he would have at least two years of eligibility remaining, rather than coming in a grad transfer with just one, as Richmond did.

USC signed six offensive linemen in the 2020 class and will bring in at least three more in the 2021 class, but none have the pedigree or the experience that Morris would bring.

The Trojans obviously have a ready-made pitch in hand, as they can show Richmond’s path from Tennessee transfer to USC starter. But a very interesting aspect of this recruitment is that USC is doing it without an offensive line coach in place, as the Trojans let Tim Drevno go several weeks ago.