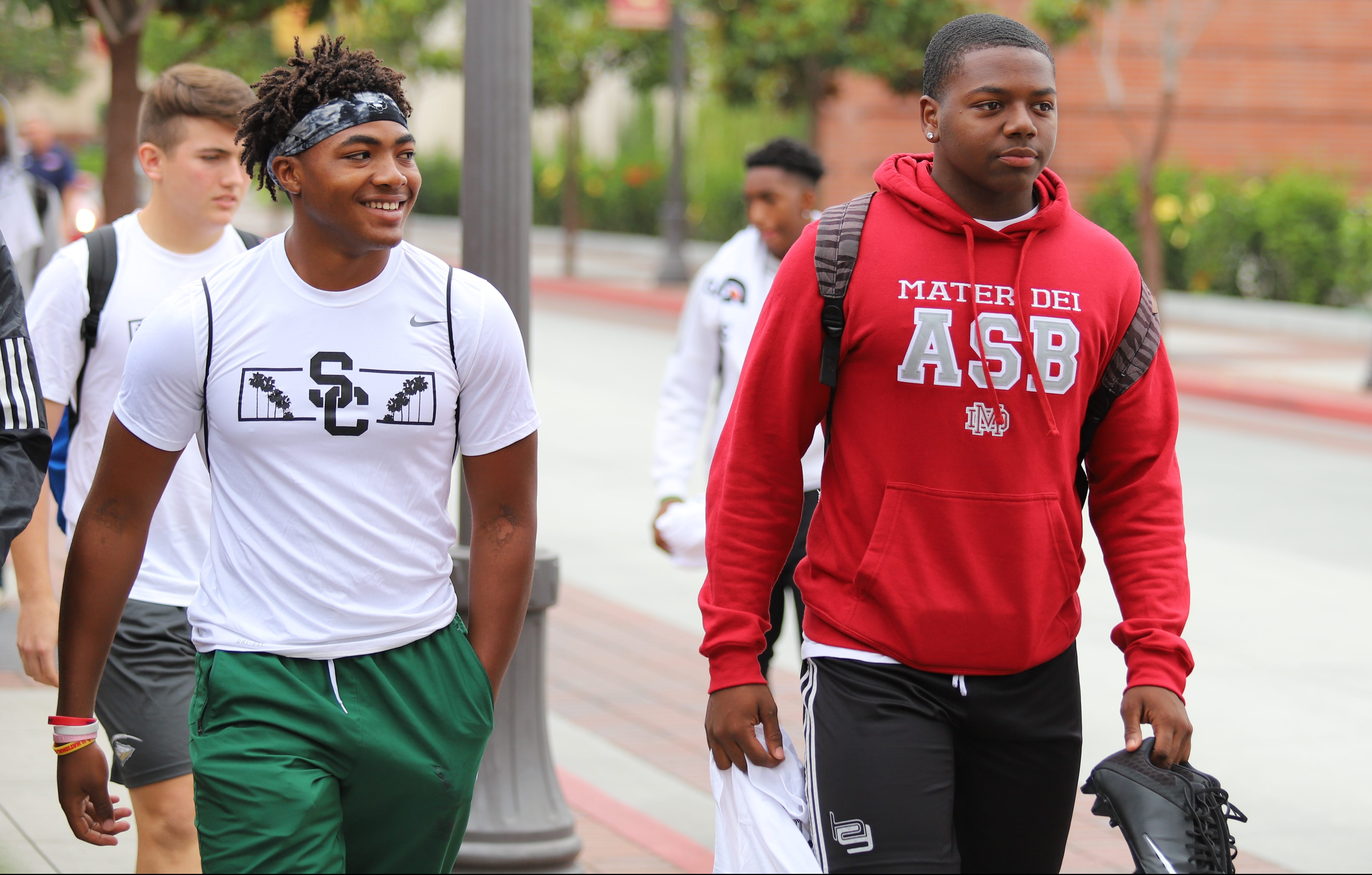 A vast majority of the 2021 class is signed and delivered for the USC Trojans, but there are still a few targets remaining that head coach Clay Helton and assistants would love to bring into the program on the traditional signing day, February 3. One of those is four-star linebacker Raesjon Davis (Santa Ana, Calif./Mater Dei), who announced his top five schools on Sunday.

The 6-foot-1, 215-pound Davis committed to LSU on January 1, 2020, but announced his decommitment on December 21. USC was immediately considered the frontrunner for his commitment at that point, and it felt as though the Trojans were trending even before the announced decommitment.

Now, USC is joined by LSU, Ohio State, Oregon and Vanderbilt as the final five schools for the standout linebacker, who will announce his commitment on signing day.

A commitment from Davis would put the bow on a massive finish for the USC recruiting class. The Trojans landed No. 1 overall prospect Korey Foreman during the early signing period, though Foreman waited until early January to announce where he’d signed. On the same day Foreman announced, four-star cornerback Ceyair Wright also announced his commitment to USC. If the Trojans are able to land Davis, it would mean three of the top five and four of the top eight in-state prospects are headed to USC.

Davis brings some positional versatility on the defensive side of the ball, as he could play inside or outside linebacker, or potentially even play safety given his athleticism and ball skills. While he would be an important piece on the field, he’s another big piece off of it as well, as it would give USC two signees from Mater Dei, a school where USC has always done very well but recently the stranglehold the Trojans have had on the school has definitely loosened a bit. Grabbing both Davis and wide receiver Kyron Ware-Hudson in the 2021 class could play a big role in going after elite 2022 prospects in cornerback Domani Jackson, linebacker David Bailey, wide receiver C.J. Williams and running back Raleek Brown.

USC holds the nation’s No. 8 recruiting class at this point, but the Trojans have signed just one linebacker in the 2021 class, in four-star prospect Julien Simon (Tacoma, Wash./Lincoln).