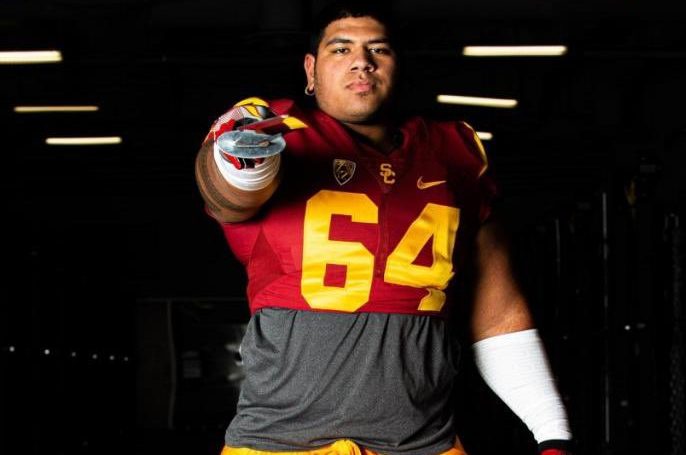 The 6-foot-3, 350-pound offensive guard will be hoping to get on the field this fall, as he had to sit out all of last season after transferring from San Diego Cathedral Catholic to San Juan Capistrano (Calif.) JSerra. Maseuli then transferred to Mater Dei this past offseason, where he joins a loaded offense and is hoping to block for USC quarterback commit Miller Moss.

USC extended the offer back in January, as it was one of several programs to offer Maseuli around that time.

Maseuli is massive and was dominant in the run game as a sophomore. He’s athletic enough to pull and get into the second level and he played along the defensive line as well. If there is no high school football this fall, there is a chance that a school will need to sign Maseli without seeing game action over his final two seasons, but clearly he’s done enough to warrant attention from some big-time programs.

USC already holds commitments from three offensive linemen and signed six in the 2020 recruiting class, but it’s clear the Trojans would like at least one more in the 2021 group. USC offered Notre Dame offensive tackle commitment Blake Fisher (Avon, Ind./Avon) on Monday, though the nation’s No. 51 overall prospect said he’s firmly committed to the Fighting Irish.

Maseuli would give USC another big body offensive guard in this class, to go along with 6-foot-6, 380-pound lineman Maximus Gibbs (Bellflower, Calif./St. John Bosco). There is some position versatility with the six signees from last year, but it does seem like a majority of them could wind up at tackle, so adding a few guards in this class makes sense.