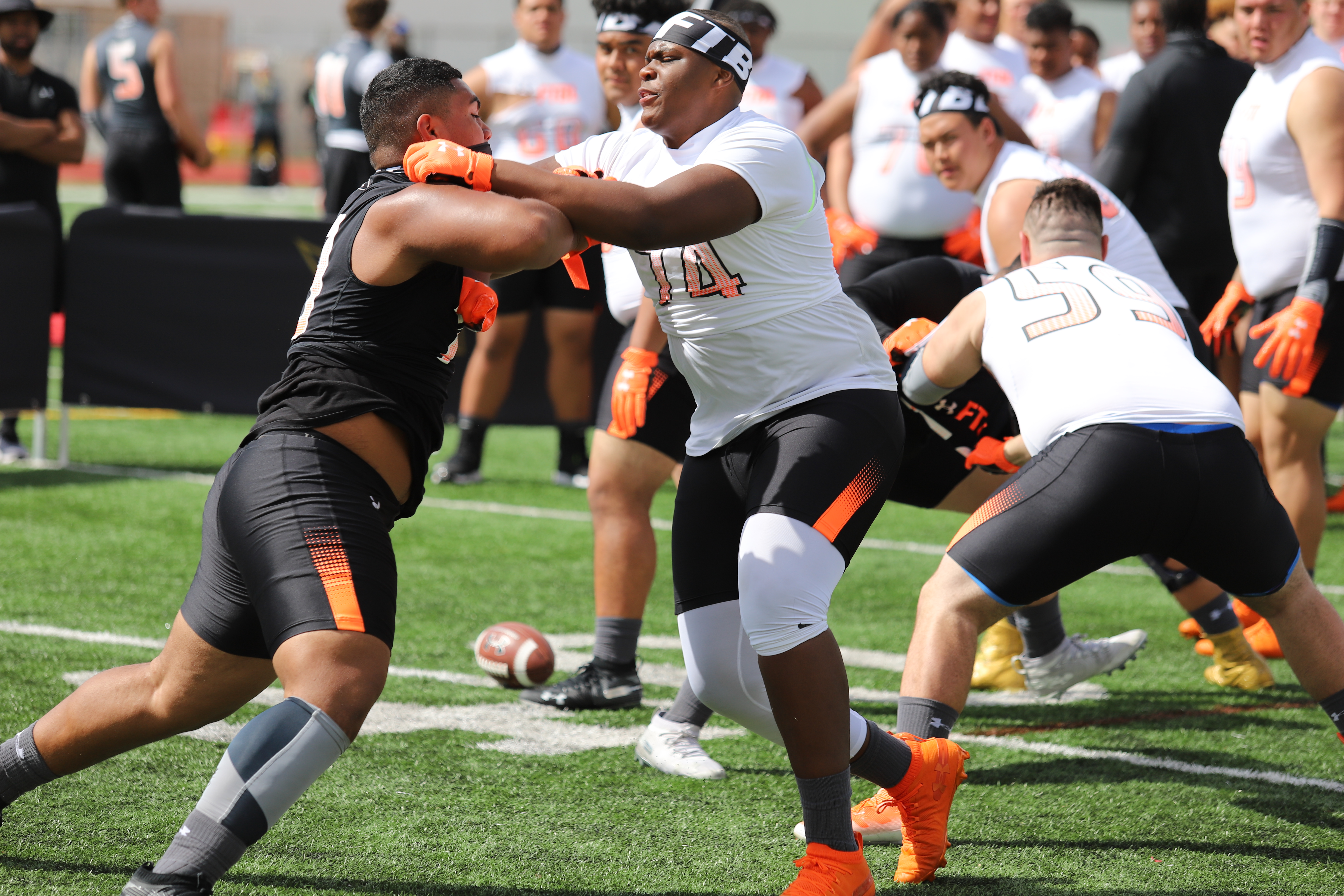 Not only is Greene a very talented player as the nation’s No. 52 overall prospect, he plays a position where USC has struggled to land elite recruits over the past several years.

Since the 2017 class, when USC signed Austin Jackson (the nation’s No. 35 overall prospect), as well as Alijah Vera-Tucker (No. 114 overall) and Brett Neilon (No. 208 overall), the Trojans have signed just one offensive lineman ranked higher than the No. 299 overall recruit. That was center Justin Dedich, in the 2018 recruiting class (No. 110 overall). In the following three classes, USC’s highest-ranked offensive line signee has been Jason Rodriguez (No. 299 overall), Jonah Monheim (No. 356 overall) and Mason Murphy (No. 387 overall).

California does not typically produce five-star or even many four-star offensive line prospects, so reeling them in when they pop up is vital to USC building it’s front line. In fact, Greene is the No. 6 prospect in California regardless of position, and the next offensive lineman until three-star offensive tackle Kenji Swanson (Chatsworth, Calif./Sierra Canyon) at No. 37 in the state and No. 501 in the country. Those are the only two California offensive linemen among the state’s top 50 prospects at this time.

USC should be difficult to beat for Greene, a 6-foot-4, 330-pound wrecking ball who plays tackle and could likely play inside or outside in college. The Trojans will have an advantage with teammate, USC signee and fellow St. John Bosco offensive lineman Maximus Gibbs spending this spring blocking alongside him and also in his ear constantly about joining him at USC.

But this is going to be a national recruiting battle, as USC and Oregon are the only two Pac-12 schools that made the top-10 list for Greene.

Alabama, Florida, Georgia, LSU, Ohio State, Oklahoma, Texas and Texas A&M also made the cut, as Greene is looking at 10 programs that all finished in the top 16 of the 2021 recruiting rankings.

USC did get an early commitment from three-star center Dylan Lopez (Bradenton, Fla./IMG Academy), formerly at Moreno Valley (Calif.) Rancho Verde, but has moved out to Florida for his final year of high school.

USC is in the mix for a number of national four and five-star offensive linemen, and there are several West region targets in Utah and Washington this season, but starting at home with Greene is going to be huge for USC in this class and potentially for the future of the Trojans’ offensive line.